The Violence of Rhetoric and the Rhetoric of Violence 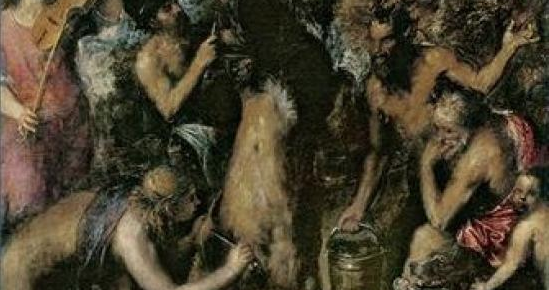 The authors of Texts and Violence in the Roman World explain why ancient history is still quite relevant in today's current climate.

Recent shocking events in the USA – the Pittsburgh synagogue shooting and the letter-bombs directed at prominent Democrats and critics of President Trump – have once again raised questions around violent rhetoric and its effects in the real world.  Meanwhile, debates about screen violence and its possible impact on consumers, particularly the young males who predominantly play video games, continue to rumble on.  As politically engaged individuals who are also long-standing fans of the cinema, we had often found ourselves discussing issues like these when we began to wonder whether representations of violence in ancient texts might not be equally problematic.  To take one example, how might contemporary audiences have responded to the violence threatened against slaves in Roman comedy?  Or what kinds of reaction might have been provoked in readers by the graphic depiction of wounding and mutilation so pervasive in Latin poetry?  Was literary violence found entertaining, threatening, or unsettling – and how are we as modern readers to respond?  Does such represented violence tend to reinforce social norms or call them into question?  What is the relationship between violence and gender?  Violence and language?  Violence and social class?  We were delighted to assemble an outstanding international team of classicists to reflect on these questions in our book Texts and Violence in the Roman World.

We were keen that the book should include a wide range of periods and genres, and our contributors stepped up to the mark in fine style, covering a vast field from comedy to historiography, philosophical didactic to Christian martyr-literature, tragedy to love-elegy.  As contributions to the volume came in, common threads began to emerge, along with different perspectives – for example, on the extent to which authors may be held to exercise control over readers’ reactions to their texts: some of our contributors saw the relationship between text and reader as one of constraint, where the text manipulates the reader into responding in particular ways, others as a more two-way affair, in which individual readers have the power to question or reject a text’s overt message, or are stimulated to reflect on issues that a work opens up but does not resolve.  The opposition between objectification and empathy is another prominent concern in the collection: do we enjoy violent episodes because we feel ourselves distanced or detached from the victims, as radically other than ourselves, or can the pleasure of the text come from imaginative (masochistic?) identification with those against whom violence is perpetrated?  In writing our introduction, we tried to bring out some of these running themes, while also exploring the relationship between textual, interpersonal, and systemic violence in the society in which they were created.  It was a fascinating and thought-provoking journey for us, and we believe that our contributors’ insights into the workings of Roman textual violence will open up new perspectives for our readers, both on ancient literature and on social and cultural phenomena in our own world.

About the Author: Monica R. Gale

Monica R. Gale is Professor in Classics at Trinity College Dublin. Her publications include Myth and Poetry in Lucretius (Cambridge, 1994), Virgil on the Nature of Things: The Georgics, Lucretius and the Didactic Tradition (Cambridge, 2000), and a commentary on Lucretius Book 5 (2009)....

About the Author: J.H.D. Scourfield

J. H. D. Scourfield is Professor of Classics at the National University of Ireland, Maynooth and a Vice-President of the Classical Association. His publications include Consoling Heliodorus: A Commentary on Jerome, Letter 60 (1993)....