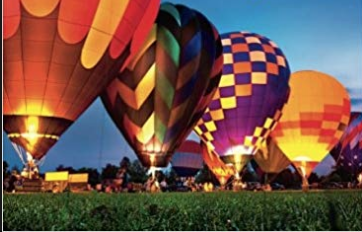 As the temperature rises and the days get longer, I am reminded that many researchers have demonstrated the advantages of experiencing the outdoors. For example, Bratman, Daily, Levy, and Gross (2015) considered how interacting with nature might affect young adults. They randomly assigned university students and community members to either take a 50-minute walk in a park or in an area heavy with traffic. Participants completed assessments of affective and cognitive functioning both before and after their walk. What happened? Those who walked among the trees were more attentive and happier than those who walked by heavy traffic.

Note that while Bratman et al. (2015) could conclude that the type of walk (nature versus urban) caused their assessed differences because they randomly assigned their participants to groups, it’s not exactly clear what it is about the different types of walks that had the impact. Both walks were on fairly level ground and the weather was consistent on all testing days; therefore, we do know that these features were not responsible for the results. However, there are things we do not know regarding how other variables present during those walks affected people. Was it the smell of the greenery versus the smells of the city streets that had an impact? Was it the noise of the birds versus the car horns?

Other recent research does provide more concrete answers. More specifically, van den Berg et al. (2015) had people view photos of outdoor spaces rather than experiencing the real thing. In this way, both smells and noise and other features of the experiences are controlled and thus are not differentially impacting participants’ responses. For this study, after being fitted with heart monitors, students took a low-stress math test (i.e., no time pressure or feedback) and then were shown photos of urban spaces and photos of green spaces. Then they took a stressful math test. Stress was induced by having students complete increasingly more difficult math problems while listening to an annoying sound and receiving feedback that revealed that they were not doing as well as the average student did solving the problems. Then they viewed the photos again. In all, students took the stressful math test twice, followed by the photos, and the less stressful math test twice followed by the photos (i.e., both variables were within-subjects). Students’ heart rates rose when they were working on the stressful test, but when they saw the photos of greenery after this stress, their heart rate lowered; this did not happen after viewing photos of the urban areas. The data suggest that viewing photos of green spaces may help people to recover from stress. This represents yet another way to potentially benefit from experiencing nature.

So when it’s time for you and your students to take a break, consider a walk among the trees or if that’s not possible, perhaps simply view the beauty of nature on your screen saver.