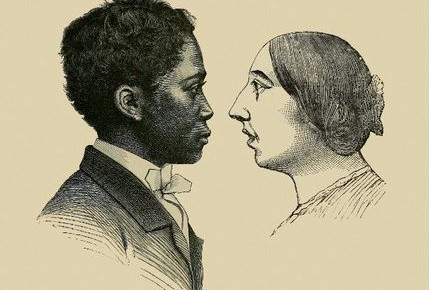 The arrival of millions of refugees in Europe has made many people interested in the challenges that linguistic and cultural misunderstandings may pose to democracy and civic participation. How can people work together across differences in increasingly multilingual, globalized social movements and in local communities and international organizations engaged in solidarity with immigrants, disadvantaged groups, and refugees? Over a decade, scholars of race/ethnicity, gender/intersectionality, and political participation have debated this issue. However, a conceptual framework is still lacking. In Political Translation, I develop just such a framework and present the collective practices of political translation, which helped multilingual and culturally diverse social movements and community groups work together more democratically.

Those interested in grassroots democracy and globalization in social movements have become increasingly interested in the democratization of transnational politics through protest. My book challenges previous work on democracy, protest, and civic participation by arguing that egalitarian democracy and deliberation often fail to fulfill their tasks because they do not address the problem of cultural differences within the model of consensus-based democracy. Based on ethnographic case studies in the US, Germany, Italy, France, and the UK, this book provides the first systematic comparative study of deliberation under conditions of linguistic difference and cultural misunderstandings, including data on the largest face-to-face democracy experiment, the World Social Forum, and two of its regional chapters, the European Social Forum, and the United States Social Forum.

The paradox that Political Translation examines is that although linguistic difference is often seen as a hindrance to democratic dialogue and deliberation, in the cases I studied, this difference was perceived by all as a condition that needed to be addressed, and so prompted efforts to redress the potential problems it might cause. In attempting to redress linguistic problems, the participants opened up an avenue for understanding better the positional misunderstandings that so often characterize interactions between members of privileged and disadvantaged groups. In all of the monolingual groups that I studied, positional misunderstandings led to internal crises of democracy and to groups breaking up into different factions. The book’s counterintuitive finding is that because both multilingual and highly diverse deliberative group settings drew explicit attention to cultural differences between participants, these settings also inspired political translation, the collective practice of openly challenging and tackling positional misunderstandings within grassroots democratic politics.

Political translation, distinct from linguistic translation, is a set of disruptive and communicative practices developed by activists and grassroots community organizers in order to address inequities hindering democratic deliberation in cultural diverse groups and to entreat powerful groups to work together more inclusively with disempowered groups. I show that political translation helps to solve positional misunderstandings regarding race, gender, class and language differences or other cultural differences. These misunderstandings remain unseen within models of neutral facilitation and, in turn, impede democratic dialogue and deliberation. The book’s analysis reviews a wide range of political deliberations covering high-stakes, fundamental issues, such as inequality in the context of European integration; and immigration, race, gender, and housing politics in the United States.

About the Author: Nicole Doerr

Nicole Doerr is Associate Professor of Sociology at the University of Copenhagen. Her research investigates how and under what conditions increased linguistic and cultural diversity fosters democratic innovation in the areas of social movements, local democracy and participation by migrants, refugees, and minorities. Based on research in the US, Ge...