I Never Thought It Would Happen So Fast

Erik G. Larsson is Professor at Linköping University in Sweden. He is co-author of 120 journal papers and a Cambridge University Press textbook on Space-Time Block Coding, and co-inventor of 15 granted patents. Here he talks about his new co-authored book, The Fundamentals of Massive MIMO. 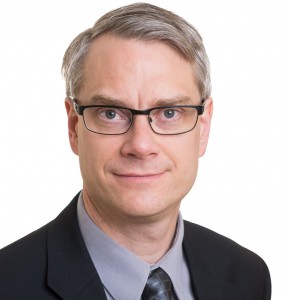 I never thought it would happen so fast. When I started to work on Massive MIMO in 2009, the general view was that fully digital, phase-coherent operation of so many antennas would be infeasible, and that power consumption of digital and analog circuitry would prohibit implementations for the foreseeable future. More seriously, reservations were voiced that reciprocity-based beamforming would not work, or that operation in mobile conditions would be impossible.

These arguments, it turned out, all proved to be wrong.

These arguments, it turned out, all proved to be wrong. In 2017, Massive MIMO was the main physical-layer technology under standardization for 5G, and it is unlikely that any serious future cellular wireless communications system would not have Massive MIMO as a main technology component.

But Massive MIMO is more than a groundbreaking technology for wireless communications: it is also an elegant and mathematically rigorous approach to teaching wireless communications. In the moderately-large number-of-antennas regime, our closed-form capacity bounds become convenient proxies for the link performance achievable with practical coding and modulation. 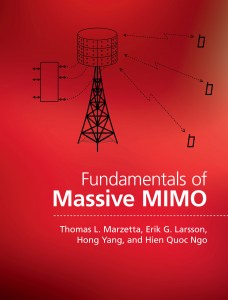 These expressions take into account the effects of all significant physical phenomena: small-scale and large-scale fading, intra- and inter-cell interference, channel estimation errors, pilot reuse (also known as pilot contamination) and power control. A comprehensive analytical understanding of these phenomena simply has not been possible before, as the corresponding information theory has too complicated for any practical use.

The intended audiences of Fundamentals of Massive MIMO are engineers and students. I anticipate that as graduate courses on the topic become commonplace, our extensive problem set (with solutions) available online will serve as a useful resource to instructors. While other books and monographs will likely appear down the road, focusing on trendier and more recent research, Fundamentals of Massive MIMO distills the theory and facts that will prevail for the foreseeable future. This, I hope, will become its most lasting impact.

To read the preface of Fundamentals of Massive MIMO, click here. You can also purchase the book here.

About the Author: Erik G. Larsson