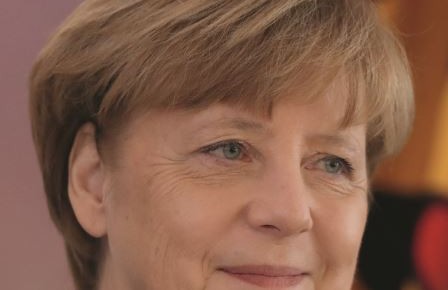 Germany votes this weekend in the last in a series of elections in key Western countries. The polls are predicting a win for Angela Merkel, who is trying to secure a historic fourth term as chancellor. In an exclusive extract from her new book, Becoming Madam Chancellor: Angela Merkel and the Berlin Republic, Joyce Marie Mushaben explains why she wrote the book and she looks back at the personal and political factors that have contributed to Chancellor Merkel's hard-earned status as ‘the world's most powerful woman.’

From “research puzzle” to clear case: why I wrote the book

Persuaded that generational change had already triggered a fundamental transformation of West German political culture by the mid-1980s, I decided to take closer look at the “national identities” of older, middle, and younger cohorts as they had evolved from 1949 through uniﬁcation. In addition to drawing on forty years of survey research, I interviewed ninety members of the Bundestag and other elites through the mid-1980s.  By May 1989, I was ready to investigate identities on the other side of the Wall, but that project was soon overtaken by historical events. The collapse of the German Democratic Republic (GDR) made it possible for me to conduct interviews with over ﬁfty members of the ﬁrst, and last, freely elected Volkskammer during the summer of 1990. One of my discussion partners was a woman about my own age who had just decided to switch from physics to politics as deputy press speaker for the new prime minister, Lothar de Maizière. Maizière’s primary task was to negotiate the conditions under which the GDR would cease to exist; her job was to explain that process to hordes of foreign and domestic journalists, an eye-opening experience for someone unacquainted with a free press and “fractious democracy.”

Two days after my June 12 discussion with thirty-ﬁve-year-old Angela Merkel, I met with a former GDR pastor, Joachim Gauck, who had secured a parliamentary seat on the Bündnis 90/Greens ticket. My ﬁrst interviewee moved on to become chancellor of a united Germany; the second served as federal president, after directing the agency tasked with evaluating “100 miles of Stasi (secret police) ﬁles.” Although I have moved from the rank of Assistant to Associate to Curators’ Professor over the years, I still occasionally wonder what went wrong with my own career strategy. Had I known back then that my discussion partner would become “the World’s Most Powerful Woman” ten times over, I would have asked very different questions, and maybe even pursued political ofﬁce myself.

I have followed Merkel’s career trajectory since 1990, reading every book written about her to date during my summer research leaves at the Humboldt University and the Bundestag Library in Berlin. Curiously, all but one of those texts have been written by journalists. Most offer biographical treatments, question her leadership style, or critique her “lack of vision.” Few, if any, have assessed Merkel’s actual performance in ways that incorporate the diverging imperatives imposed by different coalition conﬁgurations, a changing party landscape, and disruptions of the global sort. Noteworthy exceptions include studies addressing broad policy changes under Merkel’s ﬁrsttwo governments. This is one factor inspired me to write a scholarly book on this fascinating political personality.

Second, I ﬁnd it quite curious that no feminist scholars in Germany have taken up this book challenge, perhaps out of a reluctance to identify with a woman whose party has long espoused a gender regime limited to Kinder, Küche und Kirche. Still waiting for a ﬁrst woman president in the United States, I am less encumbered by party-political considerations. It is impossible to predict a priori what leadership style, mobilization strategies, or policy priorities any powerful woman is likely to pursue. Because prescribed gender norms differ from country to country, as well as from North to South and East to West, the only way to explain why some identity traits prevail over others in any woman’s success is to execute detailed case studies. My qualitative approach infers that “success,” by deﬁnition, is context- and policy-speciﬁc.

A third reason for this book derives from my earlier work on youth movements, generational dynamics, and political cultural change in both East and West Germany prior to 1990. My familiarity with the ideological, societal, and economic conditions that shaped Angela Merkel during the ﬁrst thirty-ﬁve years of her life, renders me better equipped than many mainstream scholars to interpret the motives, values, priorities, and behaviors evinced by this particular chancellor. Having spent nearly eighteen years living in Germany as a scholar, my peculiar insider–outsider status enables me to assess the “everyday” consequences of complex policy processes. Several of my German academic peers note, only half in jest, that I understand their West–East identities better than they do.

While my research has been informed by many conceptual frameworks utilized by comparative and gender politics experts, this will not be a theoretically driven or hypothesis-heavy work. My approach is unabashedly qualitative and eclectic, offering thick description and process tracing; I draw on interdisciplinary sources covering historical events, socioeconomic data, cultural variables, gender dynamics, and policy analysis. Those sources include Merkel’s speeches, government publications, campaign materials, media reports, refereed publications, formal interviews, and hundreds of conversations with expert colleagues. With all due respect to countless scholars investigating women’s paths to power, the institutional barriers they face,the stereotypical role expectations that hinder their progress, and new mechanisms equalizing their participation in politics, my primary interest lies in analyzing the ways in which one woman has actually used her power to improve the human condition across three terms.

My ﬁnal motive for writing this book began with an ostensible paradox: having completed her ﬁrst stint as Grand Coalition leader in 2009, Merkel enjoyed great popularity among voters and was well respected on the international stage, yet German pundits routinely described her as weak, faltering, and doomed to fail. I recall the words of George W. Bush, who complained in 2000 of being regularly “misunderestimated” as president of the United States. His lack of rhetorical skills aside, the word Bush used suggested an intensiﬁed form of being underestimated.

As a woman operating in a world historically reserved for powerful men, Merkel has encountered more than her fair share of skepticism and resistance. As an inexperienced “thirty-something” assuming a Cabinet post in 1990, she was quickly written off by established politicians as “Kohl’s Girl.” By the time she was sworn in as chancellor, she had accumulated eight years of ministerial experience, moved up the CDU executive ladder at warp speed, and led the conservative opposition in the Bundestag for four years.By the end of her ﬁrst term as chancellor, Merkel had already been designated “the World’s Most Powerful Woman” (MPW) four times straight, yet her adversaries kept insisting that she lacked vision, charisma, and leadership skills. That was the puzzle: how could someone so successful be accused of “not leading?”

Looking back, it seems that her initial MPW rankings had a lot to do with the fact that she was the ﬁrst female chancellor, running a very big country with a very strong economy. Forbes selection metrics include net worth, company revenues, GDP, media presence, potential spheres of inﬂuence, and one’s impact inside or outside a personal “ﬁeld.” Europeans awarded Barack Obama the Nobel Peace Prize shortly after he was ﬁrst inaugurated, largely because they were happy to see the Bush years end and not because the new president had really stopped any wars at that point. Merkel did not evince the same leadership skills back then that we all take for granted today.

My original plan was to cover Merkel’s ﬁrst two terms, allowing me to compare how she performed under two governmental conﬁgurations, one involving an exceptional Grand Coalition (CDU/CSU–SPD), the other a traditional dominant party–junior partner majority (CDU/ CSU–FDP). Critics continued to underestimated Merkel’s popularity with voters well into her second term, as well as her uncanny ability to move hardliners to embrace societal reforms that they had vociferously resisted for decades. By 2013, however, the original puzzle had evaporated into the thin air of “polycrisis”:given her tough stance on austerity policies, her response to climate change, and her willingness to chastise Vladimir Putin over the Ukraine, few could question this chancellor’s leadership.

The onset of her third term provided the breathing space I needed to focus on the larger “lessons” Merkel had ostensibly drawn from each crisis she encountered. As one of Europe’s longest serving leaders since 1990, she has certainly juggled more than her fair share of global messes, so she has obviously learned a lot. Her third term has seen a rational, pragmatic Merkel taking some very principled human rights stances, regarding asylum seekers and Chinese dissidents, for example. These decisions have required a degree of self-conﬁdence and international clout that she simply did not possess in 2009. She would be the ﬁrst to admit, as her earlier interviews with Herlinde Koelblattest, that she is a very different person today than when she ﬁrst came to politics. At present, Angela Merkel really is the World’s Most Powerful Woman, although given her favorite virtue – humility – she probably would not have minded ceding her title to Hillary Rodham Clinton for a few years, had the 2016 US presidential elections ended differently.

Neither power nor leadership are static components of governance, especially within democratic systems. Both require constant adjustment to changing political stakeholders, policy contexts, and environmental conditions. This study presents Merkel’s three terms as an extraordinary learning process that has allowed at least one woman to make a signiﬁcant difference in a united Germany: hence, the emphasis on “becoming” Madam Chancellor. Although she refuses to label herself a feminist, I maintain that Merkel has done more to modernize gender roles in united Germany than all of her predecessors. Exposed to a very different gender regime during her “35 years in the waiting room of GDR history,” the chancellor has relied on female cabinet members like Ursula von der Leyen, Annette Schavan, and Maria Böhmer to leverage EU policies in ways that have opened doors to the balanced participation of women and men in political, economic, and community life.

I argue that the secret of Chancellor Merkel’s success to date rests with three factors: ﬁrst, although she was initially “misunderestimated” by political elites at home, she has derived strength from the unprecedented respect she enjoys among key actors abroad. Second, she has learned how to leverage domestic and supranational developments better than any previous chancellor, largely as a function of signiﬁcant political and demographic changes across Europe. My third contention is that both her eastern socialization and her training as a physicist have outﬁtted her with hybrid political values and a unique set of analytical skills that make it very difﬁcult for even her sharpest rivals to out-strategize her. As a former CDU ofﬁcial opined over a decade ago, “she learns faster than others think.”

Becoming Madam Chancellor: Angela Merkel and the Berlin Republic by Joyce Marie Mushaben is out now

About the Author: Joyce Marie Mushaben