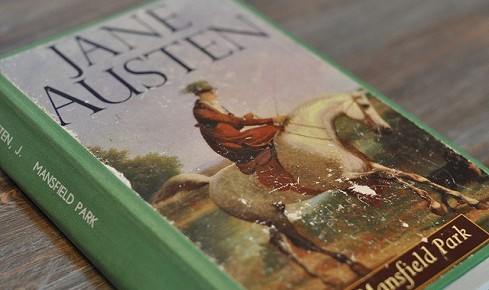 It was in the 1970s, in the course of some local history research in the London Borough of Camden, that I discovered quite by chance a grave in the old churchyard of St-John-at-Hampstead, in which Jane Austen’s aunt Mrs Hancock was buried together with her daughter Eliza de Feuillide and her grandson Hastings de Feuillide.   Attempts to find out why the trio should have been buried there made me realise that all current Austenian biography was in some way or other inadequate – lacking in detail, uncertain in its chronology, and providing hardly any new information since R.W. Chapman published the first proper edition of Jane Austen’s Letters in 1932.

With the Hancock family as a starting-point, therefore, I concentrated on finding out anything and everything which could have any bearing upon the life of Jane Austen and her family.   I followed in her footsteps round the south of England, from Kent to Wales and the Isle of Wight to Staffordshire, visiting museums, libraries, county record offices and the owners of private archives;  and read both published and unpublished letters, memoirs, diaries, journals, parish registers, banking ledgers, naval logbooks, taxation records, wills, inventories, and many other miscellaneous documents of the period.   This research enabled me to compile a card index of some 15,000 facts concerning the Austen family and their contemporary friends and neighbours, and I used such new information in my biography Jane Austen, A Family Record (1989, 2004), and in my editions of her Letters (1995, 1997, 2011).

Nevertheless, no biography, no matter how detailed, can include every single small scrap of information about its subject’s life;  and yet such scraps can add up, in a pointilliste technique, to create a picture of the background to Jane Austen’s life that is useful alike for biographers or for the particular interests of economic, social, or local historians.   I was reluctant to throw away the card index which had taken so long to compile, and decided instead to publish the contents purely as a chronology, which could then be used as a reference text by other authors.   Original research is time-consuming and expensive, and I was very lucky in being able to spend so much time journeying round England and reading through manuscripts at my leisure;  I hope therefore that future writers will be pleased to avail themselves of the accurate facts which I was able to discover and publish in the Chronology of Jane Austen and her Family 1600-2000 (2006, 2013).

About the Author: Deirdre LeFaye

Deirdre Le Faye is now retired and lives in Portishead, North Somerset; prior to her retirement she worked for many years in the Department of Medieval & Later Antiquities in the British Museum. She has been researching and publishing on the life and times of Jane Austen and her family for forty years, ad in 2014 the Royal Society of Literature ...