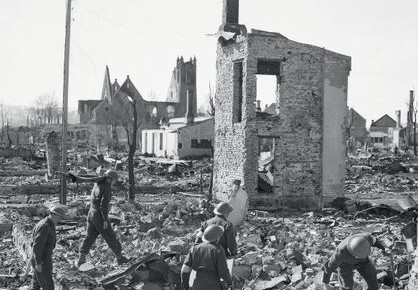 Anatomy of a Campaign

The British campaign in Norway in 1940 was an ignominious and abject failure. It is perhaps best known as the fiasco which directly led to the fall of Prime Minister Neville Chamberlain and his replacement by Winston Churchill. But what were the reasons for failure? In this exclusive article for fifteeneightyfour, Sir John Kiszely, who served in the British Army for forty years, rising to the rank of lieutenant general, explains his personal fascination with the campaign and what it can tell us about more recent wars.

I had been intrigued for some time by the British-led campaign in Norway in spring 1940. Although it is little known – overshadowed, if not eclipsed, by the German invasion of Belgium and France in May 1940 – the campaign was short, disastrous and full of drama, both military and political.  A number of books had been written about it, but none had carried out a forensic examination of the reasons for failure. It seemed to me that there was scope to do so by examining the anatomy of the campaign – its constituent parts and their relationship to each other – to see what that told us about the reasons for failure. And it struck me that the result might help our understanding not only of this campaign, but also of more recent campaigns, such as those in Iraq and Afghanistan, where we have found success so elusive.

Deconstructing the campaign in this way revealed many serious weaknesses, for example: poor, often indecisive, political leadership; misperceptions within the Anglo-French alliance; the flawed structure for the higher direction of the campaign; a fractious relationship between the grand-strategic level (the War Cabinet) and the military-strategic level (the service chiefs of staff); and the complete absence of a level connecting the strategic to the tactical level. It also revealed serious disagreements both within the Cabinet and between the chiefs of staff, and the impact of deeply ingrained inter-service rivalry. A further revelation was a muddled and widespread misunderstanding of strategy, with a failure, particularly by the chiefs, to focus relentlessly and constantly on balancing ends, ways and means. Even more surprising was the degree to which decision makers indulged in wishful thinking and complacency.

Two of the main reasons for campaign failure were the catastrophic failure of intelligence which allowed the Germans complete strategic surprise, and the dominance of German airpower. Why were these things allowed to happen? Again a forensic examination of the anatomy helps our understanding, and in both cases institutional and systematic failure mixed unhappily with human error and the frailties of human nature.

At the tactical level, troops were sent to Norway poorly trained, inadequately equipped and without proper support, and in administrative chaos reminiscent of the Crimea. The result was predictable. A French officer in Norway commented, `the British have planned this campaign on the lines of a punitive expedition against the Zulus, but unhappily we and the British are in the position of the Zulus`.

Campaigns that end in ignominious failure tend to get quickly forgotten. This is a pity, not least because they often provide the best lessons. The campaign in Norway is a text-book example of how not to plan and conduct a military campaign. It was a sorry tale, but it is also a cautionary one.

Anatomy of a Campaign – The British Fiasco in Norway, 1940 by John Kiszely is out now.

About the Author: John Kiszely

John Kiszely served in the British Army for forty years, rising to the rank of lieutenant general. His operational service included Northern Ireland, the Falkland Islands, Bosnia and Iraq. He served three tours of duty in the Ministry of Defence, latterly as Assistant Chief of the Defence Staff. On leaving the Army he spent three years as a visitin...

Paper in Medieval England: from...