Writing about the Russian Revolution

Written by: Rex A. Wade 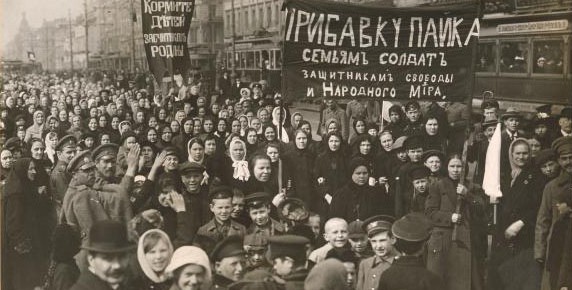 The Russian Revolution of 1917 was one of the most important events of modern history, with a variety of legacies down to the present. Writing about it has had its own particular characteristics, both generally and for myself. I was fortunate in being in the first wave of modern Western scholarship on the Russian Revolution that came in the latter part of the 1960s and then continued on through the 1970s and 1980s. It was an exciting time to be in Russian history generally and the revolution especially. The excitement has never ended for me. I first wrote on the Russian Revolution in a graduate course in the fall of 1958, my first year of graduate study, and really never looked back. It led to my doctoral dissertation and then to numerous books and articles.

The subject was the more exciting over the years in that the early study and writing came during the height of the Cold War. One of my vivid memories of while I was researching my dissertation at the Hoover Institution at Stanford University is what I did during the Cuban Missile Crisis of 1962. I quickly caught a cross-country bus (I couldn’t afford an airplane) for a forty-four-hour trip to Kansas to be with my family if indeed we all were destroyed in a nuclear holocaust, as many predicted. Ever the optimist and workaholic, however, I did carry with me a few hundred pages of an unpublished memoir to read in case we came through OK, as of course we did. That memoir in turn became an important source for my later publications.

My good fortune continued in that when my first book, The Russian Search for Peace, February-October 1917, came out in 1969 it was part of an initial cluster of academic books on the revolution. It reflected the then dominant emphasis on the political history of the revolution, but it also started my examination of broader political issues rather than the then common focus on Lenin, Trotsky, Kerensky, and a few other leaders. I became aware that we were all focused too much on the top political figures and generally ignoring both the vibrant political life down below and the broader social, economic, and cultural issues. I addressed those in articles and my second book, on the worker’s militias and Red Guards.

By the time the latter came out I not only had the pleasure of living in Hawaii, where I turned what had been intended as a two or three year stint into eighteen years, but also was getting increasingly involved in chairing, deaning, and other university administrative positions. When the latter ended in 1987, by which time we had moved to George Mason University in Fairfax, Virginia, I turned my attention fully back to the history of the revolution. I not only took up new specialized research topics, but also became increasingly aware of the need for an up-to-date comprehensive history of 1917 that incorporated the very extensive research and specialized studies that had come out following the 1960s explosion of works. Many historians felt the need for a new one-volume history of the revolution (many believed a person still had to turn to William Henry Chamberlin’s 1935 book for that). This book was written to fill that need for a more up to date one-volume general history and, on a personal level, to sum up a lifetime career’s thinking about and writing on the revolution. The result is this book, first in its 2000 initial edition, then a 2005 second edition, and now, at the centenary of the revolution, this third edition.

One of the ironies of research and writing on the revolution before the Soviet Union’s collapse in 1991 is that while the Soviets restricted foreign scholars’ archival access, there nonetheless existed a massive body of available sources. Very important were the huge number of memoirs, most of which were published in the 1920s in what I call the “what I did during the revolution” genre and which had not been used by foreigners and even not much by Russians when I started to do so in the late 60s and early 70s. The other important source was the large number of politically very diverse newspapers that quickly emerged in 1917 when the removal of tsarist censorship opened up a one-year period of uncensored publications before the Soviets reinstated censorship in early 1918. The amount of information that they provide is staggering. One of my fond memories of reading those newspapers came during the 1970s when I was reading them in the Lenin Library in Moscow and, for some reason, they were putting them on a table in a hallway rather than my usual reading room. Ordinary Soviet citizens could not request those or use that restricted reading room, and so whenever I walked away a small cluster of readers quickly formed beside my table. I took lots of walks. Similarly, while I was in Kharkiv doing research in 1990, local historians who I got to know had me request works that they knew existed but were in the closed “special collections” without any official indication of their existence—we both then got to read them.

Studying, and writing about, the Russian Revolution has been an exciting and rewarding career. This book is intended to pull that all together for contemporary readers.

About the Author: Rex A. Wade

Rex A. Wade is a widely recognised expert on the Russian Revolution. He is the author or editor of a dozen books, including 'The Russian Search for Peace, February-October 1917' (1970) and 'Red Guards and Works' Militias in the Russian Revolution' (1984), as well as many scholarly articles on the revolutionary and civil war eras. He is a long-term ...

Did the Nazi dictatorship spell the...