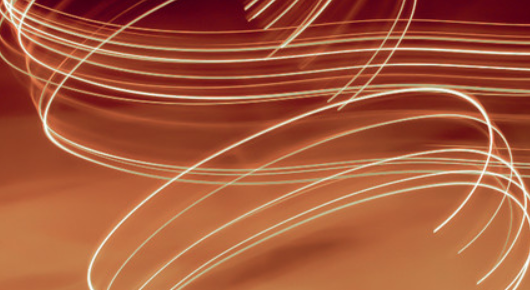 Following the recent release of The Ontological Turn: An Anthropological Exposition, we interview the book's authors, Martin Holbraad and Morten Axel Pedersen, to find out more...

Debates about a so-called ‘ontological turn’ have been rather raging in anthropology (and in neighbouring disciplines too) for some time now. We were ourselves enthralled by these questions already as PhD students in the late 1990s, and both of us have since been teaching and writing about them a great deal, in different ways and in different fora, trying to work out a coherent account of the role and significance of ontological questions in anthropological research. We realized that up to now much of this discussion about ontology in anthropology has been conducted in think-pieces, debating platforms, programmatic panel discussions, manifesto-like polemics, critical interventions and so on, and the discussions that have developed have sometimes tended to produce more heat than light. So we decided to bite the bullet and write a book called simply The Ontological Turn, in order to present – or, as we express it in the subtitle, to ‘expose’ – a line of thinking that is both coherent and, to our mind, powerful in the way that it recasts some of the most central questions of anthropology. So essentially the book attempts to express as clearly as possible the core tenets of what we take to be the most original and fecund strand of thinking that has featured in recent debates about the ontological turn, tracing the line of its development in the history of the discipline and its emergence as an explicit position in recent years, and exploring some of its major consequences for anthropology at the present juncture – epistemological, ethical and political. .

As an attempt to provide ‘an anthropological exposition’ of the ontological turn, our first task in the book is to clarify the relationship between the particular approach with which we are concerned – ‘our’ version of the ontological turn, as we call it -, and a host of alternative (and sometimes mutually contradictory) ways in which ideas about ‘ontology’ have featured in recent debates. Amidst this confusing landscape, our exposition involves showing that the ontological turn as we understand it actually has deep roots within the history of anthropology, drawing on and ‘intensifying’ in particular ways concerns that have been present in anthropology for a very long time, and are foreshadowed in the work of such diverse figures as Mauss, Radcliffe-Brown, Schneider and Lévi-Strauss. Much of the book’s subsequent exposition is devoted to tracing the development of the core tenets of the ontological turn as we see it, and showing how these have been articulated in increasingly explicit ways in the work of three particular figures, namely Roy Wagner, Marilyn Strathern and Eduardo Viveiros de Castro. This genealogical exposition is capped with a couple of chapters exploring the ways in which the approach we identify as the ontological turn has been developed by a younger generation of scholars, including ourselves, in recent years (e.g. with reference to debates about materiality and posthumanism), as well as where it might go in the future (e.g. how might the ontological turn deploy in new ways concepts such as ‘the relation’, which, as we show in the genealogical part of the exposition, have been key to its development thus far).

One of the main challenges we faced in writing this book was how meet a pressing need for a thorough, level-headed, and pedagogical exposition that goes to the heart of what this controversial anthropological approach is all about, conveying its core tenets, and surveying its future directions as well as its potential pitfalls. At issue was thus the challenge of how to write in a manner what was both clear and measured, yet without loosing touch with – and in a way still remaining faithful towards – the fact that, in making this exposition, we were very much engaging with and objectifying our own previous thinking and work. In short, the ambition was to write an equitable assessment of the ontological turn without for that reason pretending to be neutral about something that we evidently like to think of as an exciting development on the current anthropological scene. In a broader sense, one of our main aspirations was to write a detailed account of a methodological and theoretical approach that has generated much controversy, but which has also been partly or fully misunderstood, both by various critics but also by the scholars or students finding inspiration in it. So we hope that the book is going to have a calming effect by providing a detailed background and solid framework on the basis of which both skeptics and those more positively disposed towards the ontological turn can develop a well-informed opinion about its advantages as well as its limitations.

A main upshot of the book is that the ontological turn is to be understood as a strictly  methodological (as opposed to theoretical, let alone metaphysical or philosophical) injunction. The ontological turn is a ‘technology of ethnographic description’, which deepens and intensifies three concerns that have long been at the centre of anthropological analysis, namely reflexivity, conceptualization and experimentation. This has profound consequences for other core concerns, including the relationship between ethnography and theory, the role of critique, the nature of ethical and political commitments; as well as for the study of a diverse range of topics, such as traditional anthropological stomping-grounds like myth, kinship and animism, as well as more recent themes of investigation such as materiality and Christianity, to name just a couple. So, the ontological turn is a response to that most defining anthropological question: How do I enable my ethnographic material to reveal itself to me, guiding or compelling me to see things that I had not expected, or imagined, to be there? What we wish to achieve in using the ‘philosophical concept’ of ontology is the exact opposite of the transcendental truth-goal of traditional metaphysics. Instead of building essentialist castles, the core aim of ‘our’ ontological turn is relentlessly to challenge, distort and transform all things, concepts and theories pretending to be absolute, by strategically exposing them to ethnographically generated challenges and paradoxes that can systematically undermine them. In spite of its name, then, the ontological turn in anthropology is decidedly unconcerned with the ‘really real’ nature of the world or any similar metaphysical quest. Rather, it is a methodological project that poses ontological questions to solve epistemological problems. Only, as the book shows, in anthropology epistemology has to be about ontology too.

Find out more about The Ontological Turn: An Anthropological Exposition

About the Author: Morten Axel Pedersen

Morten Axel Pedersen is Professor of Social Anthropology at the University of Copenhagen....

About the Author: Martin Holbraad