Written by: Kenneth A. Armstrong 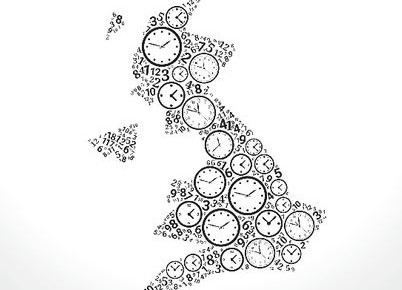 Kenneth Armstrong is Professor of European Law at the University of Cambridge and Director of the Centre for European Legal Studies. His new book is Brexit Time In this exclusive article for 1584, he explains how Brexit is shaped by time: and now that the formal process for withdrawal from the EU has begun, he examines how this process is unfolding and its possible implications.

On the day that the United Kingdom government notified its intention to withdraw from the European Union the timing of the Article 50 letter was carefully choreographed. As the UK’s Ambassador to the EU, Sir Tim Barrow made his way to meet the President of the European Council Donald Tusk, the British Prime Minister was at the despatch box for her weekly Wednesday Prime Minister’s Questions. As the questions finished and as she rose again to make a statement about the triggering of Article 50, media outlets were reporting an image of the Ambassador handing over the letter that will begin the negotiation process for the UK to leave the EU.

The dispatch of the letter on 29 March was also an issue of timing. It came after the meeting of the leaders of the twenty-seven other EU states in Rome the previous weekend to mark the sixtieth anniversary of the signing of the Treaty of Rome that created the European Economic Community. EU leaders had wanted to avoid the UK’s Brexit letter detracting from their own reflections on the future of the European Union.

Of course, former Prime Minister Cameron had intimated during the referendum campaign that the withdrawal process would begin immediately after a vote to leave the EU. By rights we should be nine months in to the two-year negotiation window permitted by the EU treaty for the conclusion of a withdrawal agreement. That it has taken to March for the process to begin is largely due to legal challenges that prevented Prime Minister May from triggering Article 50, followed by a parliamentary legislative process that was required to equip the government with the legal power to begin the withdrawal process. But this was also a rather useful buying of time to allow government departments and civil servants to prepare for negotiations and for a new Brexit department to come into being. Similarly on the EU side, the EU’s negotiator has been chosen and the delay in notification has allowed preparatory work to be undertaken for the discussions ahead. The trigger has now been pulled. The actors are ready to play their roles.

But it would be a mistake to think that the UK and the EU are operating on the same time-frame even though both are bound by the two-year negotiation period. Having waited, the UK is now keen for negotiations to start and for those discussions to be as comprehensive as possible. The EU, by contrast has less urgency. The European Council will meet on 29 April to establish guidelines for the negotiations with the Council of Ministers meeting in May to set out the mandate for negotiations that it will give to the European Commission. It will be June before the EU is ready to start talks. Even then, the EU will want to focus those talks on the terms of withdrawal before it will get into discussions about the terms of a future relationship.

Brexit is a phenomenon of time and a process in time. This is Brexit Time.

Brexit Time: Leaving the EU – Why, How and When by Kenneth Armstrong will be published June 1st.

About the Author: Kenneth A. Armstrong