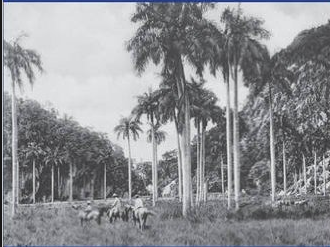 This book is rooted in my deep interest in U.S.-Cuban relations of the early-20th century, a time when the United States was taking tentative steps toward becoming a global power. Many of the policies and approaches that the United States adopted in its rise as a “superpower” would first be tried out in Latin America, and often Cuba more specifically. Since my days as a graduate student, I have sought to better understand how and why that process had come about as well as its consequences.

In researching the U.S. military occupations of Cuba during the early-20th century, I came across letters from private U.S. citizens on someplace called the Isle of Pines. They kept running afoul of local Cuban authorities and appealed to American officials for help. Who were these people? What were they doing there? Why did they go? How did they get along with the locals?

Intrigued by these documents, I wanted to see what other U.S. and Cuban historians had written about this colony. The answer was: not much, at least in a comprehensive way. But through additional archival work in both the United States and Cuba, online research (including, of all things, Facebook), and correspondence with former residents or their descendants, I uncovered a broader story that sheds light on how U.S. influence adapted and endured during Cuba’s republican era (1902-1958).

The history of this colony has two distinct parts. The first, covering the height of American interest between 1898 and the mid-1920s, reflected colonists’ 19th-century sensibilities. Many settlers lobbied the U.S. government to annex the Isle and continue with territorial expansion in ways reminiscent of Manifest Destiny. Landholding company advertisements pitched the island as the next frontier for a Jeffersonian, agrarian-oriented society, the kind that was widely perceived to be in peril as the United States became more urban and industrialized. Moreover, the sparsely populated Isle was considered safe for Jim Crow-era Anglo Americans who would not have to encounter the kinds of tropical diseases or mixed-race population as on Cuba’s mainland.

Had this story ended in 1925, the year the U.S. Senate formally recognized Cuban sovereignty on the Isle of Pines, it would have been a tale of failure. Not only were colonists unsuccessful in securing annexation, but many businesses folded and most settlers returned to the United States.

In examining this colony up to the Cuban Revolution, however, the story takes on a new dimension. This second act, particularly during the 1950s, shows a more cooperative ethic between Americans and Cubans. By this point, the animosity from the annexation debate had dissipated and Americans were just one of many foreign national groups. Yet they were widely welcomed as teachers, tourists, and clients. Although certainly less overt and chauvinistic than a half-century earlier, U.S. cultural and commercial influence persisted in ways more acceptable to the Isle’s broader population. In turn, American residents and visitors expressed a deeper affinity for the Isle’s unique features and customs than their early-century forerunners. This détente stood in stark contrast to the mood in mainland Cuba, where anti-Americanism had been brewing thanks to U.S. government support for the unpopular Batista regime that would fall to Fidel Castro and other revolutionaries in 1959.

The Castro government’s ensuing reforms not only led to a U.S.-Cuban diplomatic freeze for more than 50 years, they also proved to be the death knell for the American colony on the Isle of Pines. As the two countries continue the process of diplomatic reconciliation in the 21st century, though, the condition of grassroots relations on the Isle of Pines during the 1950s could serve as a template for how normalization might proceed on a more equitable basis in the future.

About the Author: Michael E. Neagle

Michael E. Neagle is an Assistant Professor of History at Nichols College, Massachusetts. His work has appeared in America in the World (Cambridge, 2013), A Companion to Woodrow Wilson, The Journal of the Gilded Age and Progressive Era, and Latino America: A State-By-State Encyclopedia. He has won grants from the Society for Historians of American ...