Oded Berger-Tal, Author of 'Conservation Behavior', tells us about the impact conservation behavior can have to develop practical tools to safeguard against biodiversity extinction.

Why are these birds so attracted to roads, and how do they find themselves trapped inside the signposts?

The answers to these questions were unknown at the time, but it was clear that this phenomenon is wide-spread enough to threaten the wheatear’s population in the Negev desert in Israel.

Intrigued by this mystery, Nimrod started investigating the behavior of the wheatears. He found that the roadside habitat, which is usually rich with vegetation due to accumulation of water runoff from the road, acted as an ecological trap for the birds – they were attracted to it since it provided plenty of food in the form of insects, without realizing the danger this habitat entails. Since this was considered a preferred territory, the cavities within the signposts were perceived as superior nest sites, but once a bird entered such a cavity it could not spread its wings and get out. The now empty roadside territory would be re-occupied quickly by additional birds mistaking the habitat for a superior one, and in this way an increasing number of wheatears perished. Thanks to this study, the INPA could design and apply simple solutions for the problem (such as fitting the signposts with specially designed caps). 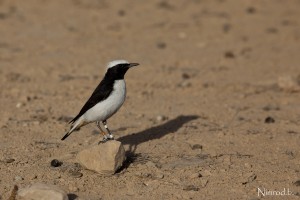 The behavior of an animal is its first line of defense against a changing environment, and the way an animal behaves can rescue it from anthropogenic (man-made) dangers or doom it to extinction. This makes the discipline of behavioral ecology an important tool at the hands of conservation biologists and practitioners. Understanding animal behavior can (1) help us predict the effects of rapid human-induced changes on wildlife populations, (2) assist us in designing better conservation interventions, and (3) allow us to use animal behavior as an early warning system, forecasting the decline of wildlife populations and alerting us to various changes to the ecosystem. 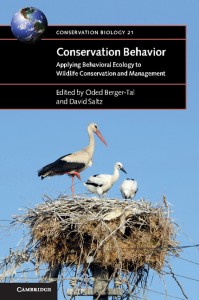 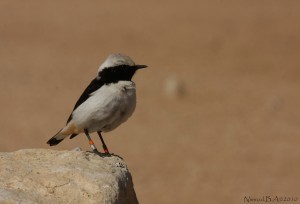 About the Author: Oded Berger-Tal