Remembering the Great Fire of London, 350 years on 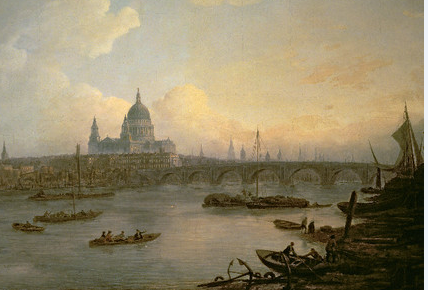 This week marks the 350th anniversary of the Great Fire of London. Here, author William Cavert casts new light on the possible causes of the disaster.

Was fuel consumption a key factor in the Great Fire?

Londoners and the city’s friends around the world have been remembering The Great Fire of London this week, when much of the city burned down over a few horrific days early in September of 1666. The causes of that fire are reasonably well known: like most northern European cities of the period, London was full of closely-huddled houses built primarily from wood and other flammable ingredients, which an especially hot summer had made unusually dry. A persistent wind fanned the flames, burning London’s medieval and Tudor structures with enough heat to melt the lead on the roof of St. Paul’s.

There is another important factor to the Great Fire, however, that is almost never appreciated. London burned, in part, because fires and fuel were such an important part of Londoners’ daily lives, in 1666 itself and throughout the 17th and 18th centuries. As my new book The Smoke of London: Energy and Environment in the Early Modern City discusses, 17th-century London almost certainly consumed more fuel than anywhere else in the world. Its people usually burned mineral coal, mined primarily in the area around Newcastle, in such quantities that London’s inhabitants and its visitors alike were struck by the city’s smoky air. While many found London’s air pollution ugly, unpleasant, or unhealthy, no one seems to have believed that London could possibly survive without burning hundreds of thousands of tons annually of its dirty, smoky, fuel. Coal heated bedrooms and taverns, warmed water for washing and beer brewing, melted glass and refined sugar, burned bricks and softened metals. Its people needed it, every day, to keep warm and to fuel industrial production.

In 1666 that was threatened by war with the Dutch, whose strong navy and many small privateering vessels made it dangerous for the hundreds of coal ships to move along England’s eastern coast. But a demanding market and naval escorts had allowed many ships to get through, so that by the end of the summer London had probably imported something close to half of its normal quantity of around 400,000 tons. Of this, most would have been bought quickly during the summer, when prices were at their lowest, and laid up in vaults and sheds. Much remained in suburban warehouses or homes away from the fire, but a figure like 50,000 tons – 100 million pounds – is probably not too far from the amount that remained in the city ready to fuel the Great Fire. When the fire began it was spread not only by wooden houses but by the coal stored in those houses’ cellars and sheds, fuel that added a great deal of concentrated heat to that provided by the more famous timbered houses.

After the fire, coal burning and its effects were at the center of debates surrounding the city’s rebuilding. King Charles II initially proclaimed that smoky industries should be clustered together, both to reduce fire risk and to cordon off air pollution. This initial order was not eventually enforced, but other regulations stipulating the size, dimensions, and materials of new buildings did in fact help shape the Georgian city. Funding this rebuilding was a problem that was solved, in part, by a tax on one of the capital’s most widely needed commodities – coal. Mineral coal, then, both helped to burn and to rebuild 17th-century London. Its pervasive smoke was a reminder that London had a prodigious appetite for fuel, as its tens of thousands of small fires made it the first city in the world to endure permanent air pollution.

The Smoke of London: Energy and Environment in the Early Modern City by William Cavert is out now.

About the Author: William Cavert

William M. Cavert is a historian of early modern Britain focusing on urban and environmental history, holding a PhD from Northwestern University, Illinois. He has published 'The Environmental Policy of Charles I: Coal Smoke and the English Monarchy, 1624–1640' in the Journal of British Studies, as well as related studies in Global Environment and...