New book trailer for The Letters of Samuel Beckett

In this book trailer editor George Craig reads some of Beckett's letters taken from the fourth and final volume in the series, 'The Letters of Samuel Beckett 1966 - 1989'.

The fourth and final volume, which completes the Cambridge edition of The Letters of Samuel Beckett, covers the final twenty-four years of what was, as Beckett saw it, a surprisingly long life. During these years he produced many of his finest and most concentrated works for theatre, plays that included Not I, Ohio Impromptu, and Catastrophe; for television he wrote Eh Joe and Ghost Trio; while in prose, he produced the late ‘trilogy’ that comprises Company, Ill Seen Ill Said, and Worstward Ho. In 1969, Beckett was awarded the Nobel Prize in Literature, and the letters from this period show him struggling to cope with the pressures created by his ever-growing international fame. The letters reveal how, later, he turned his mind to his legacy, as seen through his interactions with biographers and archivists. This volume also provides chronologies, explanatory notes, translations, and profiles of Beckett’s chief correspondents.

For anyone interested in twentieth-century literature and theatre this book is essential reading and it concludes the most important new contribution to Beckett scholarship for decades. 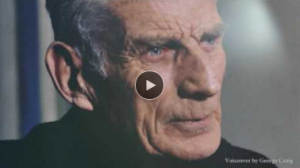