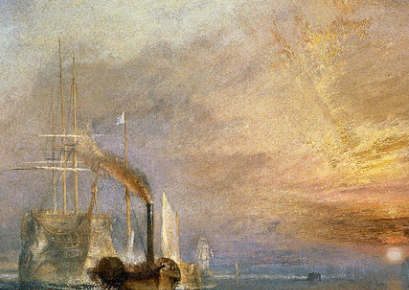 Christian Djeffal explores how international treaties be interpreted over time and offers fresh insights on this age-old question.

Are treaties set in stone like the Decalogue or slowly growing and developing like a living tree? This is the question we face when choosing between static and dynamic treaty interpretation, i.e. the question of whether the meaning of a treaty can change through interpretation. The research question has been subject to academic discussions recently. A considerable number of scholars have published on it. What is more, the question is far from new. It was discussed when the Vienna Convention on the Law of Treaties was drafted in the 1960ies and can be traced back to the earliest textbooks of international law. Alberico Gentili and Hugo Grotius dealt with evolving treaties in their famous books. Given that so much ink has been spilled, is it worth dedicating more time to the same topic? Or should one abstain from further comment? The fact that there are so many voices from different times and different places indicates exactly the opposite: Despite the great number of contributions, there is hardly any consensus. In fact, many of the solutions are strongly opposed to each other in theory and practice. So, in the face of the polyphony of voices, asking this question again is genuinely challenging as it entails many unsolved riddles. In this post I would like to share some of the questions that continue to thrill me about static and evolutive treaty interpretation.

The first important step is to get the definitions right as this is where many misunderstandings originate. “Static” or “contemporaneous” and “evolutive”, “dynamic”, “evolutionary” or “evolutional”, what are we talking about when using these phrases? The book employs a rather simple but clear cut definition: evolutive/evolutionary/evolutional/dynamic interpretation happens when the meaning of the text of a treaty changes despite the fact that the text stays the same. If change is discussed but denied, this amounts to static or contemporaneous interpretation. But is evolutive interpretation possible in international law? And if so, when? To get to grips with this issue, I have turned to universally accepted rules of interpretation as contained in the Vienna Convention on the Law of Treaties.

Understanding the VCLT as framework for arguments, sheds a new light on the jurisprudence of international courts. Regarding the ICJ for example, the book has discovered some new intertemporal instances that have not been dealt with before. The in-depth analysis of the 26 intertemporal instances allowed it also to better understand the stance taken by the Court. The Court’s approach towards static and evolutive interpretation has shifted considerably over time. In an initial phase of peaceful coexistence, the Court took an open static stance while rendering evolutive interpretations without making it explicit. Then, there were clashes in the South-West-Africa cases in which the Court overturned its stance several times. The Court has ended up with a rather balanced approach looking for the intentions and later for the assumed intentions of the parties. It was possible to see how the court determines certain knots of interpretation and what techniques of interpretation have turned out to be most successful.

A close analysis of the arguments used by the Court makes it possible to link the results to certain indicators, namely power, pace and perception. These indicators help to situate the argumentative patterns of the ICJ in wider interdisciplinary debates of legitimacy, social acceleration and fragmentation. Those wider layers show the difficulties but also the charm of the question of static and evolutive treaty interpretation. It is about capturing and understanding change and movement. So international treaties are maybe more like living trees. But when do they grown and what makes them grow? The answers are multifaceted. Take William Turner’s “The Fighting Temaraire”, the picture that graces the cover of my book. There is sea and gloaming. Turner catches an elusive moment in the movement of two ships. Between the two ships, which are similar but also very different, there is also a form of movement: an old sailing boat having fought important battles is on its last journey. It is tugged by a steam ship, the driving force of which entails the latest technology that changed not only shipping. There are different layers of movement represented by this oil painting, which is as an oil painting both rigid and transfixed. Is this not a beautiful contrariety?

About the Author: Christian Djeffal

Christian Djeffal received his PhD from Humboldt University of Berlin, where he worked as a research assistant. He is currently a law clerk at the Higher Regional Court of Frankfurt. He has been a visiting scholar at the Amsterdam Center for International Law at the University of Amsterdam, the Lauterpacht Centre at the University of Cambridge, and...