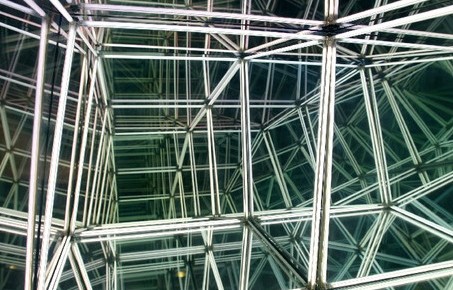 Can you give us a brief explanation of what metametaphysics is, and the big questions at the core of it?

The term ‘meta-metaphysics’ may seem awkward – and it is – but it is descriptive: the focus is on a methodological, meta-level analysis of the discipline of metaphysics. On a very general level, there are several different attitudes that one can take towards the discipline of metaphysics. One might be suspicious of metaphysics and its value or contribution within philosophy (and outside it). One might think that metaphysics is not a substantial area of philosophy because it focuses on pseudo-problems or merely conceptual, linguistic disagreements. Someone coming to philosophy from another discipline, such as the natural sciences, might be suspicious of the methods of philosophy, especially when compared with the rigour of the natural sciences. Philosophers working in different areas of philosophy might also worry about the justification of the seemingly outlandish claims about the structure of reality that metaphysicians are keen on making… These are all metametaphysical attitudes with some sceptical elements and they may even seem quite hostile to metaphysics, but I think that they are vital for the discipline.

So, in sum, metametaphysics is a study of the justification, role, and epistemology of metaphysics. One of the most central questions in the contemporary literature is the role of certain key notions and tools in metaphysics, such the notion of ‘existence’ and the interpretation of the existential quantifier – this is a theme that goes back to Russell, Meinong, Carnap, and Quine. But interesting as this debate is, I think it’s only a small part of metametaphysics – more accurately labelled as ‘metaontology’, which may be conceived as a sub-discipline of metametaphysics. Some key questions for the broader area of metametaphysics are the relationship between metaphysics and science, the related question of the role of a priori and empirical knowledge, and the recently much discussed topic of the priority (i.e., dependence) structure of reality – this last topic is associated with the notions of ‘grounding’ and ‘fundamentality’, which are now very popular in analytic metaphysics.

What were the greatest challenges you faced in writing An Introduction to Metametaphysics?

One of the greatest challenges was certainly the fact that metametaphysics is very young as a systematic area of research – even though many of the methodological questions that it deals with are certainly not altogether novel, and can be traced back all the way to Aristotle. This challenge was two-fold. First, I had to decide what to include under the label of ‘metametaphysics’, because the term does not have a generally accepted definition. I opted for a broad understanding, to distinguish ‘metametaphysics’ and the narrower notion of ‘metaontology’. Second, because there is little consensus about many of the issues debated in the growing metametaphysics literature and even the terminology is often inconsistent, I had to make difficult decisions about how to present certain views and what terminology to adopt. I tried to be fairly neutral about all this, but I do of course have my opinions about the matters, so this was always going to be a challenge, given that it’s supposed to be an introductory book.

How does An Introduction to Metametaphysics fit with your wider academic interests and research?

I’d say that the topic of this book is pretty much at the core of my interests. As I note in the Preface to the book, metametaphysical issues, or methodological issues pertaining to metaphysics, have been central in my work for about a decade, already my PhD dissertation from 2008 was called The Necessity of Metaphysics – this reflects my optimism about our ability to overcome the many methodological challenges that metaphysical inquiry faces. Although my views regarding many specific questions have changed over the years, my general attitude towards metametaphysics has remained largely unchanged: I still think that realism is worth defending, that modal epistemology is of particular methodological importance in metaphysics, and that we cannot do metaphysics without relying on at least some a priori reasoning, whatever the correct account of the relationship between a priori and a posteriori turns out to be.

One particular issue that I enjoyed tackling in the final chapter of the book is the relationship between metaphysics and natural science. This is also a topic that I’ve been interested in for some time and more recently my work has been increasingly directed towards the area that might be called ‘metaphysics of science’, where it’s necessary to take natural science aboard. Specific issues that I’m interested in include natural kinds and the laws of nature. This will become quite obvious to readers of the book, since I make extensive use of case studies and examples from chemistry and physics in particular. But I hope that I’ve managed to keep these examples quite understandable even to those with little or no prior knowledge of the relevant science.

Your book covers a wide range of topics in metaontology including existence and quantification. Can you tell us a little bit about one of two of these topics and how they are discussed in your book?

As I mentioned above, both of these topics are of some historical interest: they go back to famous debates between Russell, Meinong, Carnap, and Quine. They are also typically the first thing that philosophers have in mind when they hear talk of ‘metametaphysics’ or ‘metaontology’. This is partly due to the influential debate about the interpretation of the existential quantifier and the possibility of so called ‘quantifier variance’, familiar from Ted Sider, Eli Hirsch, and others. Since I spend about three chapters of the book trying to clarify this debate, I can’t hope to justice to it here, but let me try to simplify a little and give an example.

What do we mean when we say that something ‘exists’? The answer seems clear enough when our target is something material, like cabbages and chairs. But when we refer to abstract entities like numbers, or fictional entities like Sherlock Holmes, or indeed to impossible objects like the round square, it seems less clear. Moreover, it’s not obvious that we mean ‘exist’ in the same sense in all of these cases (whether it is the denial or the assertion of existence). For Quine and many contemporary philosophers it is important that ‘exists’ is univocal – one motivation for this might be to get clear on our theoretical commitments. But others regard this as less important – and one reason for this may be that they don’t think that our usage of ‘exists’ can or should track our theoretical commitments in the first place. This debate is in a central role especially in Chapters 2 and 3.

Can you tell us a little about how your book is structured and how this will be useful for students?

The book starts off with the more historically motivated discussion surrounding existence, quantification, and ontological commitment, as these are issues that anyone studying metaphysics should have some familiarity with. These are covered in Chapters 2 and 3. It then moves on to give an outline of the different metametaphysical positions in Chapter 4, before moving to the more specific topics of grounding and fundamentality in Chapters 5 and 6. The pace changes again in Chapters 7 and 8, where we take a step back and look at the epistemology of metaphysics more generally: the role of a priori and a posteriori knowledge as well as intuitions and thought experiments. Chapter 9, which concludes the book, focuses on the relationship between metaphysics and science and some of the recent debates in this area. All of these mentioned units are relatively self-contained, although I do refer to previous chapters when needed. However, I’ve also provided an index and a glossary of technical terms at the end of the book, so it is my hope that students (and professionals!) will be able to pick up the book and read any of the chapters as a self-standing piece.

Your book gives thorough treatment to several novel topics in metametaphysics, beyond the metaontological debate, can you give us an example of one?

Let me pick one of the topics that is not typically associated with metametaphysics or metaontology, but which I’ve decided to discuss in some length in this book, namely, modal epistemology. Modal epistemology deals with our knowledge of possibility and necessity. It’s an established area of research in metaphysics/epistemology, so it may not be obvious why it should be a topic that is covered in any detail in a book about metametaphysics. But anyone who knows the modal epistemology literature, to which I’ve contributed myself, will know that the questions one faces are methodologically very interesting. For instance, if one attempts to justify claims about metaphysical possibilities such as the famous case of the possibility of philosophical ‘zombies’ that lack phenomenal experience, sooner or later one will have to address very general methodological problems, e.g., regarding the nature of a priori knowledge, and so on. These questions are typically at the interface of epistemology and metaphysics, but I think that this is the case with almost all of the interesting metametaphysical topics. The reason why modal epistemology is a particularly interesting case study in this regard is that so many important arguments in metaphysics deal exactly with modal knowledge – just consider the ontological argument for the existence of God, which notoriously relies on the controversial link between conceivability and metaphysical possibility.

I probably do most of my writing at home, as there I can focus on it without external distractions. But I do also work at my office. Besides those two obvious locations, I sometimes do like to mix things up a bit and go to a coffee shop with my laptop – when I’m travelling and facing deadlines, this may even be the only option. I once wrote a whole (albeit short) paper in one sitting at a coffee shop in Dublin (for those interested, it’s my paper ‘Against the Vagueness Argument’, published in Philosophia in 2009). The bulk of my new book was actually mostly written in Reading and Durham, during a research visit in autumn 2014. At that point I had the book’s material and structure pretty clearly in my head, so it was good to be somewhere where I could really just do the writing – this is often easiest if there’s no internet connection available!

What is the first book you remember reading?

I read a lot of books as a child, so this is actually quite a difficult question to answer. But perhaps the first that I have a clear recollection of is Robert Louis Stevenson’s Treasure Island, which I recall being excited about. Certainly I read something before that, but this may be the first storyline that I have a proper recollection of.

I’m also tempted to mention the first proper philosophy book that I read, as a teenager: Rousseau’s The Social Contract. It made a lasting impact on me and accordingly my first philosophical passion was in fact political philosophy. But as I read more classics, I became even more interested in metaphysics and epistemology and I have in fact never pursued political philosophy professionally.

Describe your book in three words?

I’d rather have someone else do it! But here goes: accessible, unusual, disquisitive.

About the Author: Tuomas E. Tahko

Tuomas E. Tahko is a University Lecturer in Theoretical Philosophy and a Finnish Academy Research Fellow at the University of Helsinki. He is the editor of Contemporary Aristotelian Metaphysics (Cambridge, 2012) and author of numerous articles in journals, including Mind, The Philosophical Quarterly, Erkenntnis and Thought....