Rethinking the ‘English’ Short Story in Global and Publishing Terms 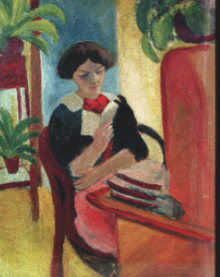 Ann-Marie Einhaus explores the question, "What IS the English short story?"

Just over three years ago, I started working on the outline for a new Cambridge Companion to the English Short Story. At the time I had just finished the manuscript for my first monograph, which looked at the short story’s particular relationship to the First World War. The companion was a wonderful opportunity to think about the genre in more general terms, though it was also a rather daunting challenge: as anyone who has ever edited a companion knows, the process is a lot more complex and time-consuming than one might suspect. I have used Cambridge Companions all through my academic career, however, and I found it a very rewarding experience to edit one myself.

The greatest difficulty was the title I had been assigned: what exactly is ‘the English short story’? Was I to take this as a literal remit and restrict myself to short stories written by English writers? In which case, what about those who were not born in England, but lived and worked there, and what about writers of short stories in English hailing from Scotland, Ireland and Wales, as well as Australia, Bangladesh, Canada, Ghana, India, New Zealand, Nigeria, Pakistan or South Africa? Other editors before me have grappled with this question and have found very different answers. Fortunately, my Cambridge Companion to the English Short Story was to have a tandem volume on the American short story, and I took this to mean that my volume could range freely among short stories in English written anywhere other than the United States. As a result, the companion covers a wide range of stories and authors in different countries around the globe, engaging with the short story as a genre that has offered a medium of expression for writers of different genders and backgrounds across a wide expanse of space and time.

The most important connection between different chapters in the companion is the enduring relationship between the short story and its places of publication, which of course also vary over time and depending on geographical location. Various chapters in the volume look at anything from late-eighteenth and early-nineteenth-century periodicals and gift books to postmodern journals and collections. They show that the very form and variety of short fiction are a result of market demands on the one hand – for entertainment or for moral instruction – and the freedom of the shorter form to experiment on the other. Most excitingly, the companion shows that the short story as a global form of writing has by no means reached the end of its development: the rise of the internet as an alternative medium of publication makes the twenty-first century an exciting as well as a challenging time to read and write short fiction.

To see what I mean by this, why not have a look at Teju Cole’s ‘Seven short stories about drones’, first published via Twitter in January 2013: http://thenewinquiry.com/blogs/dtake/seven-short-stories-about-drones/

About the Author: Ann-Marie Einhaus

Ann-Marie Haus is the Lecturer in Modern and Contemporary Literature in the Department of Humanities at Northumbria University. She is the co-editor of The Penguin Book of First World War Stories (2007) and has published articles on First World War writing, modernism and canonization in journals such as Literature and History, Modernist Cultures, a...