How much radiation is safe? 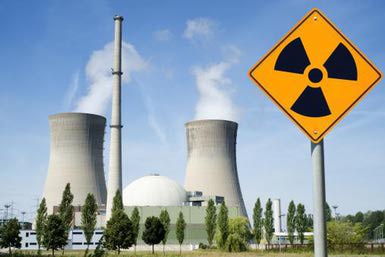 One of the most important questions in science today as it relates to public policy is the debate over whether we should use a linear no-threshold model (LNT) or a threshold model when calculating the health risks of low to moderate doses of radiation. Public policy is currently guided by the LNT model, which posits that radiation damage increases linearly with whole body radiation dose. This has led to expensive engineering efforts to decrease radiation output of operating nuclear plants. It also makes our current best low-carbon power source, nuclear energy, less feasible both economically and politically.

However, there is currently no solid evidence for this linear dependence at low to moderate radiation levels. It may be that there is a threshold dose, below which no lasting damage occurs. Although it is reasonable to assume that radiation damage to DNA and other cellular machinery is linear as a function of radiation dosage, actual damage is mitigated by cellular repair mechanisms. It may even be that there is a protective effect (hormesis) due to increased cellular damage response to small amounts of radiation or other types of biological stress. These repair mechanisms probably increase initially, then reach a maximum so that, depending on parameters, various non-linear curves are possible. If this is the case, it would mean that many current, expensive attempts to limit low-level radiation exposure are misguided and counter-productive.

If this is the case, it would mean that many current, expensive attempts to limit low-level radiation exposure are misguided and counter-productive.

Briefly our experiment was set up as follows: One dose of radiation was given shortly after hatching. The incident radiation exposures ranged from 0.1 to 1,000 Joules/kg (10 to 100,000 Roentgen). Life spans were measured and gene expression was measured at 2, 10 and 20 days after irradiation.

Research into the possible presence of a threshold effect in low to moderate radiation exposure for humans could have a profound impact on how we deal with the dangers associated with radiation exposure, and also on how we will meet our energy needs in the near future while also reducing our carbon footprint and reliance on fossil fuels.

About the Author: Leon N. Cooper

Leon N. Cooper, author of Science and Human Experience, is the Thomas J. Watson Senior Professor of Science at Brown University and Director of the Institute for Brain and Neural Systems. He has received numerous awards and prizes for his scientific achievements, most notably the 1972 Nobel Prize ...