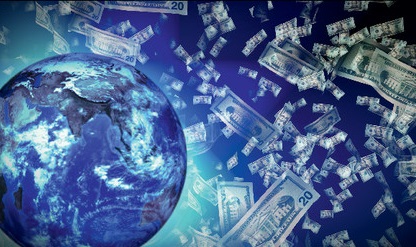 With all eyes on the Anti-Corruption Summit in London this week, Susan Rose-Ackerman and Bonnie J. Palifka, the authors of Corruption and Government, Second Edition, highlight the relevance of their work to two recent scandals: Petrobras and the Panama Papers.

The Petrobras scandal has shown how fickle perceptions of corruption can be.  During the Lula years, Brazil was seen as a model for other Latin American countries in the fight against corruption, but in retrospect it seems that the improvement in corruption perceptions was based mainly on expectations. Even if petty corruption improved under Lula, apparently grand corruption continued full pace behind the scenes.  It is, therefore, important to look beyond cross-country indices of corruption and superficial impressions.  (Compounding the Petrobras scandal are the Rio Olympics—although there is an oversight committee, it will be interesting to see how the cost overruns compare to Sochi’s.)

Petrobras is the Brazilian state-owned oil company, and the corruptly awarded contracts were apparently pervasive.  The kickbacks that came to light highlight the inherent potential for corruption in state-owned enterprises. However, as we argue, privatization would not necessarily cure corruption, and it may even introduce new corrupt opportunities: to gain inside information, to secure a private monopoly or a favorable public-private hybrid, or to evade regulations after privatization.  Because, let’s face it: firms need to be regulated.  The recent Volkswagen and Mitsubishi cases demonstrate that private industry cannot be trusted to self-regulate, thereby creating the need for regulators and inspectors, but also introducing the possibility of using bribes to circumvent the rules. Of course, private individuals, firms, and civil society groups may also play a role in detecting corruption and fraud: an academic researcher discovered the Volkswagen fraud, and another firm, for which Mitsubishi was a supplier, discovered Mitsubishi’s deceit. Investigative journalists and civil society watchdogs, such as Transparency International, also play a role. Notably, few cases are revealed by whistleblowers because whistleblower protection is still not widespread and, even where it is in place, it is insufficient.

The Panama Papers case illustrates the value of whistleblowers and the timeliness of our call to link anti-corruption efforts to anti-money laundering and anti-organized crime. Despite a plethora of international agreements, these interlinked activities have continued to thrive. The use of shell companies by politically-exposed persons and organized crime alike is especially disconcerting.  This case gives this week’s anti-corruption summit in London a special urgency.

Scandals may serve as catalysts for change and anti-corruption movements, especially if the media continue to give them importance.  We must be cautious, however, because such movements can be appropriated by politicians whose campaign promises translate into little more than an Anti-Corruption Agency with insufficient power, support, funding, and personnel, serving as a façade while business as usual continues.  Worse yet, anti-corruption campaigns may be used to target the opposition, reinforcing the power of incumbents and beginning yet another corruption cycle.

Even if anti-corruption reform is undertaken by a sincere government, there is no guarantee that it will be sustained.  It is essential that early reforms benefit some groups such that they then become the champions of further reforms. Furthermore, even the best-intentioned governments will not get far if they cannot produce good policies and garner public support for reform.

We are hopeful, however.  First, anti-corruption initiatives have moved beyond just fighting corruption, to building good governance overall.  In this effort, the professionalization of the civil service as well as judges, prosecutors, and police forces is essential to strengthen the rule of law and thus change the incentives to make corruption less profitable.

Second, many governments have found the tools of E-government useful, making government more efficient, effective, transparent, and accountable.  The use of social media and mobile technology inside and outside government has proven to be cost-effective in both the provision of information and the organization of grass-roots reform movements.

Finally, many concerned citizens around the world are raising their voices in protest over corruption, showing that vicious circles can be broken, the status quo need not be tolerated, and anti-corruption reform can be good politics. With the help of international organizations, and through international cooperation, reformers can work to change institutions and incentives to reduce corruption, and unleash the potential of countries held back by entrenched malfeasance.

About the Author: Susan Rose-Ackerman

Susan Rose-Ackerman is the Henry R. Luce Professor of Jurisprudence (Law and Political Science) at Yale University, Connecticut. She is one of the world's leading scholars of the political economy of corruption and one of the first economists to write on the subject. She is the author or editor of seventeen books and numerous articles. The first ed...

About the Author: Bonnie J. Palifka

Bonnie Palifka is an Assistant Professor at the Instituto Tecnológico y de Estudios Superiores de Monterrey (ITESM), Campus Monterrey, Mexico. She has taught a course on corruption based on the first edition of this book since 2004 at ITESM and since 2011 at Yale University. Dr Palifka has spoken on corruption at conferences in the United States, ...