The Making of the Green-Eyed Monster 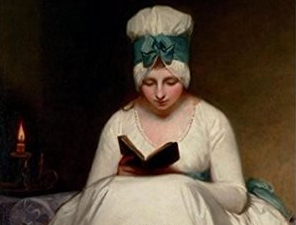 Kate Rumbold, author of Shakespeare and the Eighteenth Century Novel, reflects on the countless contributions the Bard made to the English language.

400 years after his death, Shakespeare still influences the way that we write and speak.  One of his greatest legacies, it is often said, is to the English language itself.  Of course, just as many of the new words credited to Shakespeare’s invention were not in fact coined by him, so too were many of his famous phrases creatively adapted from earlier sources such as proverbs, the Bible and other plays.  Some Shakespearean phrases are so familiar that they can be endlessly adapted by headline writers: ‘to x or not to x?’.  Others have the ring of enduring sayings: ‘the course of true love never did run smooth’; ‘to thine own self be true’.  Others, like ‘green-eyed monster’, have become part of modern English idiom, and are in everyday use.  As journalist Bernard Levin wrote, ‘if you have played fast and loose, if you have been tongue-tied – a tower of strength – hoodwinked or in a pickle, if you have knitted your brows – made a virtue of necessity, insisted on fair play, slept not one wink, stood on ceremony … you are … quoting Shakespeare’.

How did Shakespeare’s dramatic lines become part of everyday speech?  Surely, we might assume, it is only natural for English speakers to quote the words of the most celebrated dramatist in the language.  However, when we talk of Shakespeare’s legacy to the English language, it is very easy to overlook the intermediary figures who shaped that legacy: the writers and artists of the last four centuries who, by borrowing Shakespeare’s phrases for new creative purposes, helped to bring them into common use.

For example, the eighteenth-century novelist Henry Fielding admired Shakespeare and frequently quoted him in his fiction.  In his best-selling novel Tom Jones (1749), the narrator observes that:

In 2016, Iago’s ironic warning to Othello to beware the ‘green-ey’d Monster’ is very familiar.  Even if we do not know the speaker, or even the play from which the phrase comes, we recognise it in modern usage – from cartoons to court transcripts – as a byword for jealousy.  Yet when Fielding quoted the line, it was not in common parlance.   I have found only a handful of instances of the phrase in eighteenth-century texts before 1749.  After Fielding’s quotation is published, though, hundreds of writers follow suit:

…it is worse than Shakespear’s Green-Eyed Monster, which is sometimes found to be a Weed in the noblest Natures…

For where there is love, that green eyed monster, jealousy, is sure to interfere.—

Mrs Parker reddened up; the green-eyed monster seemed to possess her, she retired in tears;…

As these examples suggest, the phrase becomes increasingly detached from its source over the century.  We can, it seems, credit Fielding with helping to shape a trope of jealousy that continues to circulate independently of him and of Shakespeare today.

But the eighteenth-century novel does more than put some of Shakespeare’s phrases into popular circulation.  More significantly for Shakespeare’s legacy, the novel lastingly shapes the figure of ‘Shakespeare’ himself.  In the middle of the eighteenth century, Shakespeare’s status as national poet was not yet secure.  By having a wide variety of fictional characters quote the words of ‘our Shakespeare’ for advice and comfort, eighteenth-century novelists detach his dramatic speeches from his characters and ascribe them to the playwright.  In so doing, they grant him a new moral and emotional authority.   Through frequent quotation they promote his insight into human behaviour; and satirise his most desperate admirers who can only mangle his speeches.  In the process, the novelists champion their own accurate characterisation, and position themselves as valued cultural guides.  The emerging genre of the novel, and the emerging figure of ‘Shakespeare’, are mutually supportive in the eighteenth century.  By the end of that century, they will be dominant cultural forms, whose legacies extend to the present day – and, very likely, far beyond.

Kate Rumbold is the author of Shakespeare and the Eighteenth-Century Novel: Cultures of Quotation from Samuel Richardson to Jane Austen (CUP, March 2016).  Kate will be discussing more Shakespearean phrases that have become part of everyday speech in ‘Shakespeare Speaks’, a series of programmes for BBC World Service, in late April.

To win Shakespeare and the Eighteenth-Century Novel enter our daily Shakespeare giveaway, Much Ado About Winning – www.cambridge.org/shakespearewin

About the Author: Kate Rumbold

Kate Rumbold is the author of Shakespeare and the Eighteenth-Century Novel: Cultures of Quotation from Samuel Richardson to Jane Austen (CUP, March 2016). Kate will be discussing more Shakespearean phrases that have become part of everyday speech in ‘Shakespeare Speaks’, a series of programmes for BBC World Service, in late April. ...