The Growth Paradigm in the Spotlight: Historical Roots of Our Current Dilemmas 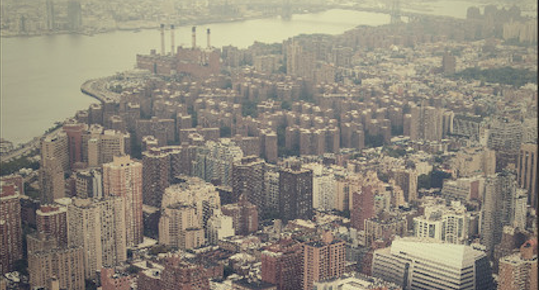 Matthias Schmelzer, author of The Hegemony of Growth, sheds new light on the continuous reshaping of the growth paradigm up to the neoliberal age and adds historical depth to current debates on climate change, inequality and the limits to growth.

Recently, economic growth as a policy goal has (again) become highly controversial. Not only are welfare economists increasingly questioning the universal merits of maximizing growth, since more GDP does not seem to lead to better lives for most people, but environmentalists and ecological economists are questioning with strong arguments, whether humanity will be able to achieve its collective goal – now enshrined in the Paris Agreement–to limit global warming to 1.5°C without curbing economic growth in the richest countries. Moreover, industrialized countries experience what some economists call a trend towards “secular stagnation.”

In spite of these considerable problems, economic growth has become and largely remains what scholars from a variety of fields, including renowned historians, have described as a “fetish” (John R. McNeill) or “obsession” (Barry Eichengreen, Elmar Altvater), an “ideology” (Alan Milward, Charles S. Maier), a “social imaginary” (Cornelius Castoriadis, Serge Latouche), or an “axiomatic necessity” (Nicholas Georgescu-Roegen).

In light of these current critical perspectives on growth, the pervasiveness of GDP as a measure of social well-being and of growth as a policy goal seem rather peculiar – a “puzzle” or “paradox” in need of explanation.

I took up this challenge by asking the simple question: How did economic growth come to be almost universally seen as a self-evident goal of economic policy-making and how was this constantly reproduced in changing circumstances?

While growth is at the center of both public and academic debates, the question how economic growth attained its status as an overarching priority in the first place has not received much attention by historians, nor by researchers in other disciplines. Digging deep into history and analyzing growth thinking at the transnational level and at the interface of academia, national bureaucracies, and international organizations reveals the complex and contested history and politics behind the emergence, functioning, and evolution of the “growth paradigm.”

In order to answer my question in a transnational context and grounded in historical and institutional developments, I focused on the emergence and evolution of knowledge about economic growth within the OECD and its predecessor, the Organization for European Economic Co-operation (OEEC), one of the least researched international organizations. I researched the archives of this organization and of some of its key member countries, read texts by key protagonists on growth theory, growth debates and the critique of economic growth, and discussed my arguments with colleagues around Europe, North America, and Japan, linking these to humanities’ current predicaments.

The resultant book is both profoundly historical – retelling in detail the making and remaking of the growth paradigm in the second half of the twentieth century – and topical for current discussions. Its chapters discuss – among many other issues – the international standardization of national income accounting, the transnational harmonization of growth policies, how growth became a universal yardstick, the replication of growth policies in the context of decolonization and the ‘development of others,’ the OECD-Club of Rome nexus, the birth of environmental politics and social indicators, as well as the more recent turn to neoliberal growthmanship. The book also touches on issues that are currently controversially discussed – not least within the OECD.

In this vein, in March 2016 I was invited to present the book in the context of the OECD’s New Approaches to Economic Challenges (NAEC) seminar, resulting after a fascinating comment by former OECD director Ron Gass in a highly interesting discussion that revolved around what is currently labelled the “triangle” within the OECD – the relationship between the economy, society and nature.

I argued that based on its longstanding history of promoting – but also questioning and further developing the growth paradigm – and also due to its functions – a think tank, ideational artist, forum – the OECD is in a particularly privileged position in taking a lead role to really advance towards a postgrowth narrative for the early industrialized world. In this vein, the OECD could contribute to developing a societal narrative that leaves the policy focus on growth behind, because growth is a means to other ends – a means that, while highly advantageous for a certain historical period, might become an obstacle for another.

The Hegemony of Growth by Matthias Schmelzer

About the Author: Matthias Schmelzer

Matthias Schmelzer is a postdoctoral researcher at the University of Zürich, Switzerland. His areas of interests include transnational social and economic history, social movements, and the history of capitalism....