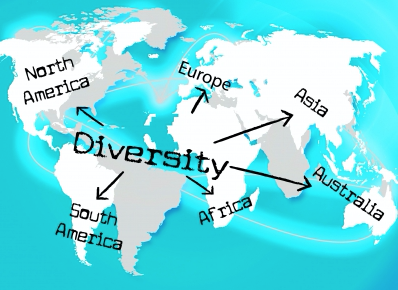 In the fifth week of our virtual roundtable on emotions, we ask:

Are human emotions universal or cultural-specific?

In answering this question, psychology has gone beyond a simple either-or. While the physiological, cognitive, and action tendency components of emotions tend to be universal, the triggers and expressions of emotions vary widely. Modern psychology overestimates the universality of emotions and their components and underestimates the share of context effects, including history, culture, and situation. For example, the triggers of the emotion of disgust varied widely across historical time, as sociologist Norbert Elias showed decades ago, and more recent research showed culture-specific effects. Cognitive theories of emotion explain how people interpret their own and other people’s emotions. Interestingly, few scholars ask how accurate these interpretations usually are, and only recent research has begun to talk about interpersonal accuracy. Independently, philosophers have begun to analyse the understanding of emotions; that is, when is it justified to state that an emotion and its causes have been accurately recognized. Similarly, the psycho-historical framework for research on art appreciation, reviewed in the book on critical feeling, postulates that understanding of an artwork is only possible when a viewer’s inquiry refers back to the art-historical context in which the artwork has been created. This framework can neatly be applied to emotions: To understand them, people have to refer to the causal history and the situational context that led to the current emotion.

Understanding how cultural influences are learned requires that we recognize a unique defining aspect of emotional development: it involves private events. Skinner (1953) noted such events are “distinguished by limited accessibility but not…by any special structure or nature” (p. 257). This lack of accessibility can make it difficult to establish a reliable vocabulary to describe such events. Johnnie, playing with blocks, they fall, he screams and throws a block. Caretaker says, “Johnnie, you’re frustrated and angry, but you shouldn’t throw things! Go to your room and relax!” Johnnie learns about the private affective event: it is labeled “anger,” it is caused by frustration, when it occurs you should not throw things but instead relax. This is emotional education fostering emotional competence, but it can go awry: Janie does exactly the same thing but the caretaker responds, “Bad girl!” and strikes her. Janie does not learn the affect label, its cause, or what to do when it occurs. She only learns that when she feels that affect, she is punished. So far as we can know, private events triggered by the arousal of a given neurochemical system are the same everywhere, but patterns of emotional education–labels, explanations, and prescribed and proscribed responses–vary widely with culture. So, one universal aspect of emotion involves felt affect, but learning about this private experience is open to interpretation. Another well-described universal aspect of emotion involves the display: be it pheromone, facial expression, posture, or affective vocalization; although display and decoding rules are culture-specific.

Yes. Human emotions are both universal and culture specific. To the degree that human emotions respond to evolutionary challenges as they apply to all social species (e.g., care for offspring, self-defence, aggression) they are universal. To the degree that human emotions are social and occur in interpersonal contexts that are guided by social norms and rules, which in turn are culture specific, they are culture-specific. For example, when facial expressions are used to conditioned stimuli in a classic conditioning paradigm, it is very easy to condition anger expressions and the conditioning is quite resistant to extinction. Yet, it is almost impossible to condition happiness expressions. This finding is culture independent and based on the social signal value of the expression (anger = threat, happiness = all is well). By contrast, the perception of the intensity of anger and happiness expressions in various contexts as shown by members of different groups depends in cultural display rules and stereotypes.

This obviously depends on the definition of emotions, which is a contentious issue in that literature. Nevertheless, certain approaches are quire clear on the universality issue. Core affect, or Damasio’s notion of ‘feeling’, should be universal. The more cognitively complex interpretation and experience of discrete emotions, however, should be much more cultural-specific. Again, I think there is a clear relationship with social relationships here. Individuals have a need to relate and cater and tend to relationships — to maintain them, one is provided with inclusion and one avoids the spectre of exclusion. This is a human universal. However, the precise ways through which we manage to satisfy this need and successfully regulate our relationships is strongly bound by cultural rules of how to regulate which relationship (e.g., one’s partner, one’s child, one’s colleague, one’s boss, a stranger). One consequence of this in terms of emotions is that some rules suggest that it is better to express one’s anger at the risk of hurting the other (let’s call this Dutch directness!), whereas other rules suggest that it is better not to rock the boat and maintain harmony by not expressing (negative) emotions (most visible, on average, in countries such as China). The underlying principle here is universal, but its cultural praxis is very different.

Next week, our final week of this virtual roundtable, we will ask our experts  what they think the future holds in the research of emotions in Psychology.