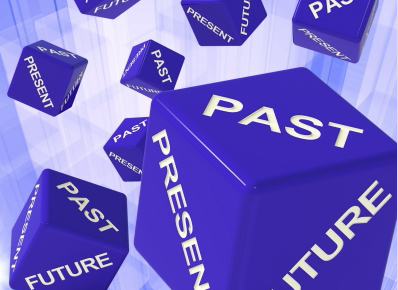 In our sixth and final Virtual Roundtable on Emotions, our experts give their thoughts on what the future might hold.

In the sixth week of our virtual roundtable on emotions, we ask:

What does the future hold in the research of emotions in Psychology?

First, emotion research may become more interdisciplinary. Beyond psychology and neuroscience, philosophers, anthropologists, political scientists, historians, and even archaeologists work on emotions. Emotion research in psychology would benefit much by taking the findings of these fields into account. Second, emotion research will be done and applied in the field. Emotions have to be considered in schools and organizations, and new research points to the importance of emotions and their regulation in therapy. Third, new methods have advanced emotion research. Brain imaging and electrophysiological methods can by now almost be called traditional methods but new developments that integrate the two in a way that brain activity can be measured with both high spatial and high temporal resolution may inform scientists about the dynamics of emotion processes in the brain. However, these methods have to be used to examine theories about the workings of emotions, not just for their localization and the temporal course of electrical brain activity. Another promising way to elicit emotions in the laboratory comes from new methods using virtual reality. Having said all that, predictions are notoriously difficult. What I have listed here are extensions of existing lines of inquiry within the dominant paradigms in emotion research. Maybe someone is already working at a groundbreaking theory or a new method that completely changes how we think about emotions or how we examine them in the laboratory or in the field.

In classical Greek civilization, three essential bases of the science of Psychology were motivation, emotion, and cognition. Modern psychology teeters precariously on the cognitive leg, but its time of dominance may be at an end. This is driven in great part by the fact that the affective and display aspects of emotion are so much more open to operationalization and measurement than they were in the past. The renaissance is slow, but it is gaining steam. The addition in the U.S. of the dynamic new Society for Affective Science (SAS) in addition to the International Society for Research on Emotions (ISRE) is a sign of the increasing recognition of the importance of emotion. One particularly important future application of emotion is in the area of decision-making. Traditional economic theories suggest that humans are rational actors motivated to cope with risk by maximizing the expected utility of outcomes, and emotions were thought to be largely disruptive and contrary to rational thought. However, it is now understood that emotions can also contribute positively to decision-making. For example, the “risk as feelings hypothesis” suggests that when there is tension between rational evaluations and feelings, behavior tends to be determined by emotions. An implication of this view is that emotions may be targeted in interventions designed to reduce risky behavior. By warning people about the emotions they would feel in a risky situation, it may be possible to reduce this tension and effectively immunize them against being “carried away” by their feelings: “emotional inoculation.”

This obviously is a very difficult question, but we can imagine that the increase in both better equipment measuring emotions (e.g. facial expressions, or physiology), and better software to analyse these data, could especially lead to more detailed analysis of emotional expressions and communication in dynamic settings.

The future is very bright as it holds, first of all, a closer linkage between emotions and social relationships. The dominant perspectives in the psychological emotion literature are essentially individualistic theories, conceptualizing emotion within the person. Although there is certainly a kernel of truth in that, it is also true that this focus limits our understanding of how emotions are evoked and experienced, and which aspects of the underlying psychological processes are universal or culture-specific. The alternative to this individualist perspective is a relational one, in which emotions serve as relationship regulation tools, and thus exist both inside and outside the individual. Indeed, emotions exist particularly between individuals, or between groups. In this sense, the bright future I see requires a shift in how we conceptualize emotions. But of course there is nothing wrong with changing one’s mind, every now and then.