Percussion on Top of the Upside-down Cake

Russell Hartenberger, the editor of The Cambridge Companion to Percussion, explores the great significance of percussion in music in the 21st Century.

Barbara Hannigan, the internationally acclaimed singer/conductor, recently returned to her alma mater, the University of Toronto, where I am professor of percussion. When Barbara was an undergraduate student, she spent a lot of time in the percussion department, even playing in our West African drumming ensemble. I spoke with Barbara on her return to the school and told her, “I’ve always thought of you as a percussionist who happened to sing and conduct.” Barbara responded, “That’s exactly how I feel, and that’s how I want other people to think of me, too!”

Barbara Hannigan singing and conducting Ligeti’s Mysteries of the Macabre

Barbara’s desire to be characterized as a percussionist is not an association singers, conductors, or, to be honest, any other musician would have relished fifty years ago. However, the oft-maligned persona of a symphony orchestra percussionist playing a single cymbal crash or triangle roll in an hour-long symphony has now been radically displaced by the images of percussionists playing concertos in front of the orchestra, touring around the world in percussion ensembles, playing jazz and non-Western music, and leading the revolution that is bringing rhythm and pulse-based music to concert audiences.  This reversal of the musical hierarchy is taking place so rapidly that an article in the New York Times in 2009 by music journalist Allan Kozinn in which he stated, “If you think about it, drums are the new violins,” seems suddenly outdated.

Steven Schick, esteemed percussion soloist and author of The Percussionist’s Art, is a percussionist who has literally moved to the podium, as the headline in Kozinn’s article proclaims. Schick is currently music director of the La Jolla Symphony and Chorus and artistic director of the San Francisco Contemporary Music Players. He is also Distinguished Professor of Music at the University of California, San Diego, and recently served as Artistic Director for the Ojai Festival.

Schick writes about his transformation from professional percussionist to orchestral conductor in an entertaining and informative chapter in The Cambridge Companion to Percussion, a collection of twenty-one articles by twenty percussionist/authors. In his article titled “Three Convergences: A Percussionist Learns to Conduct,” Schick describes the out-of-body experience he had when he found himself volunteering to conduct a concert of the La Jolla Symphony soon after the regular conductor stepped down. When a colleague looked at him with incredulity and said, “But, you don’t know how to conduct!” Schick answered, “True, but how hard could it be?” 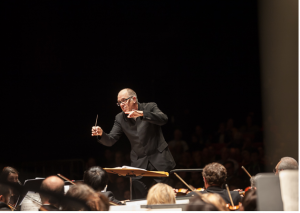 As Schick explains, “it was more than simply hard; it was truly painful.” But just as Barbara Hannigan discovered, Schick found that a percussionist’s sensibility was excellent training for the precision and clear hand and arm motions required of a conductor. In his article, Schick describes the three realizations he had while learning to conduct: conducting is externalizing a system of organization; conducting is gesturing; and conducting is teaching. Steven Schick’s story of his own musical metamorphosis from percussionist to conductor is only one example of the twenty-first century upside-down cake that is putting percussionists in the forefront of musical innovation.

The peripatetic percussion soloist Colin Currie is another person who is changing the role of percussionists in today’s world. In a chapter titled “Taking Center Stage: Percussionist as Soloist,” Currie provides an overview of the early percussion solo and chamber works that inspired him. He then outlines his career from its early stages to the present and gives insightful commentary on many of his commissioned concertos and solo percussion works. Currie advises “anyone starting out as a soloist to build your own repertoire,” and explains that this is “the likeliest route to achieving the notoriety needed to be on the radar of an ever-increasing circle, and the path with the famously twinned properties of both highest risk and rate of return.” 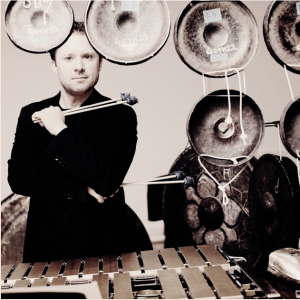 Adam Sliwinski, a member of Sō Percussion, traces the advent of percussion chamber music from the early works of Edgard Varèse and John Cage to the masterpieces of Steve Reich in an article titled “Lost and Found: Percussion Music and the Modern Age.” Sliwinski provides insight into the development of the percussion chamber ensemble from Cage’s assemblage of non-percussionists to Nexus, Blackearth, Sō Percussion, and the new generations of percussion groups that are proliferating throughout the world. Sliwinski’s article also is a paean to the simple tin can – an object that is now a standard item in every percussionist’s instrument collection. 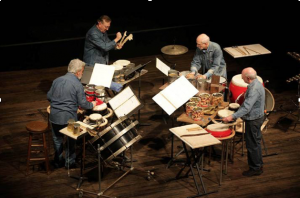 Twenty-first century percussionists are, in an unusual twist, a throwback to the pianists of the nineteenth century who were as well known for their compositions as they were for their virtuoso performances. In a section of The Cambridge Companion to Percussion titled “Composing Music for Percussion Instruments,” three percussionists write about their approaches to composition. Virtuoso percussionists Bob Becker and Jason Treuting discuss their original ideas about composing, and Steve Reich, a percussionist who the New York Times hailed as “our greatest living composer,” gives us his “Thoughts on Percussion and Rhythm.”

Other chapters cover topics ranging from the traditions of our craft, jazz and drum set playing, world percussion, acoustics, the development of new instruments and their impact on today’s music, to the latest scientific research into performance and rhythm.  Together, the twenty percussionist/authors represented in The Cambridge Companion to Percussion shed light on the significance of percussion in music of the twenty-first century.

Why Write a Cambridge Companion to...