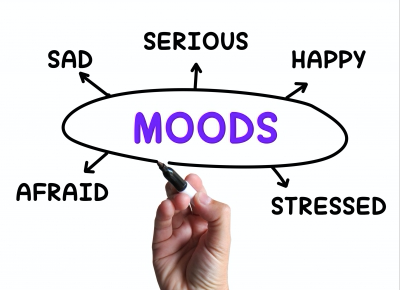 In the fourth week of our virtual roundtable on emotions, we ask:

How do our emotional expressions affect others?

By and large, there are two routes how to recognize emotions, a direct and an indirect one. The direct route means that people “read” emotions from the face, body posture, and voice of the other. People often use this direct route to communicate emotion. In one classical study, the researchers observed at what time in the game bowlers smiled: They smiled much less when they watched the pins than when they afterwards turned to their fellow players. Such smiles can be directly perceived and interpreted. However, there is an indirect route through unconscious simulation of the emotions of others, possibly through so-called mirror neurons that provide plausible neurological underpinnings for the process of simulation. There is rich evidence that individuals mimic other people’s emotions and that emotions therefore are contagious. Once emotional expressions of others are recognized, they unfold their effects on judgment and behaviour. For example, when I am angry at a friend who broke my camera, he may express guilt that results in appeasing me.

In spontaneous communication, innate emotional displays (pheromones, facial expressions) co-evolve with innate preattunements to those displays involving mirror neurons; it is nonvoluntary and nonintentional, and serves as the basis of the social order in human beings as in ants, bees, and even microbes. Pseudospontaneous communication involves the voluntary control of the display to follow learned display rules: modulation, qualification, falsification. So, the expression reflects an amalgam of innate and learned influences. These are responded to automatically and unconsciously by others, who derive via mirror neuron systems a “gut sense” of the responder’s emotions. This drives reciprocal expressive displays in the other. The resulting mutual dance of emotional empathy has been termed primary intersubjectivity and is the basis of rapport. It involves the GREAT emotions of gratitude, respect, elevation, appreciation, and trust; which are maintained by mutual expressions of politeness. These “vibes” are usually unconscious, but if the partner does not follow display rules (for example, is rude), one’s emotional response is immediate, strong, and negative; involving indignation and resentment. Happily, such deviations are rare: human beings are incredibly prosocial, so much so that politeness and conformity are taken for granted. Importantly, if one is highly expressive, it drives greater expressivity in interaction partners, so that an expressive person tends to carry around an emotionally enriched environment wherever they go (and conversely, an unexpressive person carries around an emotionally deprived environment). Thus, the most direct way to be emotionally intelligent, empathic, and charismatic is to be high in expressivity yourself.

Emotion expressions are communicative signals, so all emotion expressions affect others even unconsciously. Emotional signals provide information about the emoters’ emotional state as well as stable characteristics and personality traits. This information is relevant in interactions and affects the interaction partner. In addition, facial expressions are contagious. People often mimic the expressions of others, unless the other is a member of a disliked group, or if the mutual goal is non-affiliative. In addition, there is also some question whether all emotions are mimicked to a similar extent. It is unclear for example whether we mimic anger, or that we respond with an anger expression because we appraise the other’s anger as unfair. The processes underlying social influence of facial expression has been conceptualized in different ways, but all emphasize the fact that facial expressions affect people directly.

Just as those of others affect us — they signal inclusion or exclusion, the need for relationship regulation, and how we should go about that in the culture that we are embedded in. For instance, someone’s expression of anger may hurt us but at the same time give the other more attention and even inspire taking his or her perspective. Someone’s expression of contempt may hurt us even more because it signals the termination, or at least the pending termination, of the relationship. More generally, I believe that emotional expressions serve mainly as signals of relational safety or unsafety, and can therefore act as triggers toward relationship regulation.

Next, week, we will ask our experts if they believe human emotions are universal or cultural-specific.