Amy Reynolds, the author of Free Trade and Faithful Globalization, discusses the impact and implication of trade agreements.

Heralded by The Economist as the most important free-trade agreement in years and arguably the largest regional trade agreement yet to be brokered, the Trans-Pacific Partnership is currently a topic of international debate. After five years in the making, the agreement was finalized earlier this month, even as negotiations lacked transparency. Proponents herald the increased attention to labor rights and environmental protections; opponents note such provisions are unlikely to be enforced. Concerns over national sovereignty and the increasing power of businesses over the state exist alongside expectations of increased economic growth.

As illustrated below, in the last two decades the importance of bilateral and regional free trade agreements has risen exponentially. However, trade liberalization has happened without the social provisions initially intended. Talks in the middle of the twentieth century to create the International Trade Organization (ITO) failed, and trade liberalization has steadily occurred without a robust global governing and oversight body that would have likely addressed such social provisions, and focused on issues such as business practices and the role of public enterprises. 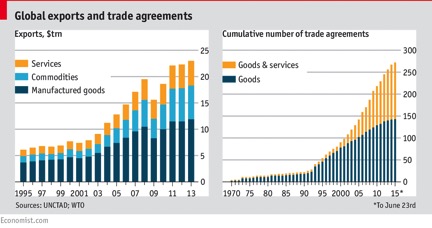 As the number of trade agreements has grown, so has the attention and critical reflection of civil society actors.   Transnational religious communities are some of these central actors – perhaps in part because of their growing engagement in issues of relief, development, and advocacy. During my time working in Central America with a faith-based nonprofit focused on coffee farmers, it became clear that issues of trade and trade policy had huge impacts on marginalized communities. Although training efforts for farmers or the financing of loans (both orchestrated by the nonprofit) might be considered “development” by donors and partners, such strategies sought to change economic dynamics. When farmers had more power in their interactions with transnational business actors, I knew there was more hope for long-term change.

However, the connection between religious actors and international economics (let alone trade policy) is not one that has been a focus of much investigation. Religious actors are often involved in micro and macro level pieces of economic development. In this book, I focus specifically on the advocacy work of such religious actors to see how they relate to the state’s economic actions. 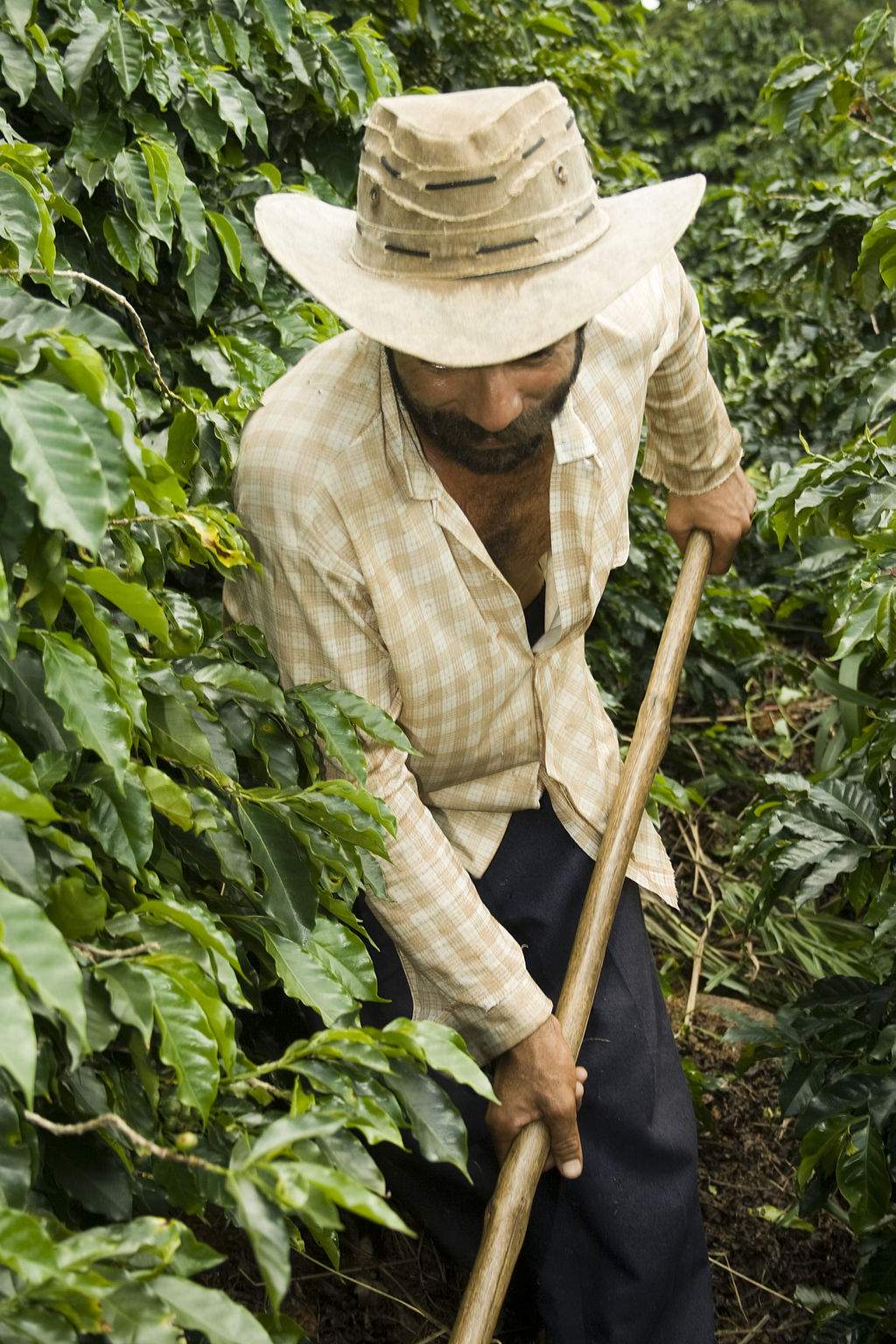 Within the Americas, Catholic and Protestant Churches still claim the allegiance of a majority of the population. Free Trade and Faithful Globalization examines the engagement of specific Christian actors (Catholics in Costa Rica, Presbyterians in the United States, and ecumenically-minded Christians in Canada) in specific trade policies to see just what sort of moral claims and moral foundations religious groups are using to critique or evaluate economic policies. The voices of these religious actors merit attention, given that issues of morality, ethics, and virtue tend to be largely muted in trade discussions.

This book looks not only at the at the different ways these groups evaluate trade issues, but also how they think about their voice and role within the economy, and the ways that religious values are linked with economic life. Questions of how to engage are based in part on assumptions about the role of the market and the state. As questions about the moral consequences of global capitalism are taken seriously, so should the propositions of non-state actors trying to craft a more just economy.

About the Author: Amy Reynolds

Amy Reynolds is the author of Free Trade and Faithful Globalization....