Press Archivist, Dr Rosalind Grooms, takes us back to the 1930s, and explores how the Second World War disrupted our bibles business, and sparked a war of words between publishers at Cambridge, Oxford, and Collins.

So much is taken for granted in peace time.

Next time you zip up your backpack or unzip your jacket, consider a day without that useful device for holding materials together.

During the Second World War, zips were valuable for their metal and their function. For the Press, zips were an important commodity and source of considerable income. 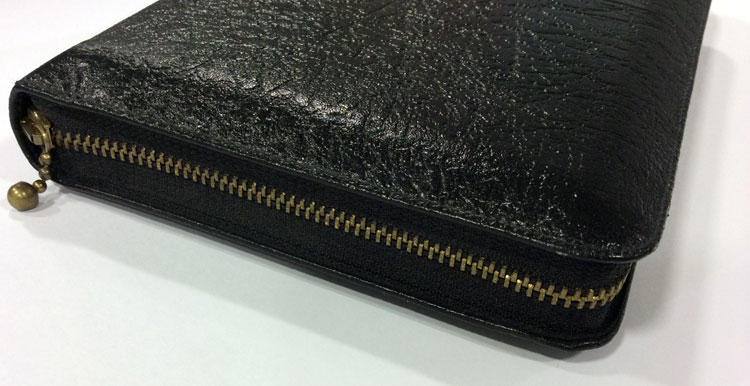 Pink, cyan, navy, purple, red, charcoal … an internet search today will reveal an array of colourful zipped Bibles. How many purchasers realise that the clever idea dates back to 1933, that the patent was held by Cambridge University Press, and that during the Second World War the zip was required for a greater purpose?

A letter from The Metallic Slide Fastener Association, now held in the Press Archive in Cambridge University Library, reminded the Bible Department that on 1st September 1939, a Government Order known as the Control of Non-Ferrous Metals Order suspended supplies of ‘non-essential uses of Slide Fasteners’. Think of all the military scenarios where the zip was a matter of life and death and you begin to appreciate how the large is affected by the small. 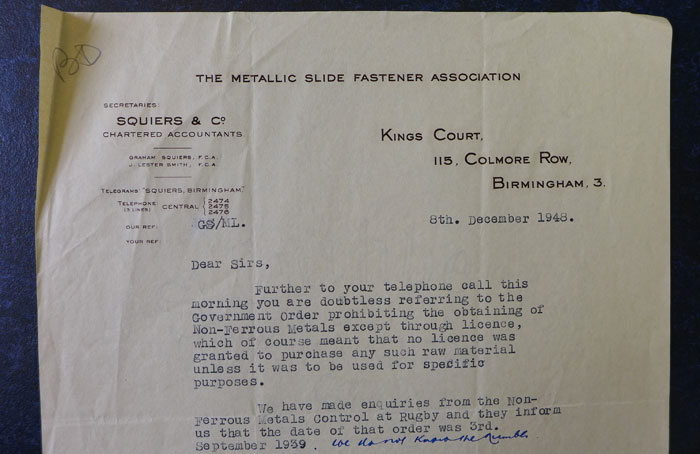 The Control of Non-Ferrous Metals Order is important because, from 1933, the Press Bible Department had also relied on zips.

Patent 407848 was a complete specification for ‘improvements in and relating to bound books’ submitted by Mr G.A. Cramp (Managing Director of a wholesale bookbinders) and R.J.L. Kingsford (at that time Manager of the Press London Office). In 1933, long before we zipped up the cases of our laptops and mobile devices to protect our reading material and information sources, the Press was registering its idea to protect the pages of its Bibles.

An idea of perfect simplicity …

‘This invention has reference to books of the kind which are bound in covers or cases of stiff or limp but relatively strong material and its object is to provide improved means whereby such a book may be secured in the closed condition or alternatively readily released and made free to open when it is required to have access to the interior of the book … our invention consists primarily in associating with the free edges of the book cover or case a sliding clasp fastener which in one of its extreme positions suffices to retain the covers in closed condition whereas when in the opposite extreme position it leaves said covers free to be moved hingedly in relation to one another as is necessary in opening a book.’

In other words: Book + zip. 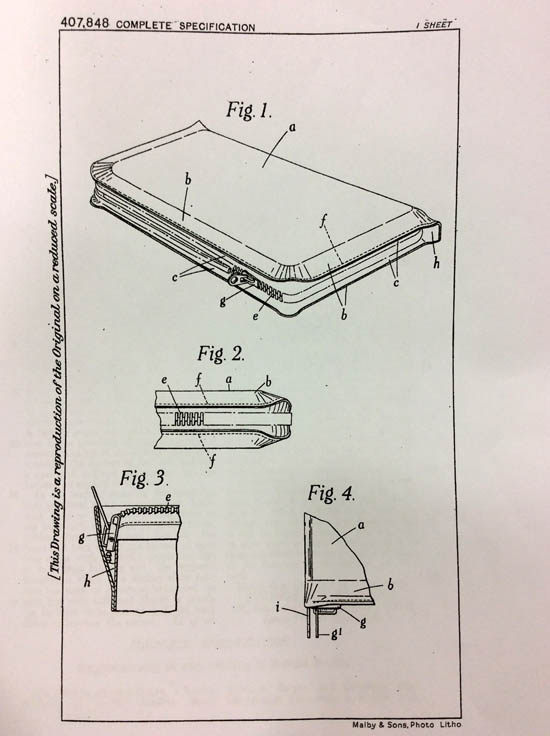 A copy of the 1933 patent for a zipped bible. Original held at Cambridge University Library.

Ideal for protecting thin pages in bags or pockets, keeping out dust or sand on arduous journeys, these Bibles were elegant and practical. 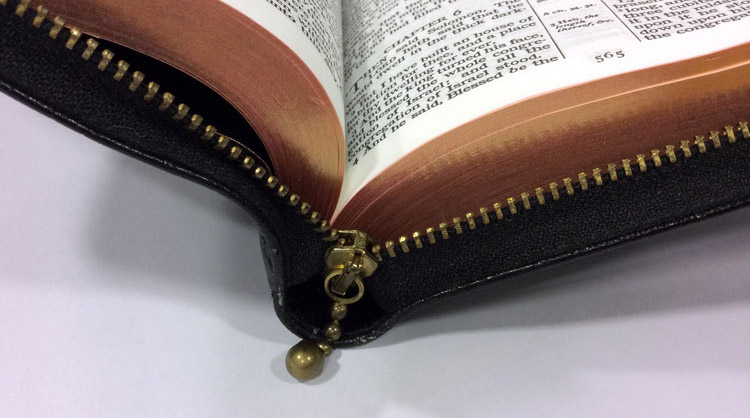 The zip is a practical way of keeping the Bible safe from harm.

The Press was proud of its invention and fiercely protective of its patent. However, it had just six years to enjoy exclusivity of manufacture and sales between the granting of the patent in 1933 and the Control of Non-ferrous Metals Order in 1939.

After the war, on 29th January 1947, the Press’s Patent Agent, Herbert J.W. Wildbore, wrote to confirm the annual renewal of the patent, noting also that:

‘… provision is made in the Patents and Designs Acts for the prolongation of grant to Patentees, and particularly so in the event of the Patentees being able to prove to the satisfaction of the Court, that loss or damage has been suffered by reason of the state of war which has prevailed.’ i

Acting on this suggestion, the Press submitted a claim to extend the patent ‘based upon our inability to obtain the necessary Zipp fasteners from 1941 until 1947.’ii Oxford University Press and Collins jointly engaged Counsel to oppose the Press case in court but in 1950 a ruling was given that ‘an extension of seven years is merited.’iii Wrangling between Cambridge, OUP and W. Collins, Sons & Company continued through the 1950s. Geoffrey Cumberlege of OUP presented a challenge to R.W. David:

‘I now have a letter from our Canadian Branch manager confirming that “Collins books are now on sale here in the stores”, so I suppose we may now go ahead and make Oxford Zip Bibles? I know that you wouldn’t allow Collins to do something that you wouldn’t let Oxford do.’iv

Action could not be taken against Collins for infringement since the British patent did not apply to the dominion of Canada, but R.W. David vigorously opposed the export of zip Bibles. He wrote in 1953 to K.G. Cramp (Bookbinders) that ‘No Zipp Bibles must be made in Great Britain, except for us, as long as our Patent lasts.’v Even if the Bibles were intended for export, OUP and Collins were prohibited from asking bookbinders to manufacture them for their overseas markets.

Archives concentrate the general in the particular. The diary of Anne Frank, one of the most widely-known archival documents of the Second World War, concentrates unimaginable suffering to inconceivable millions into the handwriting of one girl. So too, the vast legal and administrative system underpinning the military machine is exemplified in the humble zip.

Patent 407848 has a quiet place in the history of the Press, and in the Second World War, but it reminds us that victory depended on the details.