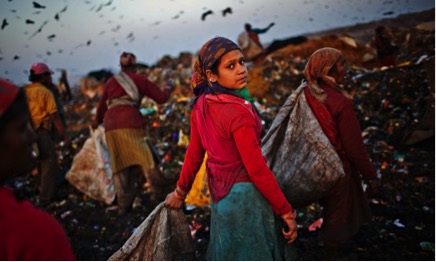 I found the panchayat, or Indian village council, by accident and by luck. Trained as a historian of Britain, I had been working on a study of British trade unions and arbitration during the nineteenth century. Yes, it was an extremely esoteric project and not of a great deal of interest to any but a very few specialists.

As I sat in the British Library searching through their online catalogue, I was surprised to find that were many more references relating to India than there were for Britain. These references, I began to discover, related to an institution called a panchayat and how the British East India Company was using them to help administer the colonies there. Names that I was unfamiliar with, but that were well known to historians of India, attracted me: Mountstuart Elphinstone, Thomas Munro, John Malcolm, and many others. The fact that they all were Scots was intriguing as was their military careers with the Company.

The panchayat, I began to understand, was far more significant than I ever had imagined.  It was an essential element of Indian identity – iconic, as one historian put it. The panchayat was an institution glorified by Gandhi and enshrined in the country’s constitution. It not only had enormous historical significance, therefore, but it also continued to play a very important role in contemporary India. Its historical role in the British governing of India is examined in my book, but the institution survives in a wide variety of forms and continues to perform a wide variety of functions.

The very variety of uses to which the term is now employed is a testimony to its significance, its historical resonance, and its malleability. To some, the panchayat can evoke demonic associations such as those that accompany the khap panchayats, the “kangaroo courts” that have been responsible for honor killings and other crimes. But the panchayat is also an official institution of the Indian government, created in the 1990s by a constitutional amendment for the governance of towns and villages.

Nor does this exhaust the usages of this remarkably elastic and evocative term. Mahila panchayats provide crisis intervention and legal aid for women; a hamal panchayat functions as a trade union among 3,000 Pune laborers providing low-cost housing, pensions, and other benefits; similar functions are performed by the garbage pickers’ collectives of the Kagad Kach Patra Kashtakari Panchayat (see the picture below, courtesy of The Guardian). Van panchayats were created by the British to manage forest resources and pani panchayats were created in the 1970s to collectively manage water resources. There are even makkala panchayats of school children in some regions.

These incarnations of the panchayat are only a few of those that have been adopted and employed in India and throughout its history. Is there a single definition of the term? Probably not, and that is its great mystery as well as its great power.