Play by the Rules or Change Them?

Heather Elko McKibben, the author of State Strategies in International Bargaining, breaks down the fine art and complex politics of international negotiations by revealing how we play the game of negotiations in our everyday lives.

International negotiations have always interested me. Here diplomats/politicians are, sitting around some pretty table, with huge issues on the line – the environment, the health of the companies in a state, the very well-being of people themselves. With such important issues in the balance, why do we see states acting in such different ways? Sometimes states make significant concessions to the other side, and sometimes they try to force concessions from their opponents with no sign of even coming close to giving in. Why?

Negotiations between states are not actually that different from the negotiations I have all the time with the people around me. It’s all a game, really.

I have been awed by this phenomenon for a long time. And then I realized…negotiations between states are not actually that different from the negotiations I have all the time with the people around me. It’s all a game, really. And sometimes the game gets designed such that you’re stuck and have to give in. But sometimes you can change the game for yourself.

Negotiations around us every day can help to teach us about negotiations at the international level. In 2009, my husband and I moved into our first new house. It is a great house, but we had this horrible, ugly concrete patio that took up half the backyard. I really wanted to get rid of it. So I kept asking and pestering: “This is a really important project for us to do next…”   “We r eally should get this patio fixed…” …all to no avail. It was a “negotiation” over whether or not to remove the patio and I was losing. 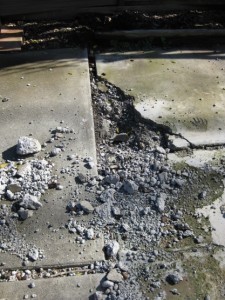 One day in early 2011 I was just so sick of looking at that patio that I decided that it was not that hard of a job. I could take it out myself. And I was sure of it. So I went and got the heaviest tool my husband had – a pipe wrench – and started to knock out that patio myself. Well, it turned out to be a much bigger job than I anticipated. I made about a 1-foot hole that was a couple inches deep before I couldn’t swing the pipe wrench anymore.

Now there was this giant hole in the patio that my husband could not stand…so much so that he decided we were going to hire someone to take the patio out. One thing led to another, and the next thing I knew I had grass and a beautiful slate patio where the old, ugly concrete patio had been. I had won the negotiation.  But how?

I realized that without really intending to, I had changed the “game.” The alternative to no agreement was no longer the regular old ugly patio, but a ruined patio. That alternative was too much for my husband to take, and he finally had to concede and take action. And now I have a beautiful slate patio, gardens, and grass where that old, ugly patio used to be.

That’s when it clicked! This is what state leaders are always doing! They are (purposefully) trying to change the game in their favor. And when the game gets set against them and they are “cornered,” so to speak, they have to give in. 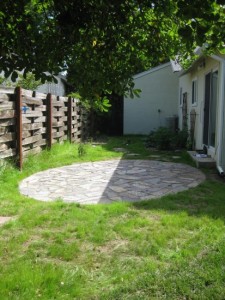 When the United States was working to put sanctions on Iran to stop them from further developing nuclear technology, they were changing the game. The alternative would no longer be the status quo (the old patio), but a situation where Iran would be burdened with trying to trade in a world characterized by economic sanctions against it (a broken patio). That’s why the United States was working so hard in the United Nations to have sanctions instituted against Iran! They were trying to change the game!

When Japan detained a Chinese captain in 2010 from a ship in the Senkaku Islands (which it considered its own territorial waters) and would not negotiate his release, China changed the game by stopping shipments of materials Japanese firms needed to build high-tech products. Japan was now stuck without products it needed and in a weakened bargaining position. It eventually gave in – returning the captain.

When Serbia would not agree to allow Kosovo to have independence, Kosovo constructed a plan with other states, and unilaterally declared independence, with those states quickly following by “recognizing” Kosovo as a real state. Serbia was now stuck with a province that was recognized by a state by almost a hundred states in the system, not just a province it simply controlled. Its negotiating position was significantly weakened.

States are always trying to change negotiations in their favor. And when the game gets set against them, they are sometimes forced to capitulate. When and why will this happen? That is what I investigate in this book – when, why, and how states “play by the rules” of the game they are in, and when, why, and how they try to “change those rules.”

States are just like you and me – just at a much higher level. I was dealing with a patio; states are dealing with the life and survival of states. But it all comes down to the same basic mechanics. Those mechanics are what this book is about.

About the Author: Heather Elko McKibben

Heather Elko McKibben is the author of State Strategies in International Bargaining....