When the New York Times called David F. Lancy's The Anthropology of Childhood "the only baby book you'll ever need", it jump-started a conversation about examining children and childhood from a global perspective. Here, Lancy examines the way children learn in the Peruvian Amazon to shed new light on today's educational challenges.

In a recently published second edition of my book, The Anthropology of Childhood: Cherubs, Chattel, Changelings, I uncover many striking differences between our theories and notions about “normal” childhood and those held in most of the world’s small-scale, economically undeveloped societies—and probably our distant human ancestors as well. These include rather radically different views on how children learn. Currently, in the USA, we spend a king’s ransom on efforts to improve the performance of schools, teachers and students. These costs incorporate lengthy programs of training for would-be teachers, individualized plans and curricula for “challenged” students, modern school facilities including the latest in digital technology, very costly mass testing and complex systems of evaluation and reward or remediation. In spite of rising investment in both public and private schools (and hybrids), “report cards” reflecting outcomes such as readiness for and timely graduation from college are more likely to indicate failure than success (1).  However, I’m not going to sink a shovel into well-ploughed ground. Instead I want to offer a fairly novel perspective on this issue drawn from work on how children learned before there were schools and on the history of schooling over the millennia. That history is instructive but, unfortunately, it does not suggest that any of these ambitious programs will turn around our resistant scholars.

Camilla Morelli (2) has been a recent participant observer—with a focus on children—in a transitional community of Matses Indians in the Peruvian Amazon. She marvels at how facile and active the Matses children are in the natural environment compared to her own feelings of ineptitude. She is cowed by three and four year olds who competently paddle and maneuver dugout canoes on the wide river. She observes young boys nimbly catching and handling enormous catfish. And then she is struck by the painful contrast between the children’s mastery of their natural surroundings while displaying great discomfort and incompetence in the classroom. She summarizes the dilemma as “learning to sit still.” Somehow Matses children must suppress their spontaneous inclinations, which serve them well in learning their culture, and adopt a pattern of behavior and cognitive engagement that is completely novel. In the classroom they can’t sit still, they can’t remain silent. These children display the symptoms of what, in the context of a typical US classroom, would be labelled a “disorder.” 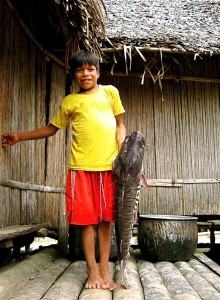 Chaga peoples in rural Tanzania feel that schooling—especially too much reading and writing—is driving children “to the brink of hysteria (3).” Moving north to the Sahara, Touareg boys aspire to sleep under the stars on a camel caravan. Touareg homes:

Contain neither chairs nor tables…people sit or lie on a mat, and constantly change their position…sitting on a chair is the most unnatural thing in the world. And apart from the schoolchildren, no one stays inside a closed room [because] a closed room is like a prison (4).

In Elementary schools in Demark, Danish kids are “calm” while immigrants are “wild.” Teachers use scolding and guilt to tame the wild ones (5). Historical examples of this mismatch between the proclivities of the child and the strictures of the classroom abound. From seventeenth century Holland to eighteenth century Japan, we can find a popular genre of painting the Dutch called “unruly school scenes (6).” What I want to suggest by these examples is that while evolution has shaped humans to be voracious learners—almost from birth—the conditions under which this learning takes place have almost never included anything that looks like contemporary classrooms, teaching and lessons.

Morelli makes the point that Matses children are active learners, guided largely by their own curiosity and drive to master their environment. They enjoy enormous freedom to manage their own lives and are only gradually encouraged to bend to the demands of the family to do necessary chores. And, for most important skills that the child must learn, the hands-on approach works best.  The rewards for the diligent learner are almost immediate—imagine the welcome the boy and his fish will enjoy. 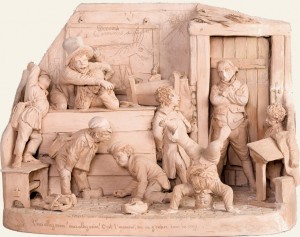 As so many ethnographers before her, Morelli notes the conspicuous absence of “teaching” in the development of these children. Indeed, she believes that the Matses communities she studied—that had been transplanted from the deep forest interior to more accessible sites along major rivers—first learned to exploit new marine resources such as these giant catfish, through their children. Boys, especially, being bold risk takers, where much quicker to adapt to the novel ecology than their parents. The modern parallel is quite obviously the use of computers.

When queried about why they don’t feel compelled to teach their children, parents provide a variety of explanations. Inuit “parents do not presume to teach their children what they can as easily learn on their own.”(8) On Pukapuka, in status–conscious Polynesia, to seek or receive instruc­tion calls attention to one’s inferior status (9). Aka “respect for an individual’s autonomy is also a core cultural value…one does not impose his/her will, beliefs, or actions on others [including children].” (10) Also quite common is the view that it is only when the child reaches a relatively mature and responsible state—in middle childhood—that they become really educable (11).

Or consider an immortal example of this philosophy:

In Dickens’ classic Pickwick Papers, we hear Sam Weller’s (Mr. Pickwick’s young man-of-all-work) father proudly claim credit for his son’s perspicacity: “I took a good deal o’ pains with his eddication, sir; let him run in the streets when he was very young, and shift for hisself. It’s the only way to make a boy sharp, sir” (12).

One may wonder about the relevance of observations of child rearing in small-scale traditional societies to today’s educational challenges. But, as evolutionary psychologists have argued, the inherited suite of traits found in today’s teachers and students did not evolve to allow better mastery of algebra. Those traits evolved in the context of making a living in a variety of natural environments. They evolved in a world where food was inevitably scarce and where children had to begin the process of learning self-sufficiency quite early (13). The pathway from the pedagogy of the close-knit, self-sufficient village community to modern pedagogy—even with the blessings of sophisticated “instructional design”— is very bumpy. It is still very hard to turn autonomous learners into attentive, diligent scholars.

13. Bjorkland, David F. 2009. Why Youth is Not Wasted on the Young: Immaturity in Human Development.  New York: Blackwell. Principe, Gabrielle 2011. Your Brain on Childhood: The Unexpected Side Effects of Classrooms, Ballparks, Family Rooms, and the Minivan. New York: Prometheus.

About the Author: David F. Lancy

David F. Lancy is the author of Raising Children...