A Q&A with Roland Paulsen

Roland Paulsen, the author of Empty Labor breaks down the idleness that happens in our workdays and how our "empty labor" (hours spent on Facebook, socializing with coworkers, and writing emails when we're meant to be working) can be reduced. 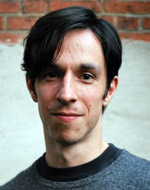 First of all, what is empty labor?

I define empty labor as everything you do at work that is not your work. Another way of defining it is just as private activities during working hours. The most typical activity today is private internet use, such as writing emails, facebooking, twittering, reading the news; but also resting, chatting with colleagues, watching movies, even sleeping sometimes. It can also include very creative activities. I interviewed one archivist who wrote his master’s thesis while at work, an activist who updated her blog. Mostly activities that are considered more meaningful than the job you’re paid for.

I’ll give you two reasons. First, because it highlights the irrational side of wage labor. Generally in social science, including the sociology of work, we tend to assume that production – unlike consumption or family life for instance – is the rational heart of society. It’s the institution in which instrumental rationality reigns supreme. I think that notion is misleading. Even in the capitalist system, production can be very inefficient, and one way of studying this inefficiency is by looking at what people actually do during their working hours. The second reason is that we now have reliable survey results indicating that Western employees spend an average of two hours a day on private activities during working hours. I interviewed employees who spent around half of their working hours on private activities, and what I wanted to find out was: how is that possible? And from an employee perspective: why avoid work to such an extreme extent?

Could you tell us something more about your interviewees? Who were they?

The only criterion I used when selecting them was that they should spend half or more of their working hours on private activities. Most of them were office employees with academic degrees and a fair amount of autonomy in their work. There were some exceptions, but most of them came from relatively privileged occupational groups. I believe that tells us a lot about the dynamics of empty labor. If you want to engage in such extreme forms of empty labor, you must be able to claim some expertise.

You write about different types of empty labor. Could you expand on that?

I make a number of distinctions, but I think the most important one, and one I didn’t expect, is between those who actively withdraw from work and those who are forced into empty labor against their will – simply because there are too few work tasks. This second group really surprised me, but when you ask employees why empty labor occurs in their jobs the most frequent answer is that they don’t have enough work to do. So this involuntary form of empty labor, which is almost invisible in the work sociological literature, seems to be the most common one.

How does that come about?

There are a few cases that some readers may have heard of. In the UK, for instance, a former insurance employee named David Bolchover wrote a book called The Living Dead in which he describes how his company virtually forgot about his existence for almost two years. He did ask for more work tasks, but no manager seemed to care. In Germany, a civil servant recently wrote an email to his colleagues at the day of his retirement in which he said that he hadn’t done anything the last 14 years. He explained that it was because his department had grown larger and larger while the amount of work was pretty much the same. There just weren’t enough work tasks for him. This was also something my interviewees said. Sometimes, you can get caught up in a situation where your main task is to pretend that you’re working, rather than to actually do it. To communicate a lack of work always involves a risk. I interviewed a bank clerk who, in one of his projects, only worked for fifteen minutes a day. He reached a point when it just wasn’t funny anymore and eventually he informed his boss about his situation. Unfortunately, they rewarded his open-hearted communication by cutting his job in half without giving him new assignments. So the idea that communication solves everything does not hold. When demanding more work tasks, you risk revealing how little you’ve done until then.

We mostly hear about the intensification of work with increasing stress problems and tougher demands at work. Isn’t empty labor a marginal phenomenon in a wider context?

Generally, we can certainly see an intensification of work with employees who are forced to achieve more and more in less and less time. But wage labor is an unequal institution; economically unequal, unequal in terms of job security, and also unequal in terms of stress and strain. While some, often those who are paid the least, have to do more and more with no possibility what so ever of even taking a five minutes break, others can still be quite idle while at work. So the average intensification is absolutely there, but it doesn’t affect everyone.

What is your advice for reducing the amount of empty labor?

A more general argument that I’m trying to make is that empty labor should be analyzed in the light of the enormous gains in productivity that we’ve seen since the industrialization. In the OECD countries, productivity has more than doubled since the seventies, much thanks to new technology, and yet our working hours have not been reduced correspondingly. That means we have a structural shortage of wage labor. Not because we need jobs to create more wealth – we already are wealthy – but because we need jobs to distribute that wealth. The same work shortage can be observed at the level of some organizations. The substance of whatever we do – why we’re working, what good it does – is not what matters today. The great goal among our politicians is to create jobs, any jobs. And when wage labor becomes an end in itself that way, and when we refuse to cut the working hours in relation to gains in productivity, we’re bound to see more and more work becoming meaningless and empty.