Kevin J. Hayes, the editor of The Cambridge Companion to Edgar Allan Poe and Edgar Allan Poe in Context, offers some recommended reading for Halloween—and all year round. 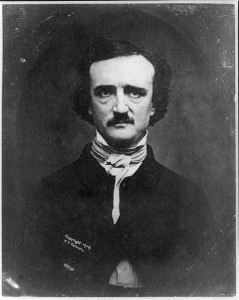 The night before Halloween a couple of years ago, a friend telephoned in a panic. “I’m going to a Halloween party tomorrow,” he told me. “Every guest must bring a poem to read aloud.” With no idea what poem would be appropriate, he was calling his friendly neighborhood English professor to ask for some advice. Without hesitation, I recommended Edgar Allan Poe’s “Ulalume,” which I consider the greatest Halloween poem in the history of American literature. Set in a graveyard on Halloween—the night the dead arise—the poem is filled with woodlandish ghouls that guide the path of a lover on the way to the tomb of his beloved.

“Ulalume,” of course, is not the only work Poe wrote that embodies the Halloween spirit. The obsessive narrator of one short story digs up his wife’s corpse and pulls out all her teeth only to discover that she wasn’t really dead. In another tale, the narrator’s wife dies in childbirth, but she returns from the grave to take over her daughter’s body. In a third, a man murders his wife and walls her up in the basement without realizing he had also walled up their black cat, which gorges itself on the wife’s corpse and proves to be the husband’s undoing. John Cusack, who played Poe in the feature film, The Raven, called him “The Godfather of Goth.” Poe’s life was as dark as his tales. He died under mysterious circumstances just a few weeks before Halloween, and the exact cause of his death has never been determined. 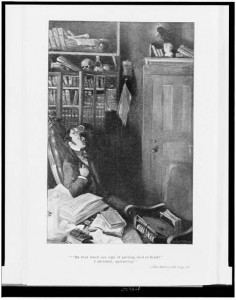 Despite all the obvious seasonal associations, Poe would have resented being labeled “The Poet of Halloween.” He tried hard to write in many different literary styles and to use many different tones. His short fiction takes several forms from the detective story — a genre he invented — to science fiction to uproarious slapstick tales that involve a talking mummy, a barely literate Irish baron, and a man who is so near-sighted that he accidentally marries his great grandmother.

Poe’s writings also concern a variety of themes and ideas. One need only glance at the contents of The Cambridge Companion to Edgar Allan Poe or Edgar Allan Poe in Context to get an idea of the breadth of his work. The Cambridge Companion contains individual chapters discussing Poe’s humor, situating his work within the gothic tradition, scrutinizing his depiction of slavery, studying his portrayal of women, and appreciating his contribution to the development of modern art. Edgar Allan Poe in Context studies Poe’s understanding of the United States and the world, his depiction of the anonymity and alienation that come with the growth of the modern city, his take on fashion and home furnishings, his literary professionalism, his skepticism toward the latest scientific fads, and many other topics.

So, read some Poe this Halloween for a good scare. Read Poe the rest of the year for fascinating insights into his world—and ours.

The skies they were ashen and sober;
The leaves they were crispéd and sere—
The leaves they were withering and sere;
It was night in the lonesome October
Of my most immemorial year;
It was hard by the dim lake of Auber,
In the misty mid region of Weir—
It was down by the dank tarn of Auber,
In the ghoul-haunted woodland of Weir.
Here once, through an alley Titanic,
Of cypress, I roamed with my Soul—
Of cypress, with Psyche, my Soul.
These were days when my heart was volcanic
As the scoriac rivers that roll—
As the lavas that restlessly roll
Their sulphurous currents down Yaanek
In the ultimate climes of the pole—
That groan as they roll down Mount Yaanek
In the realms of the boreal pole.
Our talk had been serious and sober,
But our thoughts they were palsied and sere—
Our memories were treacherous and sere—
For we knew not the month was October,
And we marked not the night of the year—
(Ah, night of all nights in the year!)
We noted not the dim lake of Auber—
(Though once we had journeyed down here)—
We remembered not the dank tarn of Auber,
Nor the ghoul-haunted woodland of Weir.
Read the rest of the poem at the Poetry Foundation.

About the Author: Kevin J. Hayes