If you've been enjoying this amazing month in astronomy—from the Super Moon to the Perseid Meteor Shower—Ian Morison has some more tips for you. The author of An Amateur's Guide to Observing and Imaging the Heavens offers advice on what to look for in the summer sky.

As the evenings draw in why not venture out to look up at one of the most beautiful regions of the heavens? The constellations, Cygnus, Lyra, Aquilla and Delphinus, along with the Milky Way that runs through them, lie high in the south as darkness falls so find as dark a spot as possible to the south of any town or city and so minimise the their light pollution. Aim also for a moonless night so that its light does not hinder your view. 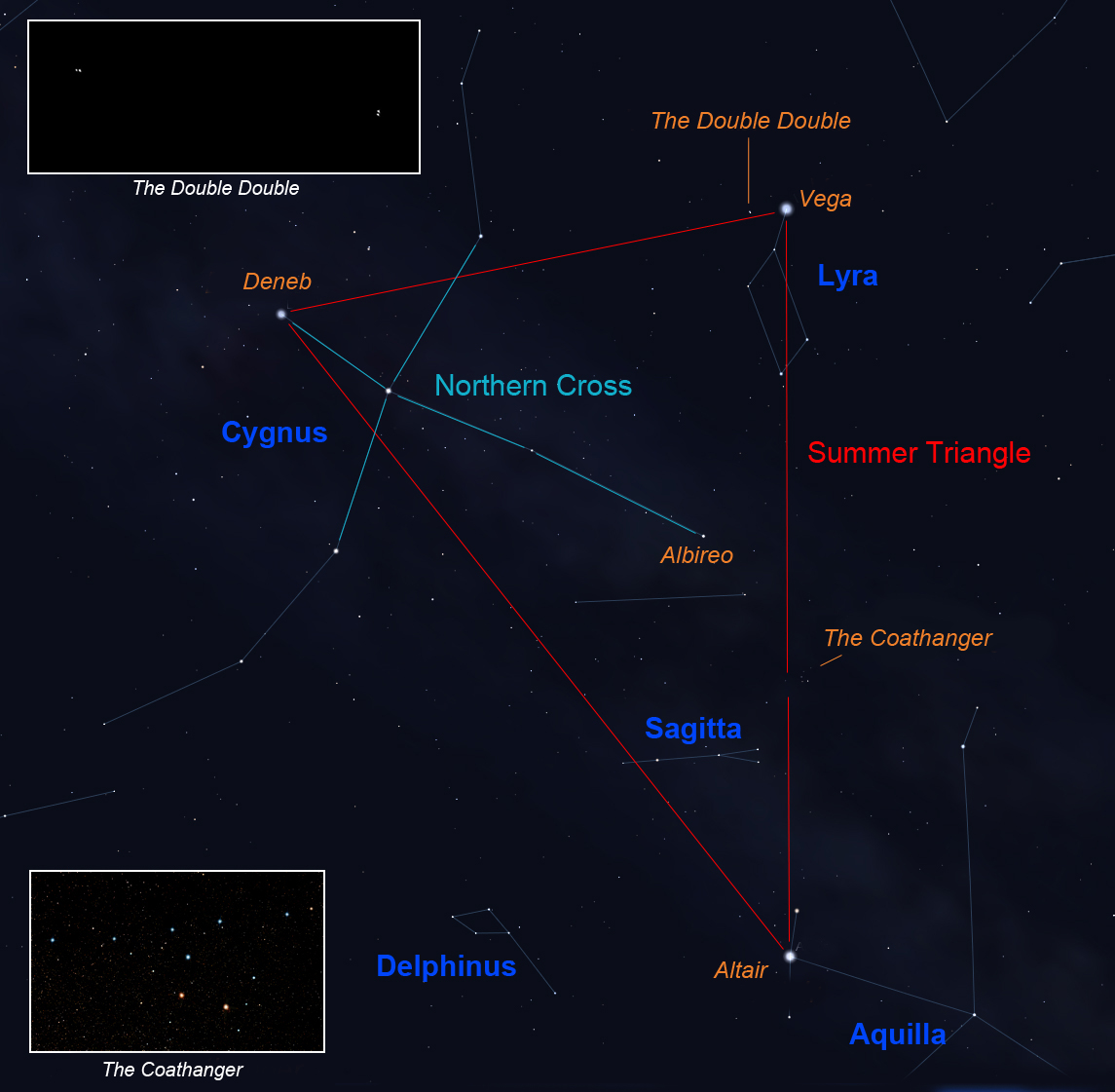 It is then time to turn out all the lights and allow your eyes to become ‘dark adapted’. Very quickly, the pupils will dilate and so allow more light to enter the eye but then, taking about half an hour or so, chemical processes in the retina make it far more sensitive. The chemical, rhodopsin, that achieves this effect is instantly destroyed by white light, so it is important to shield the eyes if, for example, a car drives by.

Even before your eyes have become fully dark adapted you can begin to find your way around the southern sky. High up and to the west of south, you should see the brightest star then visible in the sky which is called Vega and which lies in the small constellation of Lyra, the Lyre. Slightly higher up and some way over to its left is a second bright star, called Deneb, which forms the tail of Cygnus, the Swan. Below these lies a further bright star called Altair in the constellation of Aquilla, the Eagle. These are the three brightest stars in the southern sky so are easy to spot and form what is called the ‘Summer Triangle’.

Down to the lower right of Deneb you might make out the shape of a cross – the Northern Cross – though the stars that make up the lower part of the cross are not that bright. Extending out from the bar of the cross, further stars form the wings of the swan. Forming the head of the swan, at the bottom of the cross,  is the relatively faint star, Albireo, which when seen through a small telescope is seen to be a beautiful ‘double star’ appearing gold and blue making a wonderful colour contrast.

Just a little over to the left of Vega, binoculars will enable you to see a second double star system called Epsilon Lyrae. But it is also known as the ‘double double’ as a small telescope shows that each of these stars is itself a close double star, hence the name.

If the sky is transparent I hope you will spot a faint band of light that runs across the sky through Cygnus. This is our view of our own galaxy, called the Milky Way, after the Latin Via Lactea. You may spot a dark band that runs through it. Called the Cygnus Rift, it is due to a dark dust lane that obscures the light from the myriads of stars beyond that make up our galaxy.

A very nice object to spot with binoculars lies one third of the way up between Altair and Vega. Just sweep your binoculars slowly up from Altair towards Vega and you should be able to spot what looks like an upside down coathanger with a line of six stars and a ‘hook’ below. Its proper name is ‘Brocchi’s Cluster’ though it is usually simply referred to as the ‘Coathanger’.

Finally, up to the left of Altair is a small constellation, Delphinus, the Dolphin, four stars making up its body and a further star, its tail.

Each month, I write a guide to the night sky telling you what there is to observe that month. This can be found by searching for ‘Night Sky Jodrell Bank’, and recently CUP have published my book An Amateur’s Guide to Observing and Imaging the Heavens which should be useful guide should you wish to learn more about this most rewarding of hobbies.

About the Author: Ian Morison