On Science and Religion

A Q&A with John Hedley Brooke

John Hedley Brooke, the author of Science and Religion, answers our questions about his latest book, how he writes, and researching the age-old conflict between scientific thought and religious belief. 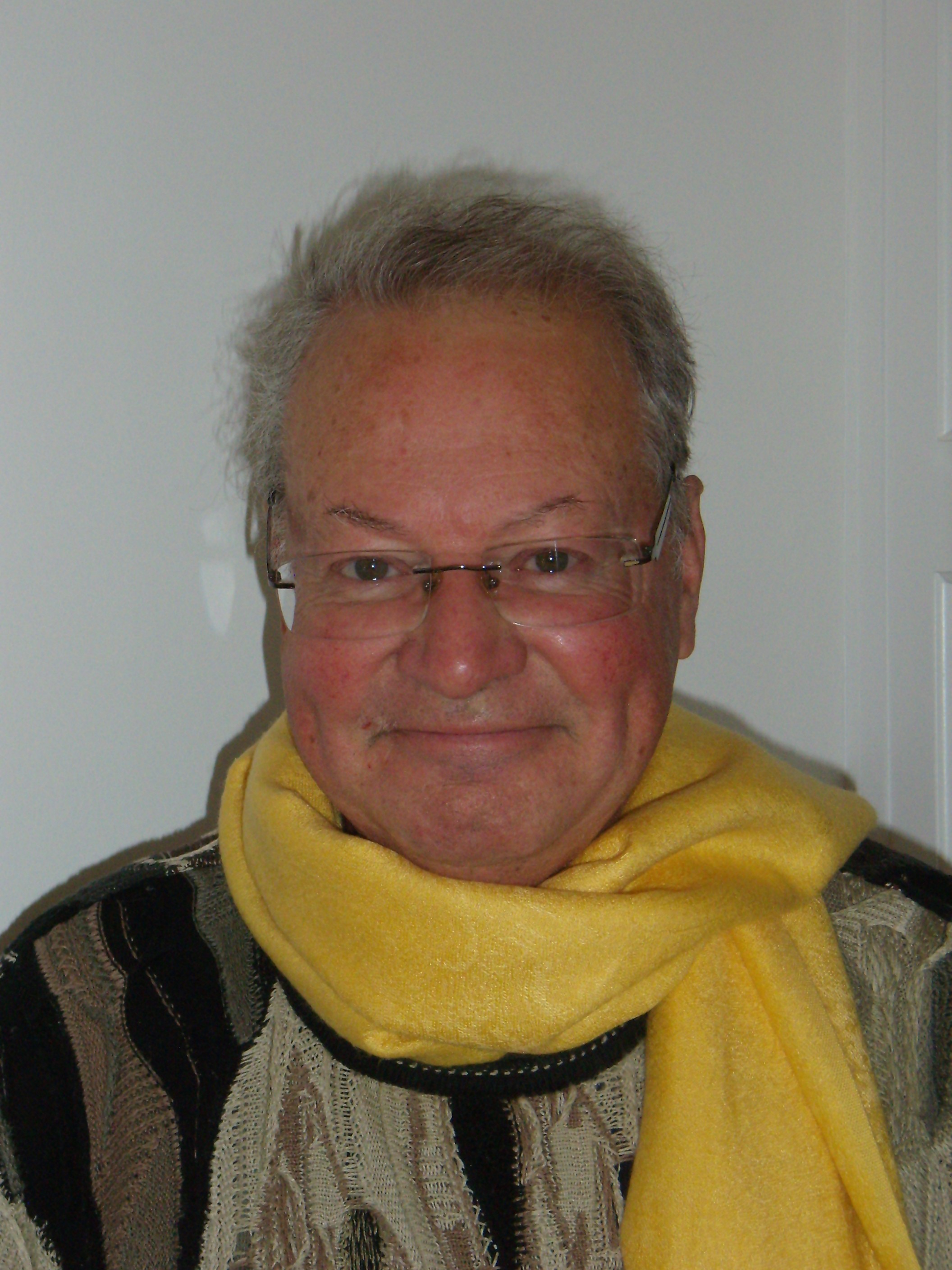 What were the greatest challenges you faced in writing Science and Religion ?

It took me 10 years to write the book because of the extensive research that was necessary.  Incorporating my own research and responding to a rapidly expanding literature on the history of science meant that, as soon as I had finished a chapter, I had to go back to the beginning to revise it – like the proverbial painting of the Forth Bridge.  Because the book covers four centuries of scientific and religious controversy it was also a challenge to place the various debates in their contexts.  One of my arguments was that science and religion have not always been in conflict and that, for a balanced assessment, it is necessary to stand back from the emotionally supercharged and opinionated views that dominate the blogosphere.  It helped that I had been teaching a historically oriented course on science and religion at Lancaster University and, as a consultant, at the Open University.  So I did have experience in presenting challenging issues in as simple (and I hope appealing) a way as possible.

What inspired you to research this subject?

Several things.  I had studied chemistry at university and was excited by the fantastic progress that was being made in the sciences, especially in biochemistry, genetics and evolutionary theory.  I was also captivated by the history and philosophy of science, which exposed the diversity of scientific methods and their wider cultural implications.  As a hobby I had enjoyed reading books on theology and the philosophy of religion, because it was in these that the “big questions” of origins, meaning and purpose were discussed.  From my research I realised there were many fascinating and exciting stories to be told about the interrelations between science and religion and many myths to be corrected.  Once, when interviewed in a BBC studio in Belfast, the interviewer began by announcing to the world that “we all know that Galileo was jailed for believing that the Earth is round.”  And it is not only in Northern Ireland where such nonsense is apparently known!  (The issue of course was not the shape of the Earth but its motion; nor strictly speaking was Galileo’s house-arrest the same as jail).  I felt there was a need for a book that would bring critical analysis to bear on popular misunderstandings.  I was particularly unhappy about discussions of “science” and “religion” that regularly treated them as abstractions, as things, that had timeless, essential meanings.  I wanted to bring human beings back into the discussion, showing that science and religion were practices as well as belief systems, and that many scientists had held strong, if not always orthodox, religious beliefs.

For the thinking that goes into the writing, the answer would be anywhere. It was while shaving that the argument for my doctoral thesis erupted into my consciousness.  For the serious writing and polishing that follow, it has to be my study where I can concentrate without distraction.

How does Science and Religion fit with your wider academic interests and research?

Very closely, because one of my main research interests had been (and continues to be) the history of natural theology, with its exploitation of scientific knowledge to demonstrate, or corroborate, the existence and attributes of God.  Before embarking on the book, I had already published extensively on the subject, including a long essay on the question of extra-terrestrial life and its possible implications for Christian theology.  But I did have another major strand to my research: the history of organic chemistry in nineteenth-century Europe, on which I published a very different book in 1995: Thinking about Matter: Studies in the History of Chemical Philosophy.

What kind of relationship do you place Darwin’s Origin of Species as having with religious belief?

I like this question because to answer it satisfactorily shows why we should be suspicious of simple answers. Darwin tells us that, at the time of writing the Origin, despite his renunciation of Christianity, he still quite strongly believed that there was a Creator who had impressed laws on the world, one of which was natural selection. Even as he became more agnostic, he considered it “absurd to doubt that a man may be an ardent Theist and an evolutionist.”  Some of Darwin’s earliest converts were Anglican clergymen, including the novelist and Christian socialist Charles Kingsley and a future Archbishop of Canterbury Frederick Temple.  Darwin’s theory was of course impossible to reconcile with a literalistic reading of the Genesis creation narratives; but the violent antagonism that exists today between fundamentalist religion and neo-Darwinian atheism should not be allowed to corrupt or conceal a far richer historical record, in which Darwin’s science has been seen as liberating for theology and even a valuable resource in the rationalisation of suffering.

Tell us about how you use the trial of Galileo in 1633 as an example of new science threatening established authority.

Galileo’s trial and forced recantation has long been the iconic example of clerical interference with freedom of thought – in this case Galileo’s freedom to promote the heliocentric astronomy of Copernicus, which he had just cleverly done in his Dialogue on the Two Chief World Systems (1632).  Because the Catholic Church had endorsed the geo-static astronomy of Ptolemy and the geo-centric cosmology of Aristotle, there was a clash not adequately described as “between science and religion” but between new science and the sanctified older science of Galileo’s contemporaries in the Church.  Pope Urban VIII perceived an even more personal threat in Galileo’s Dialogue because he had explicitly forbidden Galileo, with whom he had hitherto had cordial relations, from invoking the phenomenon of the tides to support the combined motions of the Earth, its daily rotation on its axis and its annual revolution around the sun.  Urban prided himself on having forged an argument that precluded certainty on such matters: an omnipotent God could have devised any number of ways by which the tides (or any natural phenomenon) could be produced.  It was therefore presumptuous of a disobedient Galileo to claim that they were definitively produced by the Earth’s combined motions.  To make matters worse, Galileo placed the Pope’s argument in the mouth of Simplicio, the weakest of the interlocutors in the Dialogue.  Urban was not amused!  Galileo did have ingenious ways of harmonising a moving Earth with Scripture, but he fell foul of Cardinal Bellarmine’s declaration that the Church had to stand by the principle that if the early Church Fathers had reached a consensus on how a particular passage in the Bible was to be interpreted, that consensus had to be respected.  That was the bind in which Galileo found himself, since, as he pointed out, the Church Fathers could not possibly have known the cogency of the Copernican arguments . The trial and house arrest of a distinguished, and now old, man was a tragic mistake from which the Catholic Church has arguably never completely recovered.  To fully understand the circumstances that led to Galileo’s conviction, it is, however, necessary to recognise the political pressures to which Urban VIII was subject, especially from clerical authorities in Spain who considered his policies too weak in the face of Protestant and other heretics.  Among Galileo’s friends were crypto-Protestants and he was undoubtedly suspected of similar tendencies, despite his insistence that he was a loyal Catholic.

Pen, when sketching out a preliminary structure for an essay or book chapter. But for the actual composition it would now always be word processor.  When I first started work on Science and Religion, I was still using a typewriter, but I quickly graduated to a word processor when this facility became available.  I remember using a word processing package called “Tasword”, definitely antediluvian by modern standards!

Because my book attacks oversimplification, exploring instead a fascinating diversity in relations between sci & rel, a tweet is imposs!

What is the first book you remember reading?

Discounting childhood books and boys’ adventure stories, the first serious book I read on science & religion was Charles Coulson’s Science and Christian Belief (1959). Coulson was a Chemistry Professor at Oxford and a Methodist lay preacher.

Describe your book in 3 words

(if that’s not cheating!)

Have you got any current plans for more books in future?

I should begin by mentioning two books that built on my Science & Religion.  In 1995 my colleague Geoffrey Cantor and I jointly delivered the Gifford Lectures at Glasgow University, in which we systematically examined the value of history for illuminating the study of science & religion.  Geoffrey had already published a fine biography of Michael Faraday and our resulting book was John Brooke and Geoffrey Cantor, Reconstructing Nature: The Engagement of Science & Religion (1998).  The book that incorporates the most searching evaluation of my Science and Religion and its impact arose from a conference held at Lancaster University in 2007 to mark my retirement.  This is Thomas Dixon, Geoffrey Cantor, and Stephen Pumfrey (eds.), Science and Religion: New Historical Perspectives (Cambridge UP, 2010).  During the seven years I was privileged to spend in Oxford (1999-2006) as the first holder of the Andreas Idreos Professorship of Science & Religion, I published several edited collections of work on the subject and close to 40 articles in academic journals.  I am considering whether to draw on that work for a new book.