In the 1960s, Maersk Line’s route towards containerisation took a detour through a promising technology at the time: the unit load. Take a sneak peek at Creating Global Opportunities to learn more.

Like many other shipping companies, Maersk ships have never traded primarily in their native country but have served international shippers since the first inter-European voyage by the steamship Svendborg in 1904. Maersk ships called at African ports for the first time in 1910, the Americas in 1913, India in 1921 and Australia and China in 1923. Maersk ships were deployed in the tramp trade and although it was increasingly prominent in Denmark, the fleet still played only a small role in the global economy.

Back in 1966, when the first American 20-foot containers arrived in Europe and McKinsey predicted a radical change in the transport of goods, the Maersk Line fleet consisted of 44 break-bulk cargo vessels, a few of them nearly 20 years old, most of them bought in the 1950s and some less than five years old. Two years previously, in 1964, Maersk Line had made a strategic decision about unitised cargo – but not containers. It would develop systems and processes around the pallet.

To optimise the product – the unit load – Maersk decided to order ships specifically designed to handle palletised cargo efficiently. These seven fast break-bulk carriers, which became known as C-ships after the first letter in their names, were contracted in Bergen, Norway, and Malmö, Sweden. The decision to market the unit load concept was supported by a report commissioned from the Stanford Research Institute in the United States in 1966.

The Christian Maersk is one of the seven fast break-bulk carriers known as the C-ships.

The report stated that Maersk Line would not be sure of success simply by following the initiative of others, and that the company was already behind its competitors. It predicted that the competition would gain market shares simply because they were the first in the market with dedicated container ships.

Based on the report’s conclusions, Maersk Line chose to continue the development of the unit load concept. The systems and processes were incorporated not only in the C-ships, but also in the other ships deployed on the Maersk Line network. 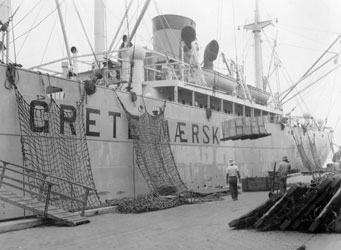 The Grete Maersk in Manila in 1936

The choice of unit load was a strategic one, reflecting Maersk Line’s market opportunities at the time of the decision. Lacking efficient infrastructure, Maersk Line’s main markets in Asia were not ready for large-scale containerisation.

Even four years later in 1970, by which time containerisation was firmly established and credible statistics began to emerge, only three Asian ports counted among the world’s top 25 ports in terms of container traffic, and those were all Japanese. Maersk Line had a strong market position in Southeast Asia and the results of trading were satisfactory; it had the right product for its markets at the time.

The first new ocean-going cellular container ships designed for the standard ISO container were launched in 1968 and all competitors – including the Germans, Japanese and British – raced to be the first to deploy them.

In 1966, Japan was less important for Maersk Line than Indonesia, Thailand and the Philippines, but those markets soon changed and the decision to focus on the unit load concept, which had seemed farreaching and indeed strategic at the time, had to be reconsidered. 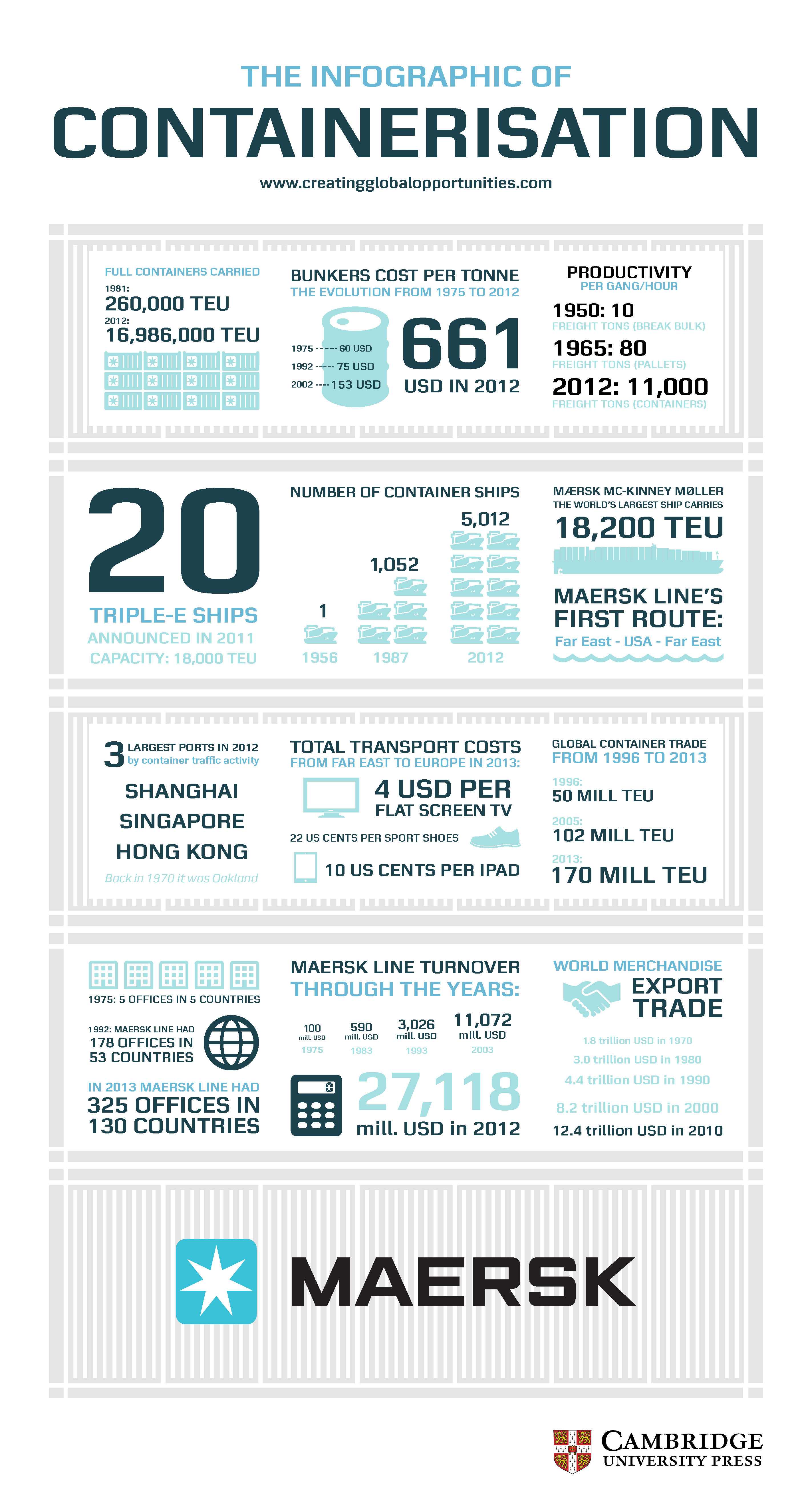 About the Author: Henning Morgen

Henning Morgen is the co-author of Creating Global Opportunities. He is general manager in Group Communications and Branding with responsibility for archives management and history documentation and communication. Henning was employed by Maersk in 1998 and is the a...

About the Author: Chris Jephson

Chris Jephson is the co-author of Creating Global Opportunities. He was until recently the director of Learning at Maersk Line. Following graduation in the UK in 1969, he worked as agent for Maersk Line in Taiwan, then directly in Copenhagen and the UK until 1990, ...