Nelson Mandela committed himself to a compelling political cause, suffered a long prison sentence, and led his violent and divided country to a peaceful democratic transition. Cambridge honors his legacy in our newest Cambridge Companion. Take a sneak peek at the introduction below.

Nelson Rolihlahla Mandela was one of the most revered figures of our time, and rightly so. A “life-loving man” by his own description, he committed himself to a compelling political struggle, faced the death penalty, and endured a prison sentence that entailed the sacrifice of a third of his life to his cause. During these long years, he became not only the world’s best known prisoner, but a symbol of his people’s demand for liberation from racial injustice and a galvanizing icon for millions of others all around the world who cherished the principle of equality and yearned for a politics of moral conviction in their own national spheres. He became a name (rather than a face, for it was forbidden in South Africa to circulate his picture) that encouraged many who otherwise might have remained apathetic to identify with the struggle against apartheid. He emerged from prison unbowed and, despite impossibly high expectations, did not disappoint. Gracious but steely, he steered a country in turmoil toward a negotiated settlement: a country that days before its first democratic election remained violent, riven by divisive views and personalities. He endorsed national reconciliation, an idea he did not merely foster in the abstract, but performed with panache and conviction in reaching out to former adversaries. He initiated an era of hope that, while not long-lasting, was nevertheless decisive, and he garnered the highest international recognition and affection. He won the Nobel Peace Prize (along with F. W. de Klerk, the man who agreed to his release and to the unbanning of his organization, the African National Congress, or ANC) and remained in the global public eye thanks to many other awards and celebrations, including a series of AIDS benefit concerts. As a statesman who was in no one’s pocket, Mandela remained loyal to friends who were unpopular with the Western superpowers; he opened his speeches with lists of predecessors in whose footsteps he saw himself as following; and he boldly condemned injustices perpetrated in many parts of the world. Unlike many leaders who buy into their own image and overstay their welcome, Mandela chose to step down from the presidency of South Africa after only one term, thereby asserting the importance of the democratic process over his own personal prestige. Of course, as Mark Gevisser has noted, Mandela did not cease to be a global icon after his retirement – a fact that often made things difficult for his successor, Thabo Mbeki. As a private citizen, Mandela continued to exert influence, both nationally, through his various foundations, and internationally, through organizations like The Elders group, a collective of distinguished senior political fi gures working together for world peace and human rights. 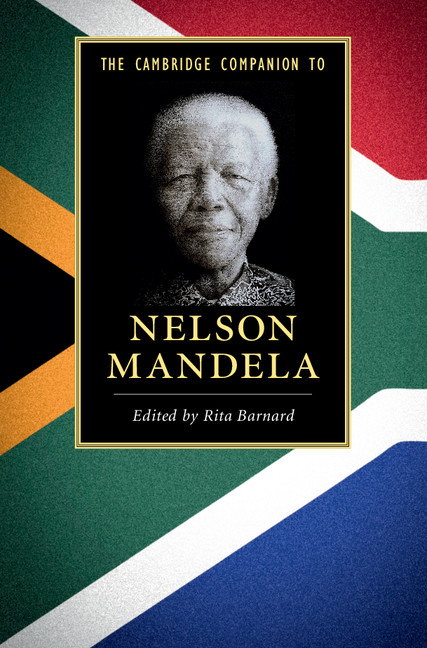 His record, especially viewed from within South Africa, has never been entirely without controversy. There were times during the prison years when he was considered by some in his organization to be a sellout, and his solitary decision to initiate talks with apartheid government officials was likewise faulted. He presided over the adoption of a macroeconomic dispensation that many still consider a raw deal for the poor, and he failed to address HIV-AIDS at a time when the scope of the pandemic might still have been be curbed. There is also a sense in which his chiefl y bearing and mode of conduct, the very respect and authority he accrued in representing his nation in his own person, went against the spirit of democracy and, while he constantly insisted that he was a servant of the people and a loyal member of the ANC, his popularity nevertheless generated something of a cult of personality. The effects of his earlier brave and flamboyant actions are also open to debate. The decision to embark on the armed struggle, as well as his conduct of it before his arrest in 1962, was not beyond dispute, even among other activists at the time, and the effects were enduring. As a revolutionary, he displayed a romantic recklessness that led to his capture and thereby, arguably, damaged the anti-apartheid cause. While the trials of the 1960s, in which his appearances were electrifying, enhanced the drama and international visibility of the struggle, they also set it back organizationally. This said, the hope that Mandela inspired, the dignity he embodied, and the moral authority with which he restored South Africa’s standing in the eyes of the world were of incalculable benefit to the country and its citizens, as was the model constitution adopted in the second year of his presidency: a constitution that bans all forms of discrimination, including discrimination on the basis of sexual preference. For a while, Nelson Mandela made it possible “to think an aesthetics of innovation, an ethics of conversion, a politics of revolution” – but a revolution that, as he liked to put it, turned out to be a legal, not a bloody, one.