Into the Intro: Failure and the American Writer

Go Into the Intro of Failure and the American Writer

Failure and the American Writer examines failure as a fundamental and complex human experience, imperative to the US national identity and embedded in our most celebrated literature. Check out an exclusive excerpt from this exciting new study of American classics like Moby Dick and The Adventures of Huckleberry Finn.

Henry Adams and the Catastrophic Century 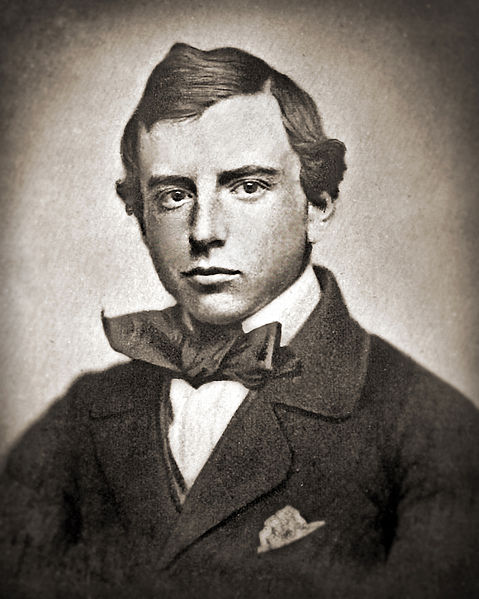 Grandson of John Quincy Adams and great-grandson of John Adams, Harvard Professor of History, editor of the North American Review, president of the American Historical Association, bestselling novelist, Pulitzer Prize winner, author of the monumental History of the United States During the Administrations of Thomas Jefferson and James Madison: Henry Adams was a self-confessed failure. We know Adams today as the quintessential critic of modern culture and as a theorist of history: an antimodernist thinker seeking a spiritual framework of meaning to combat the banality and nervousness of industrial society. To read Adams’s autobiography, The Education of Henry Adams (1918), is to view him as an allround flop. According to the Education’s preface, Adams’s account of the multiplicity of modern life and his theory of history were inadequate; the published version of the text seemed incomplete, and marred by factual errors. Adams had already printed the Education privately in 1906, distributing to friends around 100 copies with wide margins “so that each one may correct or strike out anything unpleasant or objectionable.” But error was not so easily erased. Only two or three copies were returned, Harvard President Charles W. Eliot ’s without a word. “An overrated man and a much overrated book,” Eliot reputedly commented in private, and Adams may well have agreed. He confessed that the Education was a difficult book, its difficulty marking the degree of his dissatisfaction. “The point on which the author failed to please himself, and could get no light from readers or friends,” wrote Adams in his preface, “was the usual one of literary form.”

That one of the foremost intellectuals of his generation considered himself an outright failure should not be dismissed as mere intellectual posturing or false modesty. It describes a serious mindset, almost a way of being, that had developed fully by the turn of the twentieth century. We have become familiar with the emergence of a modernist sensibility that challenged purportedly Victorian conventions, certainties, and absolutes to reveal knowledge swimming in uncertainty, consciousness tangled up in error, and human psychology defined by blunder and inadequacy. The shift from the nineteenth century to the twentieth seems equivalent to a tolerance for “the spasmodic, the obscure, the fragmentary, the failure,” as Virginia Woolf famously phrased it, positing a point of rupture “on or about December 1910.” Adams’s focus on a kind of failure that was “respectable enough to deserve self-respect” seems part of the virtual coincidence of intellect and self-conscious failure that marks a twentieth century turn of thought. But to begin with The Education of Henry Adams, a book that sits in the rupture Woolf posited, returns us equally to questions from an earlier time. What Adams unfolds in his autobiography – an idea of the nineteenth century as a failed century, told through the story of his life – and how he opens this idea, as a problem of literary form, highlight a productive fracture or fault that runs through the bedrock of nineteenth-century American literature. Adams may perceive himself a “failure” – and, as we shall see, he enjoys good company in so doing – yet the term remains meaningless, a mere intellectual gesture, without an appreciation of the literary tremors and ruptures that define such an attitude. My book is an attempt to register those tremors and to uncover the backstory and the drama of failure’s rise.

The Education tells of Adams’s early life in Boston, his experience as secretary to his father, the American Ambassador to London during the Civil War, and his return to American society after the war when he became professor of medieval history at Harvard University in 1870, only to retire, disillusioned, seven years later. It is a book defined by contradictions and gaps, most notably its odd third-person narrative perspective that creates an ironic distance between “Adams” the author and “Henry” the subject. For Yvor Winters, this later work by Adams shows the “radical disintegration” of a once great mind, demonstrated by a fundamental split in the narrative subject. The Education has appeared equally problematic as a theory of history . Marked by inconsequential theorizing and overgeneralization, Adams seems to turn at times against his own literary ambitions. More recently, we have come to appreciate Adams as an oppositional thinker who sought to bring a new kind of intellect to a moribund American culture. But even such sympathetic views of the political Adams are troubled by the book’s jarring moves between minute historical details and abstractions of theory. To many of his critics, Adams had written a book intentionally designed to fail.

About the Author: Gavin Jones

Gavin Jones is the Frederick P. Rehmus Family Professor of the Humanities at Stanford University, where he has taught American literature since 1999. He is the author of Strange Talk: The Politics of Dialect Literature in Gilded Age America (University of California Press, 1999), American Hungers: The Problem of Poverty in US Literature, 1840-1945 ...