A new book of essays on behavioural public policy, a field that explores ways of changing behaviour to achieve the aims of public policy, was launched last week at the LSE.

In this article, which has been re-blogged with kind permission from the LSE blog, the editor of the volume, Adam Oliver recounts some of the comments and discussion that emerged from the event, which included reflections by Gus O’Donnell, Julian Le Grand, Drazen Prelec and George Loewenstein.

During the 2010-11 academic year, the UK Higher Education Innovation Fund sponsored a series of seminars at the LSE that focused on the topical field of behavioural public policy. There were nine seminars in total, and all were led by leading international experts in behavioural economics, or by LSE-based scholars with a strong interest in the field.

The presenters were asked to relate an aspect of behavioural economics to a policy concern of their choosing, and thus a disparate range of policy areas were focused upon, from health to education to environmental concerns to worker remuneration, to name but four. Responses to each of the presentations were solicited from relevant established and up-and-coming scholars, so as to enrich the debate.

All of the presentations and responses were written up and collated, and have recently been published in a volume by Cambridge University Press entitled ‘Behavioural Public Policy‘.

On October 31st 2013, the book was launched in the LSE’s Shaw Library.

At the launch, the former head of the UK’s civil service, Lord Gus O’Donnell reflected on the importance or otherwise of the behavioural approach to policy in general, Professor Julian Le Grand, a contributor to the book, considered the relevance of the approach to the use of economics in social policy, and Professors Drazen Prelec and George Loewenstein, both of whom also contributed to the book, offered their own reflections on the book itself.

Lord O’Donnell made it clear that he is a very strong advocate for the use of behavioural findings not just in public policy, but also in the private sector sphere, particularly if private companies are encouraged to apply the findings towards socially beneficial ends (they have, of course, been experts in applying what are essentially behavioural economic findings for profit maximising ends for decades).

He emphasised that the principle reason for the relatively recent interest in the behavioural approach among public policy makers is its potential usefulness in informing the design of effective, and yet inexpensive, policy interventions, which is of course particularly attractive in an era of stringent public finances. Lord O’Donnell also cautioned, however, that we should not take all existing behavioural findings at face value, since many have been observed in small sample studies and thus studies with much larger sample sizes, employed in a process of ‘test-learn-adapt’, are warranted.

On this point, however, I confess some sympathy with Ariel Rubenstein’s view that it is better to assess the robustness of theoretical propositions by conducting multiple small studies with varying methodologies across different samples than to conduct single large sample studies. 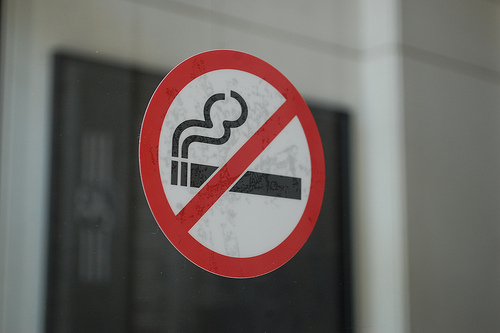 Professor Le Grand focused on whether behavioural economics can give justifications for a paternalistic government to use measures other than those usually grouped under the heading of libertarian paternalism.

He used the example of a smoking ban, primarily a paternalistic policy if there is, as he claimed, only weak evidence on the harms of passive smoking. He argued that if smokers act on heuristics (e.g. present bias) that conflict with their deliberative preferences (i.e. a deliberative preference to stop smoking), then a government can intervene to essentially (and, presumably in many cases, literally) save people from themselves.

This justification to some extent resonates with that proposed by Richard Thaler and Cass Sunstein in their specification of libertarian paternalism and nudge policy, although Professor Le Grand would clearly go further than the non-regulatory parameters of nudge, by stating (and, in the case of smoking bans, illustrating) that we should use behavioural economics to help decide where regulation and bans are appropriate, an argument also advanced by myself in a recent post.

Le Grand also drew attention to the phenomenon of policy measures crowding-in or crowding-out individuals’ intrinsic motivation, an area of behavioural economics that features in several chapters of the Behavioural Public Policy book.

In his reflection on the book, Professor Prelec argued that when considering the possible policy applications of behavioural economic findings, it is important to have an understanding of the history of the discipline, because behavioural economics began as a deviation from neo-classical economic orthodoxy.

Indeed, many of the insights of behavioural economics, such as the famous Allais and Ellsberg paradoxes that are summarised in the book, could only have been uncovered by people who have been thoroughly schooled in standard economic theory.

For most behavioural economists, including nudge advocates, the rational maximisation of welfare remains the normative goal, although Professor Prelec sounded several notes of (albeit possibly solvable) anxiety about the nudge approach, namely vis-à-vis transparency (is it covertly manipulative?), accountability (are citizens or the government to blame if an intervention fails?) and neutrality (whose preferences are really being prioritised?).

Professor Loewenstein told a story about a question asked by an audience member after a talk he had given that convinced him that behavioural economics has gone from an oppositional position within economics to becoming part of the mainstream. He drew an analogy between this situation and that of political parties which, after being in the opposition for too long, ‘blow it’ when they gain power.

He asked whether behavioural economics was likely to follow such a pattern and came to the optimistic conclusion that it was not, for reasons that he felt are well reflected in the format and content of the Behavioural Public Policy book.

One problem of suddenly becoming mainstream after years in opposition, he noted, is that, in the process of battling for recognition you become embittered and entrenched and decide everything that came before is useless. Several of the contributions to the book, however, pay tribute to the continuing importance of traditional economic concepts.

Another problem is that, in their desperation to gain acceptance, opposition parties make promises that they cannot deliver on, leading to disillusionment. Combating this tendency, he noted, the Behavioural Public Policy book is measured on the potential of, but also on the limitations of, behavioural economics.

A third problem is that, after finally achieving dominance one views it as the natural order of things; thus, there is a risk of becoming overconfident and complacent, which may stop us paying attention to feedback, and thus the movement becomes stagnant.

As Loewenstein noted, the chapters of the book are exactly the kind of self-reflection and soul-searching that we need if we are going to succeed in the mainstream: we need to be self-reflective, non-defensive, and open to criticism.

About the Author: Adam Oliver

Adam Oliver is a Reader in the Department of Social Policy at the London School of Economics and Political Science. He teaches behavioural economics and behavioural public policy, and has published widely in these areas, and indeed also in the areas of health economics and health policy. He is the founder of the Health Equity Network, the European ...