Writing a book is a strange business.

The process is long and often solitary, followed by the period between completion and publication, and then once it is published there is another long delay before there is any reaction. It takes time for a book to get bought, read, reviewed and cited and by the time that happens, its writing of it is just a distant memory.

I was lucky with my book Decoding Organization: Bletchley Park, Codebreaking and Organization Studies, published in March 2012 and in paperback since September 2013. Although very much an academic study, its empirical focus on Bletchley Park meant it began to get attention quite early. Thus in April 2012 my article summarising it appeared in the BBC History Magazine, whilst in September 2012 I appeared on BBC Radio 4’s Thinking Allowed show to discuss it.

There is a nice, five star, review on Amazon and some kind person has even added reference to it on the Wikipedia entry for Bletchley Park!

The academic reception has taken longer and because of the nature of the book has taken different forms.

The book tries to provide two things, which are likely to be of interest to different audiences. 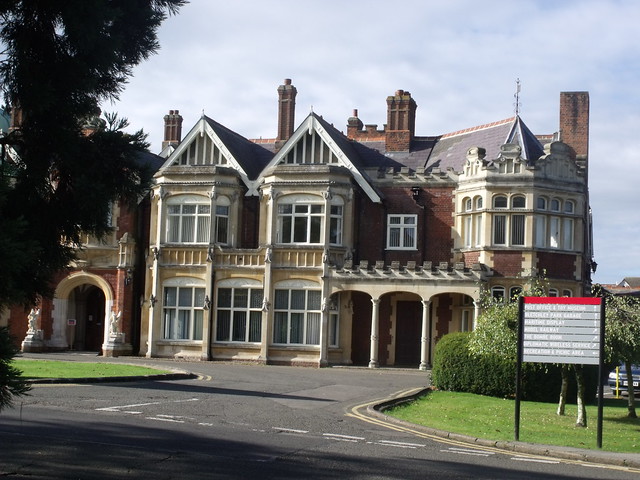 On the one hand, it tries to explain how Bletchley Park was organized – a highly complex matter – and in particular to stress that the received image of it as a place inhabited by male mathematical geniuses like Alan Turing is very wide of the mark. There were thousands of people doing a huge variety of work tasks. That aspect of the book could be of interest to general readers and, amongst academics, to those working in intelligence studies and the history of cryptology.

The second theme was to try to conduct a particular style of organizational analysis, one which was accessible, empirically detailed, and theoretically pluralistic. That aspect would be of interest mainly to academics working in my own discipline of organization studies.

Within the first domain, a review in the specialist journal Cryptologia (Christensen, 2013) was pleasing in recognizing the particular thing that I was able to bring to existing knowledge amongst students of cryptography, namely a detailed focus on organization. In the second domain, the leading US journal Administrative Science Quarterly (Kahl, 2013) praised the book for raising “important questions about how we as academics approach our analysis” and providing “significant insight into how to deal with … conceptual challenges”, and was appreciative of its historical focus (which is rare within the discipline) whilst arguing for a more extensive discussion on methodological issues.

Another reviewer, this time in the leading European journal Organization Studies (Land, 2013) was less convinced. Whilst recognizing that it is “an ambitious book” and appreciating in particular the analysis of secrecy, the review felt that it downplayed Bletchley Park’s lack of “inclusivity and diversity” and saw the analysis as lacking sufficient political criticality. For me this was a frustrating review not least as it judged the book according a “stated intention” that I did not in fact state, but not an entirely surprising one as I wrote it as a challenge to existing ways of doing organization studies.

More happily, in the introduction to the special issue in which the review appeared, the editors described Decoding as “a book that represents perhaps one of the most original and important contributions to the discipline of organization studies” (O’Doherty et al, 2013: 1438).

No doubt in the coming months and years there will be more reviews and more citations, with comments both positive and negative.

As an author, one cannot control the way a book is read and received. Once written it takes on a life of its own. And whilst one naturally appreciates the positive reactions more than the criticisms the only truly galling reaction is for there to be no reaction at all.

About the Author: Christopher Grey