The Domestic Cat 3rd edition tells an interesting story of the history of our complicated relationship with one of the only animals we have managed to breed domestically. And we're keeping up the Halloween theme: while not the Halloween-y-est of titles, the long history of the domestic cat does involve a chapter on the culture of witches and demons.

What would the world be like without the domestic cat? Probably overrun with mice, but with much fewer pet hair remover products.

The origins of cat domestication can be traced to the eastern Mediterranean, but the exact date when house cats became common remains in doubt. Remains of a pet cat were recently found in a 9,500 year-old grave in Cyprus, but the Egyptians aren’t thought to have started keeping cats until 4,000 years later.

While they may not have been the first people to take in a stray as a family member, ancient Egypt is no doubt the culture that revered cats the most. When a pet mau died, family members would shave off their eyebrows in mourning as they placed their embalmed furry friend in the family tomb alongside tiny mummies of mice. Cats were considered so valuable that cat smuggling was punishable by death.

The history of the world might have been very different without the domestic cat. A taste of what cat-less society would have been like was briefly provided by Pope Innocent VIII when he condemned cats as evil and burned thousands of them during the Spanish Inquisition. The resulting population explosion in rats exacerbated the spread of the Black Death around Europe. 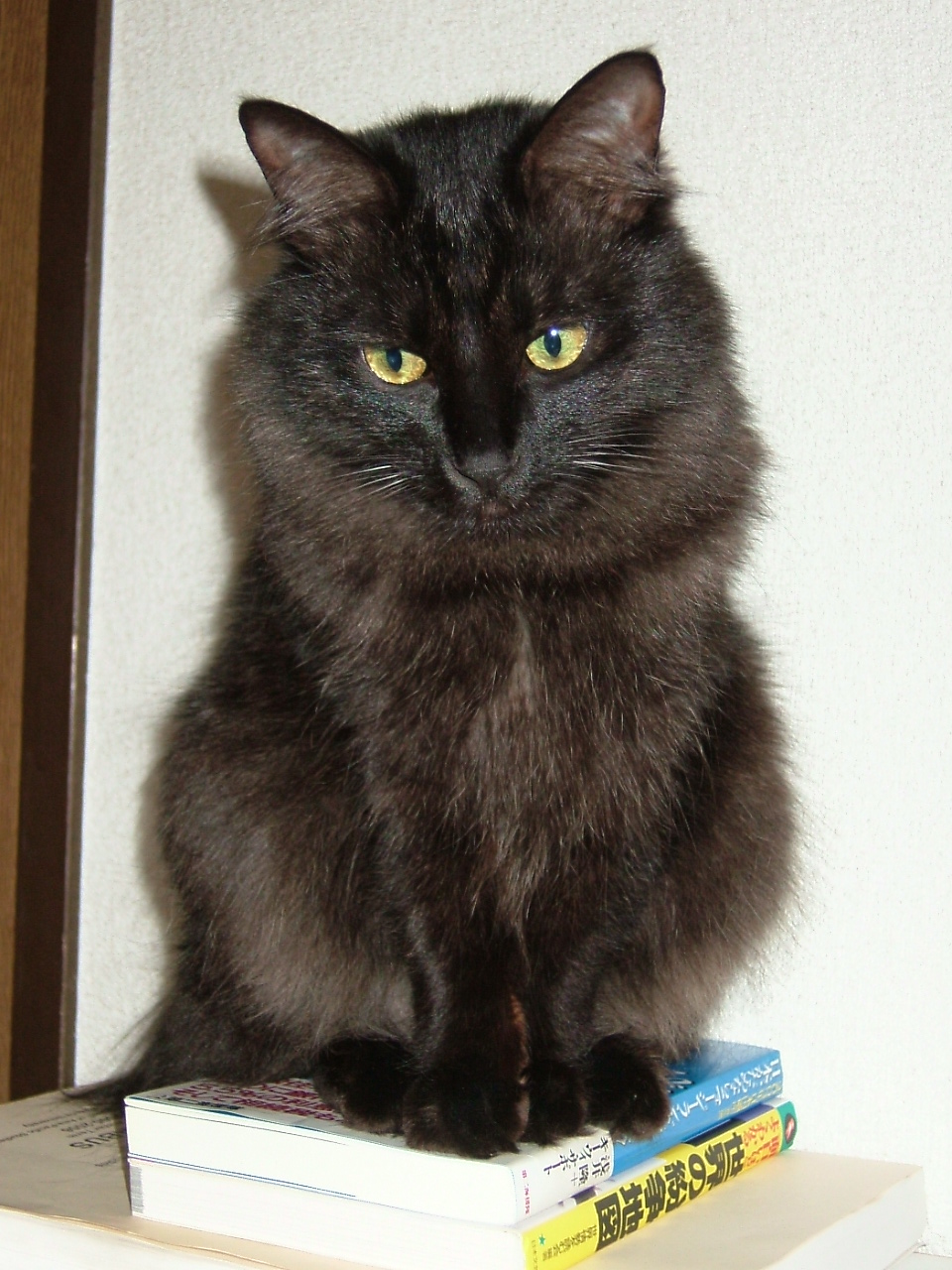 Black cats were once thought to be witches’ familiars

Witches would also have been at a loss without their cats. Since the Middle Ages, black cats are said to have been witches’ familiars, assisting their owners in magic rites. What is less well known is that witches could also use dogs, pigs or other animals as their familiars. Were it not for the domestication of cats thousands of years ago, children dressing up as witches at Halloween today could very well be sitting astride broomsticks accompanied by black pigs balancing precariously beside them.

Cat shows would disappear from the annals of history. The earliest recorded show reportedly occurred in 1598 in Winchester, England – though details are sketchy. The idea for modern competitive cat shows has been attributed to Baroness Burdett Coutts, the Duchess of Sutherland, and her “catty” friends, with the first major competition held in July, 1871 at the Crystal Palace in London. The show was such a roaring success that another was immediately held in December. By the turn of the century, the exhibitions had become society events, with glory for the winners, petty jealousies, judging scandals and increasingly sophisticated breeding techniques.

Even the etymology of the English language would be different without the humble house cat. The original meaning of “moggy” for example was a term of affection for a calf rather than a cat. Alternatives would all need to be found for cat burglar, catcall, catwalk, copycat, pussyfoot, fat cat and the cat’s whiskers. What would 1950s jazz culture be without its epitome of cool, the hepcat?

Popular culture would shed a host of famous felines. Cartoon cats from the first drawings of Felix the Cat in 1919 to more recent franchises such as Garfield would slink into oblivion, depriving animation studios of millions of dollars in revenue. There would be no Cheshire Cat at Disneyland, no Cat in the Hat by Dr. Suess and without Tom, Jerry would be free to cause havoc. Evil geniuses everywhere would have to find a new furry animal to stroke on their laps as they contemplate destroying the world.

While children’s television would lose a host of familiar characters, people with pet allergies everywhere could breathe easy. Studies show that up to a quarter of the population may have a cat allergy, with at least 14% of children between the ages of six and 19 affected. Cat allergies cost health care systems worldwide millions of dollars.

On the other hand, stroking a cat has been shown to relieve stress, reduce hypertension and even increase longevity among heart-attack survivors (experiments show that stroking goats also works). Extroverted humans tend to own cats that exhibit more complex behavioral patterns – but is the human influencing the cat or vice versa? Clearly, scientists have only just scratched the surface of research into the human-cat relationship.

As the near infinite number of cat videos on YouTube attests, the common house cat is firmly ensconced in the lap of modern society.

About the Author: Bennett R.

Bennett is the assistant manager of e-products in Cambridge's Japan office....