A Q&A with Koji Mizoguchi

Koji Mizoguchi of Kyushu University and author of The Archaeology of Japan finds that a simple interest in the world around us is the starting point for archaeological inquiry. His research has led to insights into topics ranging from Japanese religious belief to the unique characteristics of the Emperor system. 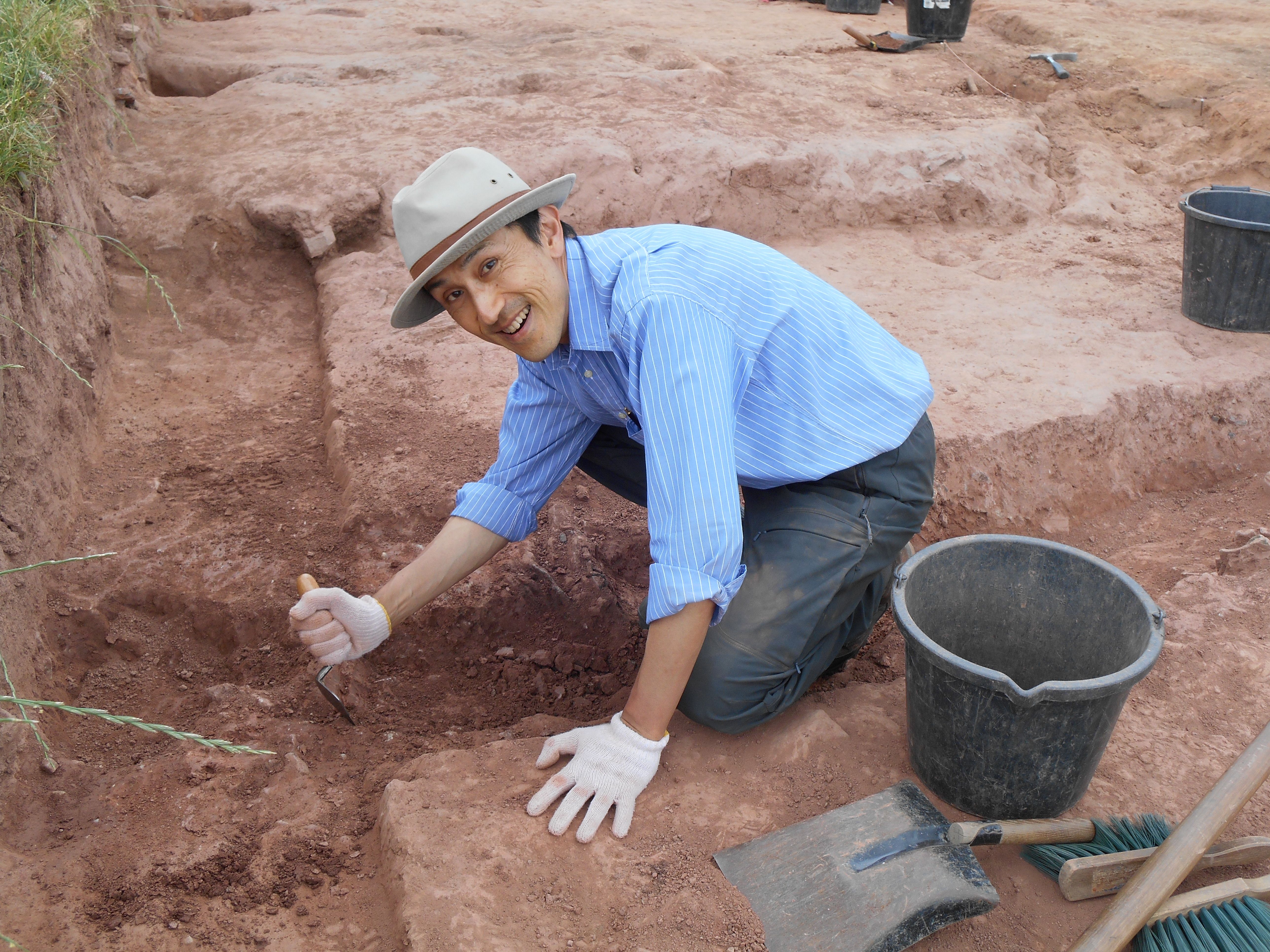 From my childhood, I have always been fascinated with the relationship between material items and human beings. I think I was fascinated by things which ancient people saw thousands and thousands of years ago which still exist and can be seen by people like me today. I feel some kind of commonality of human experience behind these items. Of course, as a child, I couldn’t understand it in that specific way but I always felt awestruck by such things.

Why do some societies develop faster than others?

That is an extremely interesting and important question which has puzzled many archaeologists. From my point of view, there seem to be two very important factors behind differing speeds of development; one is how any given society allows itself to grow in terms of population; and the second is the proximity to the “center” of civilization. Let me explain each.

Human beings organize themselves by coping with a set of problems generated by many factors, one of which is how to cope with the difficulty of making smooth communication in society possible. It is easy to imagine how difficult it becomes to communicate in an orderly manner when you have a hundred times more people than before – you have a new set of difficulties. So human beings are forced to come up with new solutions for that kind of problem all the time as a long as a community grows in population.

Proximity to the center of civilization is more problematic. In the case of the Japanese archipelago, society enjoyed extreme stability in its hunting and gathering way of life lasting probably more than 8,000 years, when suddenly a connection with mainland Asia emerged in the form of the rice-paddy field agriculture and the knowledge of how to rule people or coerce people into a complex social order, many elements of which originated in China. At the time that rice paddy-field agriculture was introduced into Japan, China had already had nearly 1,000 years of complex society. When that kind of connection came into existence, the recipient society on the fringe of civilization has to adjust itself to the torrent of new information, including how to rule people, how to organize communications and so on.

How did ancient Japanese differ from ancient Koreans or Chinese?

In terms of rice paddy-field agriculture-based society, there are many similarities between those three areas. But unique trajectories emerged out of different environmental and topographical settings. In the case of China, the terrain is much larger than Korea or Japan so the scale of integration was much larger than in Korea or Japan. So when integration was achieved through social stratification, the numbers of strata were much more than in Korea or Japan. When it came to Korea and Japan, the respective communities were on the receiving side of influence from the already-formed Chinese core. Korea is directly adjacent to the very strong sphere of Chinese influence, so it quickly became a sophisticated society. In the case of Japan, there is more distance to the mainland which allowed Japan to be more autonomous in selecting elements of influence on its own terms, so it became a more hybridized culture. 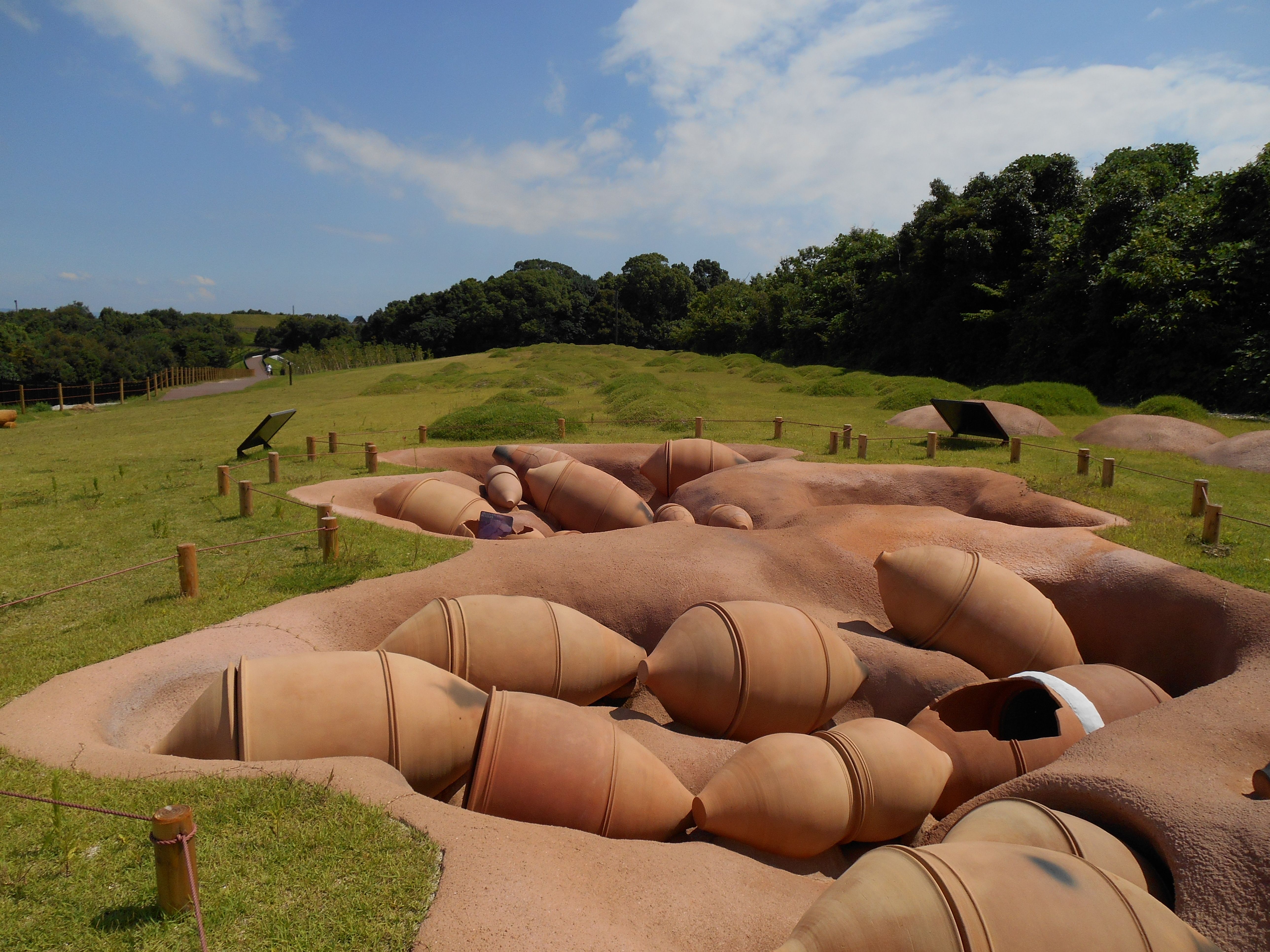 A reconstructed area of Yayoi Period cemetery at Yoshinogari site in Saga, Japan

How important was religion to the ancient Japanese state?

One core element of any religion is to help human beings come to terms with various types of contingencies, or unexpected occurrences, including the loss of those who are close to you, the unexpected loss of commodities, or unexpected failure of agricultural production and so on. People from the most ancient times have set up or constructed the causes of such unexpected occurrences, and then prayed for stability. How many contingencies you feel you have to cope with determines the type of religion you develop. So before the coming of rice paddy-field agriculture, that is to say during the Jomon Period (12,000 BC – 300 BC) when ancient Japanese lived on hunting and gathering, there were many contingencies in the form of animals and plants that were relied on for foodstuffs and as the source for the production of materials. Naturally, their religious belief was animistic, with tight connections to the shift in the seasons. As rice paddy-field agriculture arrived, these contingencies became unified because people came to rely heavily on a single foodstuff – the rice crop. Rice production forces people to stay on the same spot, not only to cultivate the rice itself but to construct and maintain paddy-fields. So the range of contingencies they had to deal with was narrowed down to one, and that resulted in the metaphorical connection of every element of human life to the life cycle of the rice crop.

The rice crop is born in the spring, it grows over the summer, is cultivated in the autumn and then either consumed or put into stock for next year’s cycle over the winter. So birth, growth, death and rebirth became transposed into human birth, growth, death and rebirth. Many cultural elements of the Yayoi Period (300 BC – AD 300) became implicated in a very subtle and sophisticated way with the life cycle of rice, and this is one of the core elements of uniquely Japanese religious belief.

How did the Emperor system begin?

Collapse is a popular theme in archeology these days – does the study of Japanese archeology make any contribution to the debate on the origins of social collapse?

One of the reasons for major collapses experienced by human beings so far is not necessarily over-exploitation but over-reliance on a single resource. That over-reliance makes society as a system very vulnerable because the availability of a given resource is always determined by the way it is sustained under particular conditions. If those particular conditions become destabilized, the availability of the resource fluctuates, and if the range of flexibility in the society is too narrow, the slightest fluctuation in conditions cause disaster. Those societies which have enjoyed longevity either diversify resources to rely upon or make the means of integrating itself fairly loose. By this I mean institutions of long-lived societies are not necessarily tightly connected with one another, so when some of the institutions cannot be maintained other institutions replace them or overtake the roles of the failing institutions.

In the case of Japan, the latter pattern is one of the secrets to the longevity of society due to the unexplainability of the Emperor system. If the Emperor system were explained by a connection to something specific, such as God’s will, then any failure could be interpreted as being a misrepresentation of God or something. In that case the Emperor, as the representative of God’s will, would need to be punished for any failure – that is what happened frequently in Western kingdoms. But in the case of Japan, the Emperor system has always been very ambiguous – what guarantees the Emperor to be the embodiment of society remains always ambiguous and unexplained. So it is a very sophisticated shock-absorber because if any failure comes along, the Emperor can survive by saying oh yes, this unfortunate event happened but it is no one’s fault. The very ambiguity of what the Emperor represents leads to the stability of the system.

So do you see the system continuing because of this reason?

Yes. Some of those in an advisory role in the system, not necessarily advising directly to the Imperial Household itself, also know the importance of the system remaining ambiguous.

What advice would you give to students considering archeology as a career?

One thing they should do is to always be interested in things happening around them, and try to think about the causes of things being as they are in relation to “things”. By things, I mean both material objects and intransigent things such as voice, gesture and facial expression. Students should think about how those things influence events around them. I think that is a good start for students to become not only a good archaeologist, but also a good social scientist and perhaps, from my point of view, a good human being as well. Because after all, we can only live by being surrounded by “things” – so understanding how humans relate to things is a fundamental question of life itself.