Author Colin Howson talks to us about writing his latest book Objecting to God, researching probability and logic, his appreciation of Scottish writers, and a flying monk.

What inspired you to write Objecting to God? 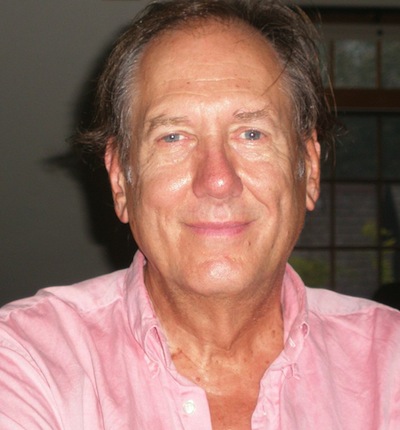 First and foremost, a desire to wean people off religion, off believing that there is any authority for its various claims to knowledge and explanation. I target in particular the so-called Abrahamic religions, Judaism, Christianity and Islam, which exercise an enormous influence, with subscribers numbered in billions, and which I argue are actively harmful. Their historical record of trying to prohibit free thought, often by means of torture and death, is well-known, and the tolerance now shown in some countries – but only some countries – is the outcome of a long struggle between secular and religious authority. But the struggle is still far from over, as I show in the first two chapter of my book.

Here’s an example close to home: 26 Church of England bishops sit ex officio in the second legislative chamber, where they continue to obstruct a humane reform of the law on the management of one’s own death. The situation in countries under Islamic law is orders of magnitude worse. Somewhere in the middle of all this dysfunctionality we have the Republic of Ireland, where recently a woman died because of the law prohibiting abortion in any circumstances (it has just been changed minimally, in the teeth of opposition from the Church).

These religions, as I note in my book, draw their authority from foundational scriptures steeped in homophobia, misogyny, unbelievably harsh punishment for deviance, and the elevation of unquestioning obedience over critical thought.

The argument surrounding the existence of God has been widely debated throughout history. Can you describe how your book adds a new view to this debate?

Many of the recent arguments for the existence of God appeal to probability. Typically they conclude that the existence of God is very likely, given the supposedly extremely large improbability of a life-friendly universe, etc. were he not to exist. These arguments are fallacious, but to people unfamiliar with the laws of probability it’s difficult to say why. I try to explain why. People also aren’t easily able to see the serious problems of logical consistency in the idea of an all-powerful, all-knowing God. This is another topic I deal with in the book.

In your book, you have presented arguments to show that belief in God’s existence is not well-founded. Please could you outline one or two examples.

One prominent example is the ancient so-called Problem of Evil. In the Abrahamic religions God is not only all-powerful and all-knowing, but all-loving too. But it is an inescapable fact that innocent people though the ages have been victims of all sorts of dreadful suffering. On an honest view this is simply inconsistent with the idea there is such a God. I say ‘on an honest view’: one of the more unpleasant aspects of Christianity is its dishonesty in trying to evade the problem, usually by claiming that suffering is good because it brings us closer to God. Another example: the universe can support life only within a very small range of the theoretically-allowed values of certain physical constants. Since this ‘fine tuning’ has no currently-accepted theoretical explanation, theists claim that it therefore points with a very high probability to design, i.e. divine purpose. The argument, which I discuss at chapter-length, is fallacious on a number of levels.

There has long been widespread preoccupation in society that morality cannot survive a loss of religious faith, echoing Ivan Karamazov’s famous claim in Dostoevsky’s The Brothers Karamazov that without God everything is permitted. In your book, you argue that Karamazov’s claim is wrong. Please can you explain briefly your arguments against Karamazov’s claim?

Karamazov’s claim is easily shown to be wrong. Anyone older than a year or so will know that what is put in place to stop undesirable things being permitted is not God but a range of institutions set up by people to punish violations of public morality like murder, theft, fraud, breach of contracts etc. These potentially harm everyone and it is in the common interest to prevent them. God doesn’t come into it. What does, as I show in my book, are some essentially rather simple game-theoretical principles, first invoked in a crime-and-punishment context by the eighteenth-century philosopher David Hume – even though of course he’d never heard of game theory.

How does Objecting to God fit with your wider research and writing?

Quite closely. My research has mostly been in how probability and logic combine in the principles for evaluating evidence in science and generally wherever knowledge-claims are made. My book is essentially an exercise in applying some of this to the God literature, a very fertile source of reasoning-pathologies!

What were the greatest challenges you faced in writing Objecting to God?

Writing simply and persuasively in a field where the irrational has unfortunately taken a great hold (viz. we are constantly told that ‘faith’ is a foundation for belief; the British taxpayer is even made to fund ‘faith’ schools). Given that the religious interest is so over-represented in the press, broadcasting and public life generally, it’s very difficult to counter this without being accused of ‘ranting’. Richard Dawkins, intellectually head and shoulders above detractors, constantly has this smear-tactic used against him. I try to keep the tone of my book measured and stick to the logic of the case against God.

Can you describe a ‘breakthrough moment’ that inspired the achievements of your work?

As far as this book is concerned, the inspiration came from realising that a deep theorem of logic known as Tarski’s Theorem has what is in retrospect an obvious application to the claim that God is omniscient. This theorem exploits a famous paradox called the Liar paradox: to see how that works try to work out whether the sentence “This sentence is false” is true or false. You’ll soon find it’s both, which is impossible. I explain in my book how this quirky puzzle can be used to show that it is logically impossible for God to be omniscient.

Was there any one philosopher/academic/writer that ignited your interest?

One is the great Scottish philosopher David Hume, whom I have already mentioned, author of some of the most profound philosophical arguments, including those in his ‘Dialogues Concerning Natural Religion’ (1779) (I have also written a book about him).

The other is the novelist, essayist and notoriety Norman Douglas, also of Scottish extraction (together with German). His book ‘Old Calabria’ (1917) is not just a masterpiece of travel literature: it contains a thread of running reflections on contemporary mores and beliefs, spiced by frequent jibes at religion and its officers – ‘pious frauds’. Three pages of exquisite prose near the end of the book distil a simple pagan philosophy from contemplating the austere beauty of the Ionian littoral – as it was then.

Describe the importance of your book in no more than 140 characters….

My book is an attempt to give its readers the tools to evaluate for themselves the evidence widely held to demonstrate the existence of the God of Judaism, Christianity and Islam.

If they use them properly they will find that the ‘evidence’ is no evidence at all. The foundational texts themselves are an inconsistent mish-mash of primitive beliefs, taboos and what can only be described as fairy-stories which in any other context would strain the credulity of a child. I regard the unmasking of this travesty of knowledge as an objective of the highest importance, given the extent to which, even in the supposedly enlightened science-driven west, it still adversely affects so much of our lives and the direction of a good deal of public policy.

Please complete the following line in one sentence:
You should read my book because …

Hopefully you will find it enlightening and amusing: there are some good jokes in it, though I say so myself, and the story of the Flying Monk, canonised by the Catholic Church as St Joseph of Copertino, the patron saint of air-travellers, is a comic gem which even Monty Python might have been hard put to dream up.

What do you hope that readers will take from Objecting to God?

A healthy scepticism of religion in all its forms.

Have you got plans for more books in the future?

Colin Howson is the author of Objecting to God (2011). He is Professor of Philosophy at the University of Toronto and Emeritus Professor, London School of Economics and Political Science.