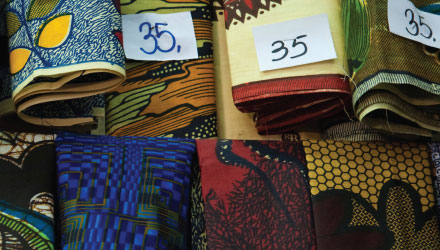 African countries today exhibit the dramatic effects of political and economic reforms undertaken over the past few decades.

Popular press and consulting firms now regularly compare “African Lions” with “Asian Tigers,” highlighting the prospects for growth in natural gas, biofuels, or consumer services and tracking the expansion of the private sector. But, as my book, Party Politics and Economic Reform in Africa’s Democracies (Cambridge, 2012) demonstrates, reform outcomes have diverged considerably across the continent. To explain why, the book not only assesses the institutions that African countries adopted to create or expand their private sectors, but also it relies on case studies of Zambia, Mozambique, and South Africa to show how differences in the quality of democracy and the nature of party politics affected the pace, beneficiaries, and patterns of private sector development.

Why should we pay attention to the adoption of formal institutions (or rules and regulations) when many critics of African governments have argued that ruling parties often ignore them? The book explains that the extent to which a country has adopted formal institutions to create or expand its private sector correlates well with the extent to which that country has privatized its state owned enterprises, fostered a relationship with private business, and streamlined licensing requirements for business several years later.

Togo, Niger or Cameroon did not make many institutional changes during the 1990s and also did not demonstrate private sector development by the mid-2000s. By contrast, Mozambique, Uganda, Ghana, Zambia, and Cape Verde passed new investment laws, embraced privatization, and liberalized trade during the 1990s. Consistent with these policies, by the mid-2000s, they had sold state-owned enterprises; formalized relationships with business; and improved their banking sectors.

Still, even the most ardent institutionalists recognize the role of politics. In the book, case studies of Zambia, Mozambique and South Africa show how party politics and the quality of democracy influenced who won and who lost from reform. For example, in Zambia, few constraints on executive power allowed the President to intervene repeatedly in the privatization process, whereas party fragmentation produced inconsistent enforcement of economic policies.

In contrast, South Africa’s more liberal democracy facilitated compromises with opponents of privatization, whereas party system stability allowed the ruling African National Congress to cater to its base during the reform process. As the book concludes, institutions established the parameters for reform, but democratic quality and party politics also shaped patterns of private sector development.

About the Author: M. Anne Pitcher

M. Anne Pitcher is the author of Party Politics and Economic Reform in Africa's Democracies (2012). She is a professor of political science and Afroamerican and African Studies at the University of Michigan. She is also the Chair of the African ...