On Doubt, Skepticism, and the Mysteries of Call Numbers 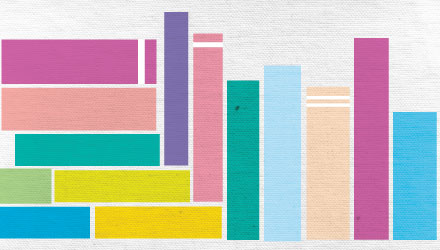 In the Library of Babel

Michelle Zerba describes the surprising categorization her book received from the Library of Congress and how it changed the way readers and scholars considered Doubt and Skepticism in Antiquity and the Renaissance. 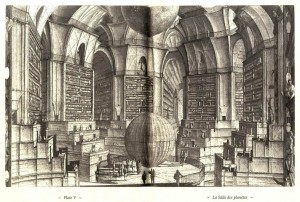 If someone familiar with the classification system of the Library of Congress were asked what kind of books are found in the “B” lot, she would be right to say “Philosophy, Psychology, Religion.”  The designation of “B” is for “General Philosophy,” of “BC” for “Logic,” of “BD” for “Speculative Philosophy,” and so forth.  There’s an online site sponsored by the Library of Congress that spells it all out: http://www.loc.gov/catdir/cpso/lcco/.  These orientations are useful.  They point the way for readers and researchers and let us know about the neighborhood.

But interdisciplinary studies can produce hiccups in the system.  Which discipline is prior, and who decides?  One pulls a volume off the shelf and frowns: the book doesn’t seem to belong there, but there it is, stamped with official letters and numbers, promising a world that doesn’t quite materialize.  It’s in this way that I find myself pondering my recent book published by Cambridge, Doubt and Skepticism in Antiquity and the Renaissance, which bears the Library of Congress call number BD215.Z47 2012.

Philosophers are likely to be surprised by the classification.  I myself was rather taken aback the first time I saw the call number because as a literary comparatist I spend much of my time in the “P” aisles.  I’ve long been dropping in on “B”s of all sorts and also moonlighting in the “D”s of history, the “JC”s of political theory, and the “HQ”s of social science related to women and family.  But I never thought I was writing a book of speculative philosophy, which is how “BD” tags me.  I thought I was writing a book that explored doubt and skepticism through the lenses of literary works, broadly conceived, by Homer, Sophocles, Aristophanes, Cicero, Machiavelli, Shakespeare, and Montaigne.

I imagined that classicists of various stripes, including philosophers, would easily pick their way to Doubt and Skepticism in Antiquity and the Renaissance, as would sixteenth-century scholars curious about my choice of a period term that resists the relentless forward drive of “early modern.”  Political scientists, I realized, would have to wander farther to find out what I have to say on Cicero, Machiavelli, and Montaigne regarding governance, the public sphere, and oratory, and so, too, rhetorical theorists.  But I was optimistic.

Now I’m beginning to wonder if some forms of comparative literature, which is what I think I practice, are unusual enough that classification produces obstacles rather than easily navigable byways.  I do like some things about “BD.”  If we accept what the Oxford Dictionary of Philosophy has to say about speculative philosophy, namely, that it studies whether a “discursive form of cognition by means of general concepts can ever be completely adequate to the concrete reality which it seeks to describe,” then my call number is not completely off the mark, though “concrete reality” is, for me, too blunt.  In any case, readers should know that there’s blood and meat in my cast of principals.  This is why I’m feeling a bit chilly on the “BD” shelf.  So let me warm things up with snapshots of scenes to which doubt and skepticism have led me:

These classificatory questions make me think I should re-read Borges’ “Library of Babel.”

About the Author: Michelle Zerba

Michelle Zerba is the author of Doubt and Skepticism in Antiquity and the Renaissance (2012). Zerba is Associate Professor of English, Classics, and Comparative Literature at Louisiana State University. She is the co-author of Tragedy an...