The Many Paths of Resistance in the Middle East

If the consequences were not so terrible, there has always been something faintly comic about the ways in which the powerful respond to those who challenge and defy them. Their indignation, even rage show that they may be the last to give up belief in the myths of power they have woven around themselves. Those they rule, however, may have other ideas.  During the past couple of years there has been plenty of evidence for this across the Middle East.

As people rose up against the ruling regimes in country after country, disbelief, followed by fury, coupled with the claim that it was all the work of malign “outside forces” have been common responses of those whose grip on power was being challenged. Vivid as the recent images of repression, resistance and the unraveling of political order have been, they should not be seen as unique but as reminders that similar events have marked the modern history of the Middle East.

It was this long and troubled record that had initially drawn my attention to the subject of resistance some four years ago, when I began working on The Power and the People. At the time, violent resistance in Iraq had been claiming lives and dominating headlines, but that only seemed to be part of the story. If resistance to power reflects the nature of that power, then armed resistance to military invasion and occupation was understandable, even if it involved fearful moral choices. But power is not only exercised through coercion, and inequality is not simply maintained by force. Consequently, other aspects of resistance – nonviolent, imaginative, economic and symbolic – can be just as effective. For that reason, they deserve study as much as the more spectacular and bloody acts of violent resistance.

My book examines different forms of resistance, the politics that generate them and the consequences that have followed across the Middle East. It begins by looking at the ways in which violent shifts in power have provoked violent resistance, as with the Iraqi resistance movements after the US-led invasion of the country in 2003, or the initial Palestinian responses to the Israeli military occupation of all of historical Palestine in 1967. It also studies the slower burning movements of resistance that may have taken years to emerge in places where inequality was resented but seemed part of the normal order of things. Illustrated by the long history of Algerian resistance to French colonial rule, culminating in the ferocious war of independence in the 1960s, it is also evident in the very different tactics of the Palestinian intifada of 1987 to disrupt twenty years of occupation.

Such conditions also existed in the “military occupation” by various regimes of their own countries. Here decades of inequality and violence had been presented to their subjects as the norm. Open resistance showed itself when people broke the spell of power, as in the revolution of 1978/9 in Iran, or in the Green Movement some thirty years later. Other recent examples have been the uprisings in the Arab world of 2011/12, where similar inequalities and brutalities galvanized people into action in Tunisia, Libya, Egypt, Syria, Yemen and Bahrain.

The inequalities that provoke resistance do not simply mark the relationship between the citizen and the state. They also exist in economic life, and the book looks at Egypt’s tumultuous industrial relations over the past couple of decades in this light. Similarly, it seeks to understand the resistance to the encroachments of global capitalism that initiated a re-imagination of the economy itself in conformity with Islamic values.

Historically and globally women have experienced inequality and discrimination on the basis of their gender. Women’s resistance to such conditions in the region is examined through the campaign to change the personal status law of Morocco and the struggle in the Islamic Republic of Iran for women’s rights to interpret their Islamic obligations. In other settings, women have used direct action in Morocco and in Iraq to protect women from the violence of men determined to maintain patriarchal power. 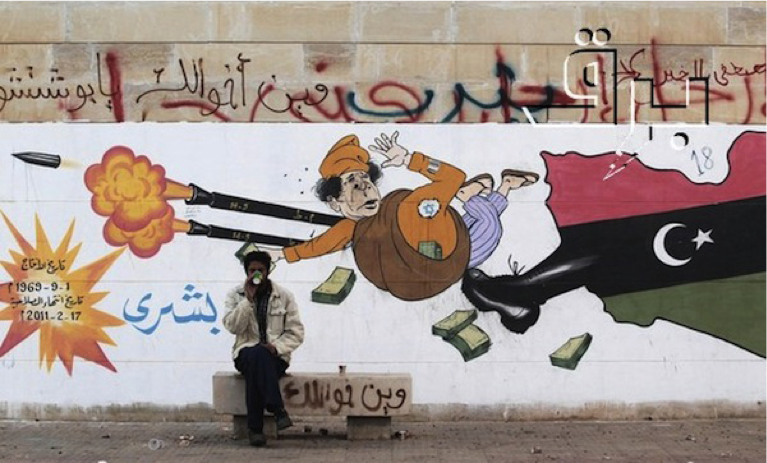 In these, as in other struggles, a key strategy of resistance has been to challenge power’s narration of the world. Questioning the myths of power and critically re-examining the telling of history here inform studies of Israel’s radical sociologists and new historians, as well as the determination of the Imazighen/Berbers to write themselves into the national history of Algeria.

Finally, a key site of this battle for the imagination has been the visual arts.  Artists have cast power in a critical light and have given people a sense of themselves and of their own potential. This is examined through the works of a range of artists, Palestinian, Lebanese, Iraqi, Algerian, Turkish and Iranian, each in their particular ways engaged in resisting the acceptance of everyday inequalities and exclusions.

These are the paths of resistance followed by people across the Middle East during previous decades and into the present. They are as relevant now as they were then since they demonstrate the capacity of resistance to disrupt the complacency of power. They also provide a repertoire that can be drawn upon by future generations, as well as lessons to be learned, where the fundamental causes of injustice, discrimination and repression remain.

About the Author: Charles Tripp

Dr Charles Tripp is the author of The Power and the People: Paths of Resistance in the Middle East (2012), View the Author profile >