Into the Intro: The Cambridge Companion to Pride & Prejudice 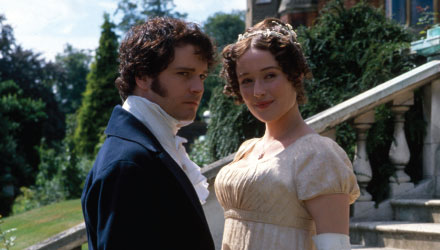 Go Into the Intro of The Cambridge Companion to Pride & Prejudice

This week on Into the Intro, we’re celebrating Jane Austen and the bicentennial of her beloved classic Pride & Prejudice. Here’s the introduction to the new edited collection The Cambridge Companion to Pride & Prejudice, with all the information on how Jane Austen wrote a novel that we haven’t been able to put down for 200 years.

One of several clever effects in the famous first sentence of Pride and Prejudice – ‘It is a truth universally acknowledged, that a single man in possession of a good fortune, must be in want of a wife’ (P&P, p. 3) – is the uncertainty arising about the nature and authority of the statement made. Whose voice and views are we listening to here, what status or value should we grant them, and what does Jane Austen think? In its confident declarative style, the novel’s opening seems to promise uncomplicated access to authorial opinion, and adopts a formula that had been used for decades to mark moments of emphasis and assertion in polemical writing. ‘It is a Truth universally acknowledged,’ insists John Shebbeare in a political pamphlet of 1756, ‘that Canada is the only part [of France’s overseas dominions] which can afford these Requisites.’ Or again, declares Anna Laetitia Barbauld in a religious tract of 1792, that prayer for advantages such as health may be impious ‘is a truth . . . universally acknowledged by all Christians’.1 This is personal conviction in loud mode, rhetorically inflated into absolute truth. In practice readers might dispute this truth – readers such as the officials who were shortly to prosecute Shebbeare for seditious libel, or the clerics who thought Barbauld fanatical and superstitious – but the author’s investment in it is impossible to mistake.

In Pride and Prejudice, by contrast, the same grandiose, generalising formulation is punctured by the shallowness and parochialism of the point that follows. For there is nothing even plausibly universal about this particular ‘truth’, and in another time or place the single man in question might just as well be in want of a hard-nosed accountant, a commitment-free fling, or a same-sex civil union. The timeless present-tense mode notwithstanding, Austen is telling us not about universal truth at all, but about a socially and historically specific set of attitudes.2 In ways made inescapable as the novel unfolds, her words go on to suggest not reliable authorial truth-telling – the wise, supervising commentary that might guide readers through the moral complexities of George Eliot’s Middlemarch, or even the interpretative minefield of Fielding’s Tom Jones – but satirical invocation of a communal voice. They conjure up the shared perspective of genteel home-counties society or ‘the minds of the surrounding families’ (P&P, p. 3), and they mimic the thought and language of this society – diminished thought and impoverished language in which the petty, self-interested assumptions of Mrs Bennet and her neighbours are casually dignified into something more. A masterstroke of comic bathos and teasing plot anticipation, the trick also foreshadows the clever intricacies, strategic indeterminacies and subtle, agile ventriloquisms of the narrative to follow.

About the Author: Thomas Keymer

Thomas Keymer is a contributor to The Cambridge Companion to 'Pride and Prejudice' (2013)....