The treason trial of Aaron Burr was not only one of the greatest criminal trials in American history; it was also one of the most dramatic and instructive. Read on for the full story about the case that changed the entire landscape of American law-making.

For more exclusive features and a 30% discount on this book and related titles, check out our Book Club. 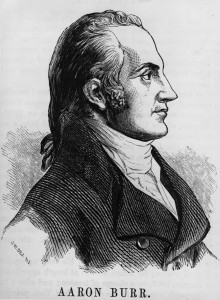 The treason trial of Aaron Burr was not only one of the greatest criminal trials in American history; it was also one of the most dramatic and instructive. The case began in l807 when President Jefferson announced to the nation that Aaron Burr, who had just completed his term as Jefferson’s vice-president (1801-1805), was guilty of levying war against the United States as part of a plan to separate the western states from the Union.  The trial, which lasted seven grueling months, took place in Chief Justice Marshall’s federal circuit court in Richmond, Virginia, where some of the best lawyers in the nation argued about the constitutional rights of criminal defendants and the constitutional meaning of treason. Thanks to national newspaper coverage, the trial turned into a “mind-jostling” debate over the nature of the young republic with Jefferson, Marshall, and Burr representing the contending options.

The trial is also replete with unanswered questions. How was it possible, for example, that a savvy politician and a brilliant lawyer like Burr, who fought courageously to create the nation, would want to destroy it, as Jefferson claimed? And if Burr didn’t want to divide the union, which seems to be the case, why would he make himself so conspicuously vulnerable to the charge? 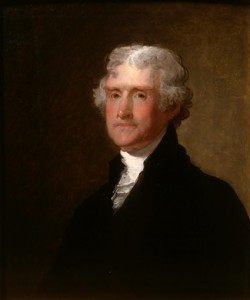 Equally puzzling: why would President Jefferson, who was a lawyer himself, pronounce Burr guilty to the entire nation without the benefit of a grand jury indictment or a jury trial? And further, why would the president, who had his hands full dealing with Spanish incursions in the Southwest, avoiding war with England, and stamping out dissent in his own party undertake to micromanage the prosecution in Richmond? This is especially puzzling since doing so would bring him face-to-face with his old enemy John Marshall, who was sitting as the trial judge. The personal and ideological conflict between the president and the chief justice turned the criminal trial into a constitutional showdown involving not only the constitutional meaning of treason and the constitutional rights of criminal defendants, but also the meaning of separation of powers in the constitution, and the rule of law itself.

If these issues are not enough to captivate and challenge historians, there is also the sheer drama of the trial itself, as some of the most brilliant lawyers in the country grappled over Burr’s fate and the constitutional definition of treason. What the stenographic records of the trial reveal—records running to over a thousand pages-is lawyers, judges, and politicians in the act of making law. While doing this, the key players put their own character on the line—along with their own vision of the new nation. Contemporaries, who witnessed the trial first-hand or read about it in the partisan newspapers of the day, rooted for their favorite and viewed the trial as a do-or-die battle over republican truth.

In this upcoming blog series, I will address a number of topics that will hopefully prompt interested readers to ask their own questions. Among the topics, which I deal with at length in the book, are the role of character and personality in the trial; Marshall’s much-disputed performance as trial judge; and the important and generally unexplored place of lawyers in the law-making process.

COVID-19 and the Vulnerability of...