Abou Jeng on peacebuilding in the African Union 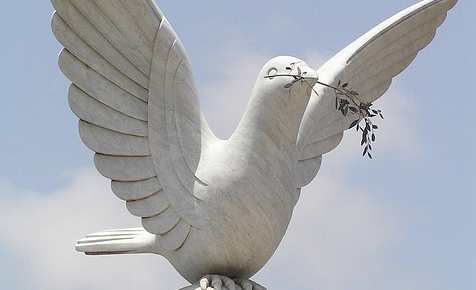 Abou Jeng's latest book has drawn considerable praise for highlighting the limited efficacy of International Law in curtailing conflict in the African region in contrast to the more promising approach embedded in the Constitutive Act of the African Union. He traces his inspiration and thinking behind the book below. 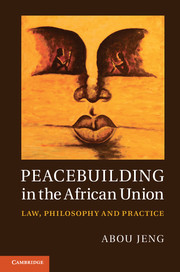 It is often said that the gestation of a book constitutes a set of “knowns” and “unknowns.” My book – ‘Peacebuilding in the African Union: Law, Philosophy and Practice’ – is no exception. Whilst the inspiration for it (the knowns) has been fairly constant, the book’s themes and key lines of enquiry evolved and drifted during research and writing. As a result, some of the themes and original focus had to be refined, redefined and recalibrated to enhance the quality of the book and its relevance to my core target audience. However, the reasons that prompted me to write the book have always remained constant. As a Gambian and a proud African, I have always been troubled and curious about what makes the African continent so susceptible to violence and conflict. In fact, for the large part, the social and political history of post-independence Africa has been a telling of violence and conflicts, with almost every region susceptible and exposed.

The more I enquired about this storied history, the more the motivation to investigate the nature and scale of the conflicts, as well as the destruction and dilemmas they posed. But for this to be effective – and perhaps different – it necessitated an interrogation of the capacity of international institutions and endogenous African frameworks in tackling conflicts. And so the fundamental concern of my book has been to gauge the relevance and applicability of international law in confronting postcolonial internal conflicts in Africa. It examines the perceived limitations in the philosophy and structural configuration of international law in the context of peacebuilding, and considers whether this necessitates a conceptual recasting. The importance of this recasting is not so much to break from the past, but rather to explore the potentiality of endogenous African instruments in the quest for a peaceful continental order. The book offers the window of opportunity embedded in the integrated normative and institutional framework of the Constitutive Act of the African Union as an alternative to both the recasting and approaches to confronting conflicts in Africa.

Launched in July 2002, in South Africa, the African Union was seen as the embodiment of a new spirit for the continent and the beginning of an era anchored in peace, democratic governance, development and inter-continental progress. The optimism was, and continues to be, driven by a resuscitated Pan-African vision and the potentiality of an aspirational continent increasingly confident about the future despite the challenges. The book outlines the role played by Thabo Mbeki’s South Africa, Nigeria under Olusegun Obasanjo and Libya under the late Muammar Ghaddaffi. It explores the prospective institutional outreach of the African Union through one of its most important objectives – peacebuilding. In so doing, Burundi and Somalia are chosen as case studies. Burundi was the first country in 2003 to experience the interventionist mechanism of the African Union’s Constitutive Act, whilst Somalia’s peculiar nature of “state collapse” for many years provided an angle of peacebuilding that was novel to the African Union.

Anchoring the peacebuilding initiatives on the Constitutive Act of the African Union, the book offers an engaged interpretation and extrapolation of the philosophy of peacebuilding embedded in the emerging framework through what is identified as the three constitutive subsets: the Corrective subset; the Restorative subset and the Preventive subset. The approaches and case studies offer a novel interpretation and analysis of the integrated African Union peace and security framework. Similarly, the interdisciplinary nature of the study makes the book the first work of its kind to examine the interactions between international law, peacebuilding and the African Union, which in addition to the case studies, provide context to the key concepts and arguments. Whilst the target audience of the book is broad, it will appeal to scholars, legal practitioners and social historians.

About the Author: Abou Jeng

Dr. Abou Jeng is the author of Peacebuilding in the African Union (2012). He is a human rights lawyer and Research Fellow at the Centre for Human Rights Practice, University of Warwick. His current research focuses on human rights and disaster risk reduction, consti...