The Perils of Darwinism

Is Darwinism Contributing to Harmful Effects on Current Attitudes Towards Climate Change?

Charles Darwin’s theory of “natural selection,” competition, and “survival of the fittest” describes evolution during intervals of stability. It tells us that over time, slow and gradual change creates the fittest and most dominant species. Darwin’s evolutionary theory works well when climate is stable. But what happens when climate changes rapidly? 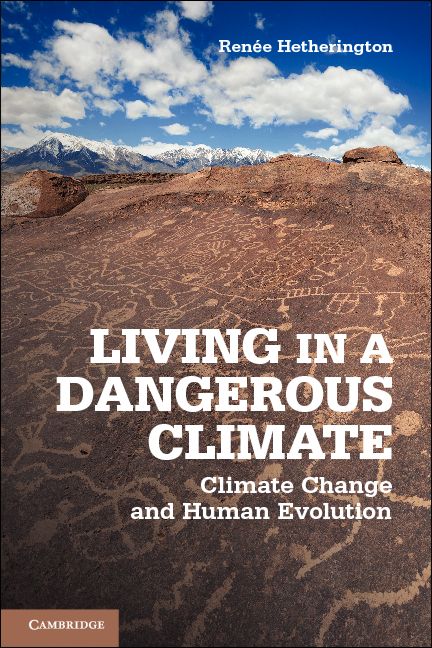 This is the subject of my forthcoming book, Living in a Dangerous Climate (on sale May), which questions whether today’s dominant societies – devoted as they are to Darwinism and survival of the fittest – contribute to our current reluctance to meet the hazards of a dangerous climate.

Geological and fossil evidence tells us of five major species extinction events in Earth’s history. The most recent Cretaceous extinction occurred 65 million years ago, when either a large bolide impact or massive volcanic eruptions rapidly changed Earth’s environment, causing 85% of all species to go extinct. The evidence suggests that dominant species thrive in an unchanging environment. But sudden changes in the environment cause inflexible dominant species to go extinct and allow other more flexible and nimble species to proliferate, as observed after the dinosaurs’ demise. It is also clear that species respond to rapid climate change in three ways: They migrate out of the affected area, they rapidly change, or they go extinct.

Homo sapiens have lived on this planet a brief 195,000 years; less than one tenth as long as Homo erectus. In response to climate change Homo sapiens migrated, first out of Africa, then into Southeast Asia, Australia, Europe and the Americas. But they also changed their behavior. They developed new stone tool technologies. Around 10,000 years ago they began to control and exploit other animals and plants and nature generally; they developed agriculture and created civilizations. They muted the impact of a changing climate with new innovations like fossil fuels and electricity. Homo sapiens’ dominance increased and as they proliferated, hunter-gathers began to disappear. Civilizations whose innovations and behavioral adjustments did not keep up with a changing environment, like the Maya and the Easter Islanders, also went extinct.

Today, Homo sapiens remain the dominant species. But with dominance comes drawbacks. Dominance protects us from change so we do not feel it or believe it can happen to us. We are more and more specialized and less and less flexible. We consume more and more of Earth’s limited resources. We increasingly alter and destroy our environment. Coincidently, economic and political instability, poverty, and ill-health have escalated. Our 7.0 billion population is twice what it was only 40 years ago. More people are experiencing more extreme weather events like floods and droughts and more devastating environmental disasters, whether they are natural-, climate- or human-induced. These disasters impact our economies, like the 2010 Tōhoku magnitude 9.0 earthquake in Japan that killed 16,000 people and damaged the Fukushima Dai-ichi nuclear power plant severely impacting Japan, the world’s third largest economy. Or the July 2010 floods in Pakistan that washed away crops, livestock and destroyed villages leaving 1700 dead, then returned in September 2011. Or the poverty, drought, conflict and rising food prices that left half the Somali population in crisis in July 2011 and 30% of children acutely malnourished.  These events leave no doubt that the environment and the economy are linked.

And just as species and environments change and evolve, so do economies. Using a similar mindset that we used to explain species evolution, we have deployed the theory of natural selection, competition and survival of the fittest to explain the evolution of economies. Our insistence that over time, slow, gradual change will create the fittest species, societies and economies is creating an expectation that we can sit back relax and let natural selection and survival of the fittest solve all of our problems. Yet such an attitude is blinding us to our need for change. We now live in a rapidly changing world, one in which Charles Darwin’s theory has become inoperable—a world created by our own dominance.

We need a new paradigm: One that operates in a rapidly changing world; one that recognizes our dependence on each other and other species on Earth; one that embraces diversity and differences and understands the need for flexibility and innovation. Like all other species on Earth, when faced with rapid change three options remain, migrate, but with 7.0 billion people there is nowhere left to go, change, or go extinct.

About the Author: Renée Hetherington

Renée Hetherington is the author of Living in Dangerous Climate: Climate Change and Human Evolution (2012). She was awarded a Canadian National Science and Engineering Research doct...