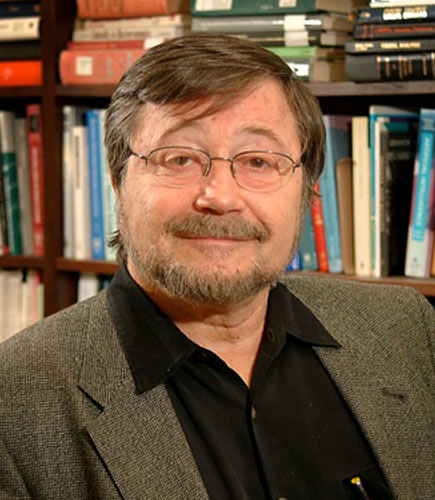 The Association for Computing Machinery  (ACM) has named Cambridge author Judea Pearl the winner of the 2011 ACM A.M. Turing Award, a prestigious honor widely considered to be computing’s equivalent of the Nobel Prize.

Named for British mathematician Alan M. Turing, the award has been given annually since 1966 to those who have made lasting and major contributions to the field of computer science.

Former Turing Award winner and current chair of the ACM 2012 Turing Centenary Celebration likened Pearl to the award’s namesake and credited him with “constructing procedures that might be harnessed to perform tasks traditionally associated with human intelligence” and providing “theoretical basis for progress in artificial intelligence” that led to “extraordinary achievements in machine learning.”

Alfred Spector of Google, which helps fund the award, said “Modern applications of artificial intelligence, such as robotics, self-driving cars, speech recognition, and machine translation deal with uncertainty. Pearl has been instrumental in supplying the rationale and valuable technology that allow these applications to flourish, and his clear and persuasive speaking and writing convinced the vast majority of the field to adopt new techniques.”

Pearl’s groundbreaking book, Causality: Models, Reasoning and Inference, has been recognized by the ACM as among the single most influential works in shaping the theory and practice of knowledge-based systems.

Speaking on Pearl’s win, Editorial Director of Mathematical Sciences David Tranah said “[the] award is especially appropriate for Cambridge as a whole. It’s the centenary of the birth of Cambridge mathematician Alan Turing; and a lot of Pearl’s work is in direct descent from Turing’s own contributions. People like this really do change the world and we are proud to be their publisher” while Senior Mathematics and Computer Science editor Lauren Cowles commented “this couldn’t have happened to a nicer guy.”

To commemorate the centenary, Cambridge is set to republish Alan M. Turing, Sarah Turing’s original biography enriched by a new foreword by mathematician Martin Davis and a never-before-published memoir by Alan’s older brother.